Happy New Year everyone! And what better way to get New Year’s Day going than with more Premier League football (and a full English breakfast)…

Everton and Leicester kick off 2019 at 12:30pm on Tuesday before two further games later that day. Wednesday sees the bulk of the fixtures, all of which are in the evening, before Man City host Liverpool at the Etihad for the ‘main event’ at 8pm on Thursday.

As always, we’ve also got extensive analysis on every Premier League game, and we’ve used that to find some of the best long-term and differential options available for Gameweek 21. 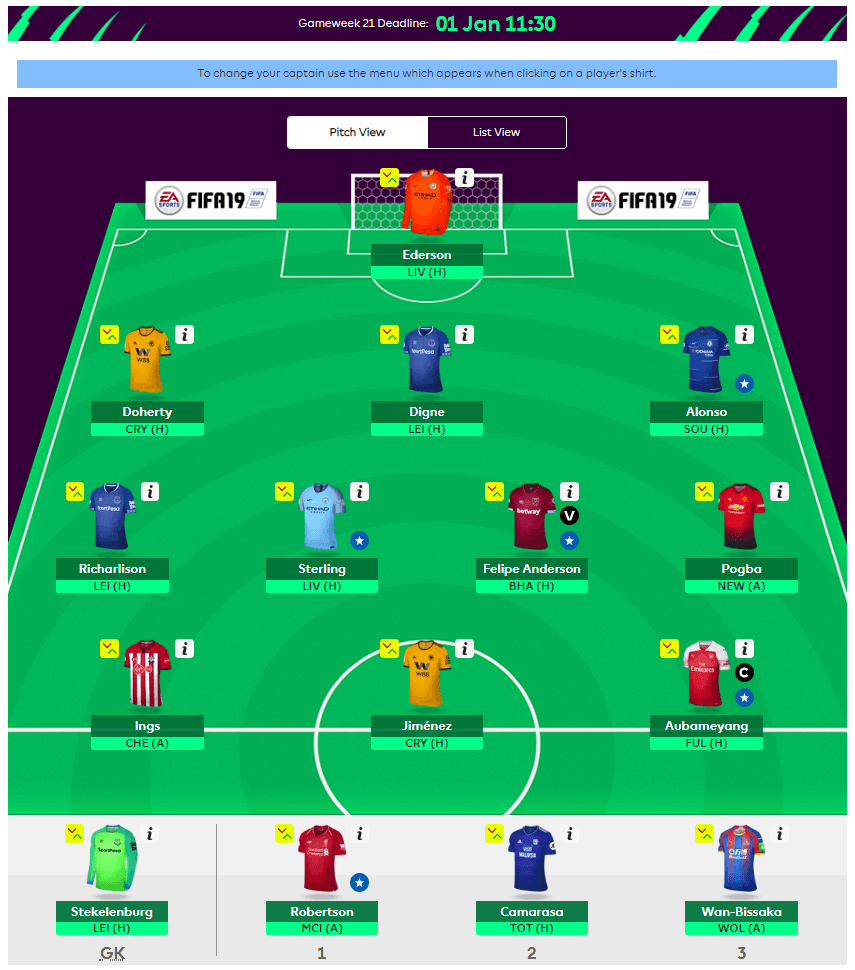 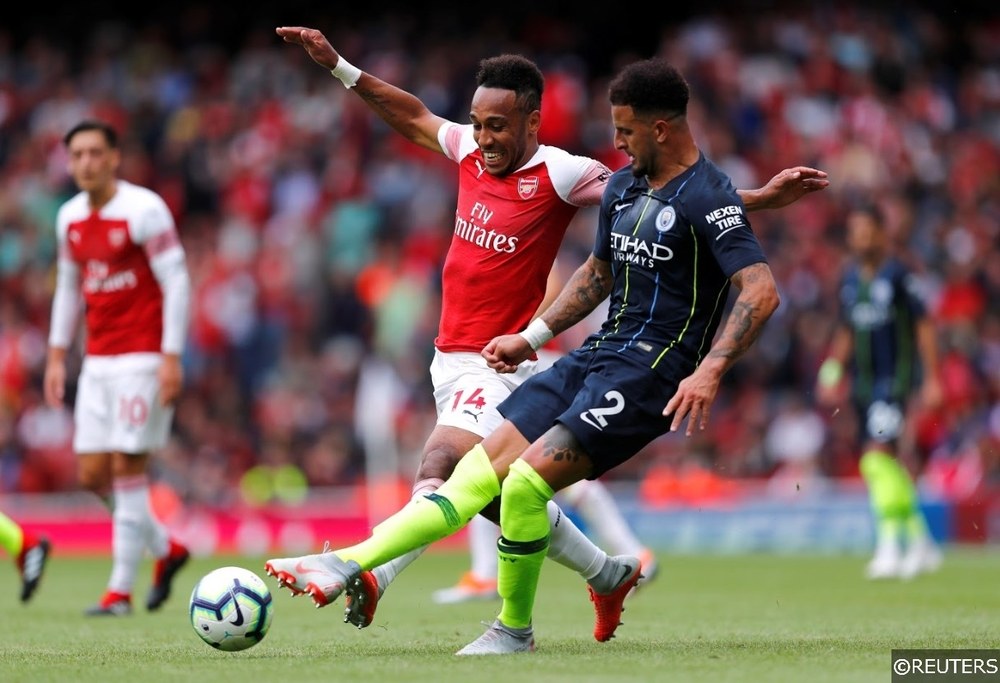 Aubameyang may have made just 13 touches of the ball in last weekend’s 5-1 defeat away to Liverpool but don’t let that distract you from his prior form. His three goals in the two games before that, two against Burnley and one against Brighton, see him on 13 goals total – joint top in the Premier League alongside Mo Salah and Harry Kane – and shows he makes the most of favourable fixtures.

The Gabon international is also averaging a massive 6.2 points per outing – more than any other FPL forward – and a visit from Claudio Ranieri’s Fulham on Tuesday is an ideal opportunity to keep that pace going. Not only have Fulham kept a clean sheet in just 10% of their Premier League away matches this season, but they’ve also conceded multiple goals in each of their meetings against the ‘big six’ so far.

Caretaker manager Ole Gunnar Solskjaer has been quick to restore Manchester United’s attacking values since being appointed to the position almost two weeks back, albeit in 5-1, 3-1 and 4-1 wins against three sides in the bottom half of the table. His most notable change though? The reintroduction of Pogba into a pivotal role in midfield. The Frenchman has scored four and assisted four since.

Solskjaer’s side travel to Newcastle on Wednesday and Pogba’s underlying numbers show why he’s the one to keep an eye on. He’s one of United’s top scorers and also their best creative outlet in terms of key passes – i.e. creating chances – and no doubt he’ll be looking to continue his form against a Newcastle side that have conceded five in their last three at St. James’ Park.

Felipe Anderson has become more and more influential at West Ham as the season has gone on. The Brazilian has bagged seven goals in his last ten Premier League appearances – no easy feat for even the best forwards – which when added to the rest of his goals and assists makes him the highest scoring midfielder under the £7.5m mark.

His 18 shots on target are second to none in the West Ham team and he also has creativity on his side, with his 36 key passes ranking him 13th in the league in that regard. Anderson faces a travel sick Brighton at home on Wednesday. Chris Hughton’s side have conceded at least two goals in five of their last eight five Premier League outings on the road.

Everton’s Lucas Digne has been one of the most impressive creators in the Premier League this season. His 37 key passes – helped by his set-piece duty – rank him 9th overall in the league for creativity and, notably, rank him top among defenders – Watford’s Jose Holebas is next closest (27). He’s been unlucky then to have earned just two assists so far.

Digne’s desirability as a Fantasy Premier League asset should be boosted in the coming weeks thanks to Everton’s fixtures. The Toffees were in reasonable defensive form before recent matches against Man City and Tottenham and they face none of the ‘big six’ over their next six. Marco Silva’s men start that run by hosting Leicester on Tuesday.

Doherty has been consistently impressive in his role on the right-hand side of Wolves’ 3-4-2-1 formation and at times you’d be forgiven for thinking he was a winger. Like Chelsea’s Marcos Alonso or Liverpool’s Andrew Robertson, he’s a very attack-minded defender, but unlike those two he’s an affordable budget option.

Wolves’ recent defensive record hasn’t been too impressive but that hasn’t affected Doherty’s returns. He’s produced more than the minimum 2 points in five of his last seven matches, and only one of those was thanks to a clean sheet… imagine how he’ll do when they do stop conceding goals!