The Premier League is back on Tuesday after a weekend off for the FA Cup, and with gameweeks 24 and 25 coming in short succession, we thought it’d be best to put together a fantasy football tips article that covers both sets of matches!

As we look forward to this week of Premier League action, it makes sense that we not only focus on the sides that have the most favourable fixtures in the coming days, but also on those which go into it in the best form.

As always, we’ve also got extensive analysis on every Premier League game which we’ve used to find some of the best long-term and differential options available for gameweeks 24 and 25. 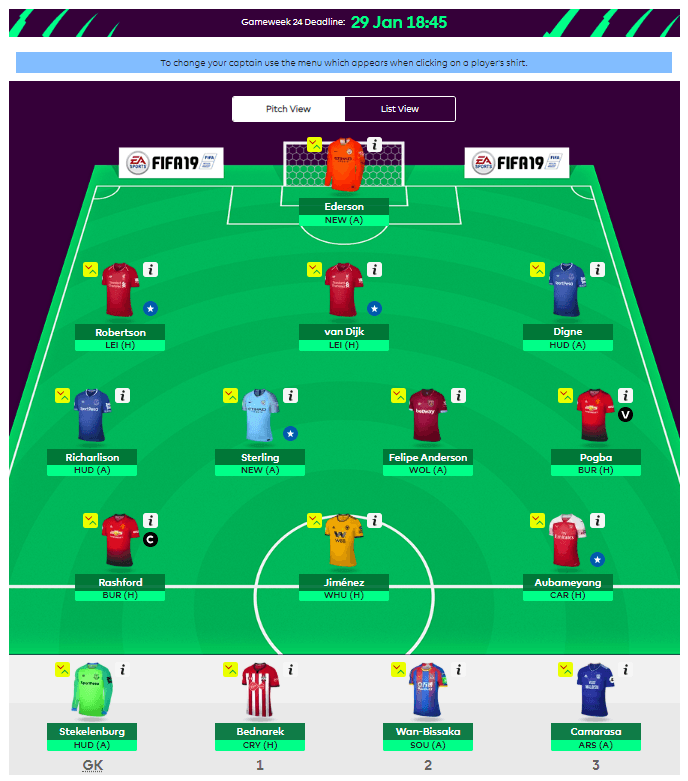 Mo Salah is arguably the only player who looks essential at the minute. He’s just under pace to reach the record Fantasy Premier League score of 303 points set by himself in 17/18 and his 177 point total is the highest number of any FPL player. Salah’s consistency is what sets him apart in the Liverpool squad. He should be a default captain option.

He’s scored double digits in six of his last eight outings and you’d have to like Mo’s chances of continuing this form in a match at home to Leicester on Tuesday. Not only did the Foxes concede four in their last away trip to Wolves, but Liverpool have also scored two goals or more in 6 of their last 7 Premier League matches at Anfield.

Six straight Premier League wins under caretaker manager Ole Gunnar Solskjaer has made Manchester United assets very much worth consideration. Solksjaer looks to have restored United’s attacking values and one of the players to have benefited – alongside Frenchman Paul Pogba – has been Marcus Rashford. He has started every league outing under the Norwegian, scoring five and assisting two in the process.

In fact, over that period, Harry Kane was the only striker to be involved in more goals. As for shots on target, no other forward has recorded more than Rashford’s 14, with teammate Paul Pogba the only player to have recorded more overall (16). Rashford has another huge opportunity to keep this form going at home to Burnley on Tuesday. Sean Dyche’s men concede an average of almost two goals per game on the road. 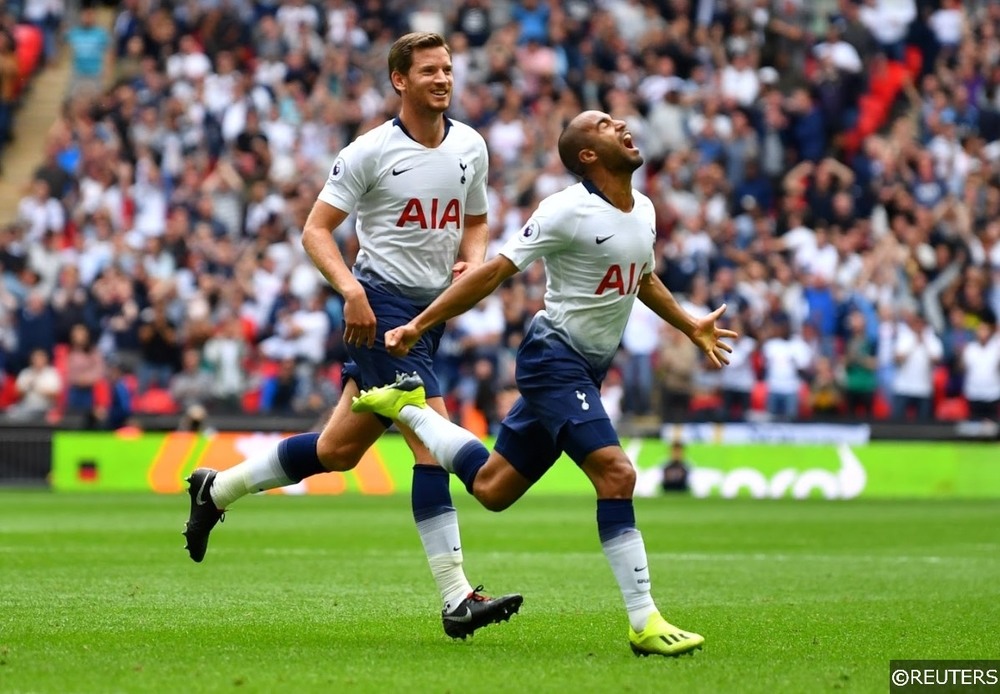 You might be surprised to find out that Lucas Moura is actually Tottenham’s fifth-leading scorer in Fantasy Premier League. The Brazilian has registered 84 points from six goals and two assists this season and with Spurs juggling a number of absentees – Kane and Alli are out and Son may be rested after just returning from the Asian Cup – he should be straight back in Mauricio Pochettino’s starting line-up now he’s recovered from his knee injury.

His attacking threat has been consistent when on the pitch in 18/19 – he’s registered the 5th most shots on target within the squad – and he’s also impressed when it comes to creating chances – he’s registered the 5th most key passes among his teammates too. Moura does, therefore, have the potential for returns both playing as a lone forward or just supporting target man Fernando Llorente. The Brazilian looks a shout to build on his numbers in matches at home to Watford and Newcastle over the next seven days. 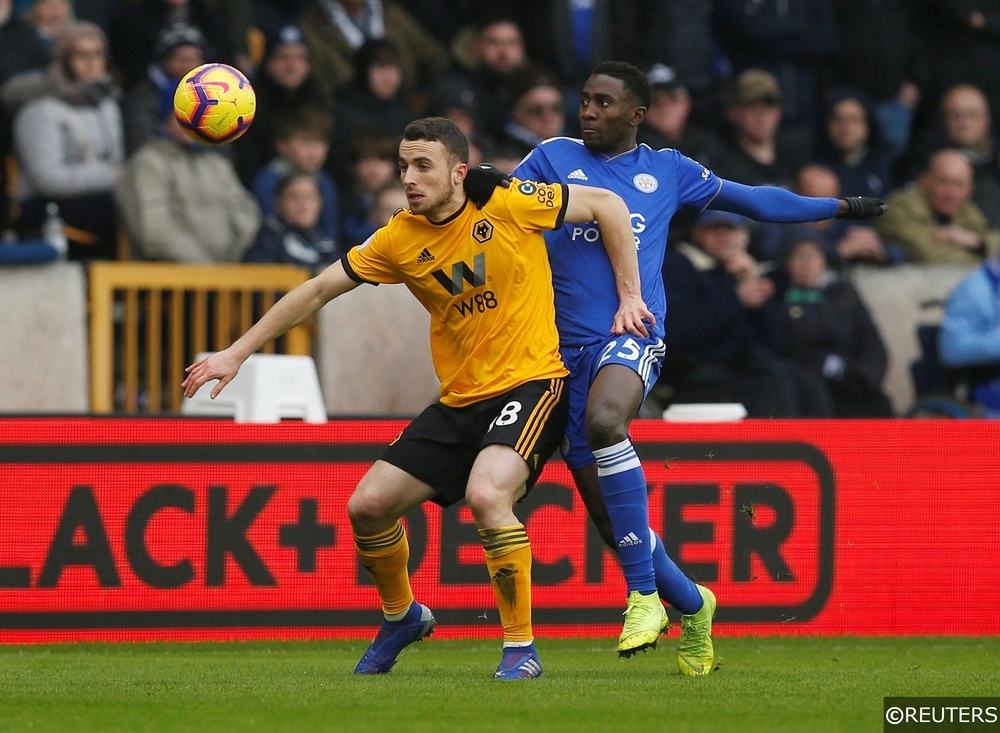 Diogo Jota was a very interesting prospect for FPL managers at the start of this season. His proven eye for goal in the Championship – Wolves’ top scorer (17 goals) and ranked second overall for shots on goal (120) – meant he was a differential choice for those that thought Wolves were going to do well. Being classed as a midfielder was an added bonus for a player that actually plays a forward role. However, the 21-year-old disappointed with no goals and just one assist from his nine Premier League starts.

Fast forward to 2019 and Jota looks to have found his feet after being repositioned as a supporting forward to Raul Jimenez in a 3-5-2. He scored a hat-trick at home to Leicester last time out and he’s tallied five goals and two assists from his last four appearances. It seems very unlikely that he would be dropped or rotated after such strong returns so he looks a reasonable option for a budget midfielder with matches at home to West Ham and away to Everton in the coming week. 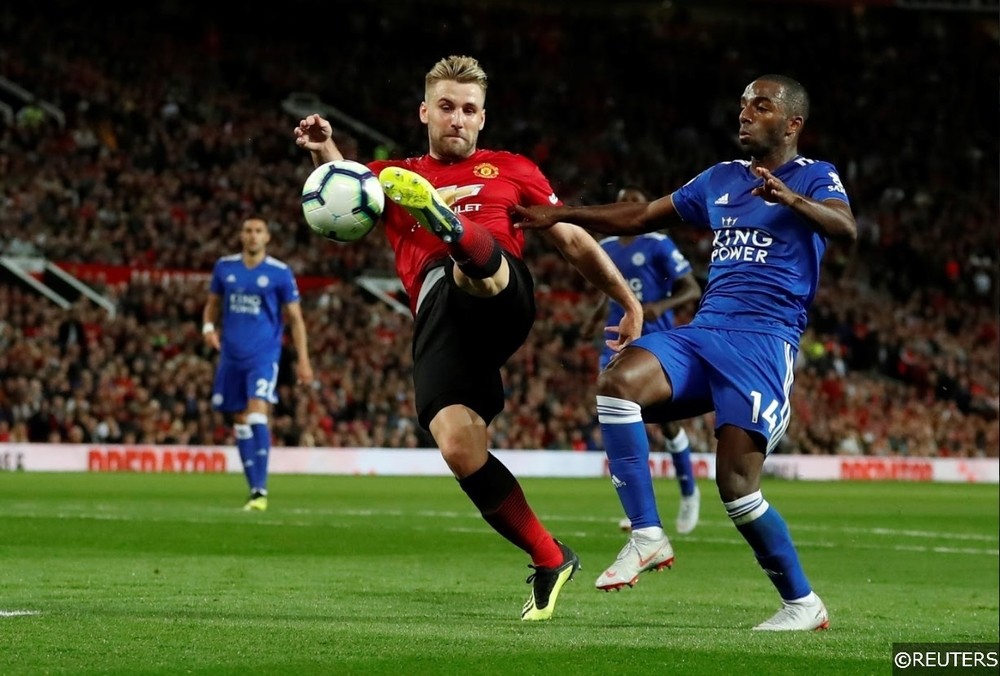 Ole Gunnar Solskjaer hasn’t only rekindled Man United’s love of goals since returning to Old Trafford. New-found stability at the back should also spark interest in a United defender such as Luke Shaw. Shaw earned 13 points from back-to-back clean sheets against Newcastle and Tottenham – the latter of which saw him collect two of the maximum three bonus points – and United were unfortunate not to make that three in a row against Brighton.

Facing Burnley at Old Trafford on Tuesday and away to Leicester City on Sunday are both reasonable opportunities to get back on track. Sean Dyche’s men have failed to score in four of their last six on the road and they’re the joint-third lowest scoring side in Premier League away matches. Leicester, meanwhile, are averaging just one goal scored per game at the King Power Stadium this season – a number that a team like United should be able to combat.

Raul Jimenez (Wolves) vs West Ham (H) and Everton (A)

Paul Pogba (Man Utd) vs Burnley (H) and Leicester (A)

Danny Ings (Southampton) vs Crystal Palace (H) and Burnley (A)

Jan Bednarek (Southampton) vs Crystal Palace (H) and Burnley (A)