Friday can’t come quickly enough! Fantasy Premier League (FPL) managers across the world eagerly await the opening fixture of the 2018/19 Premier League season between Manchester United and Leicester City, but is your squad set up and ready to go ahead of the 7pm deadline?

If not, don’t worry! Free Super Tips has your back.

Whether you are looking to build an FPL team from the ground up, or maybe just searching for that final piece of the puzzle, our GW1 squad options are there to help you make those niggling decisions.

Be sure to bookmark and follow our weekly Fantasy Premier League blogs for FPL tips and strategy that will see you rise to the top of leagues and earn those all so satisfying bragging rights at the workplace. 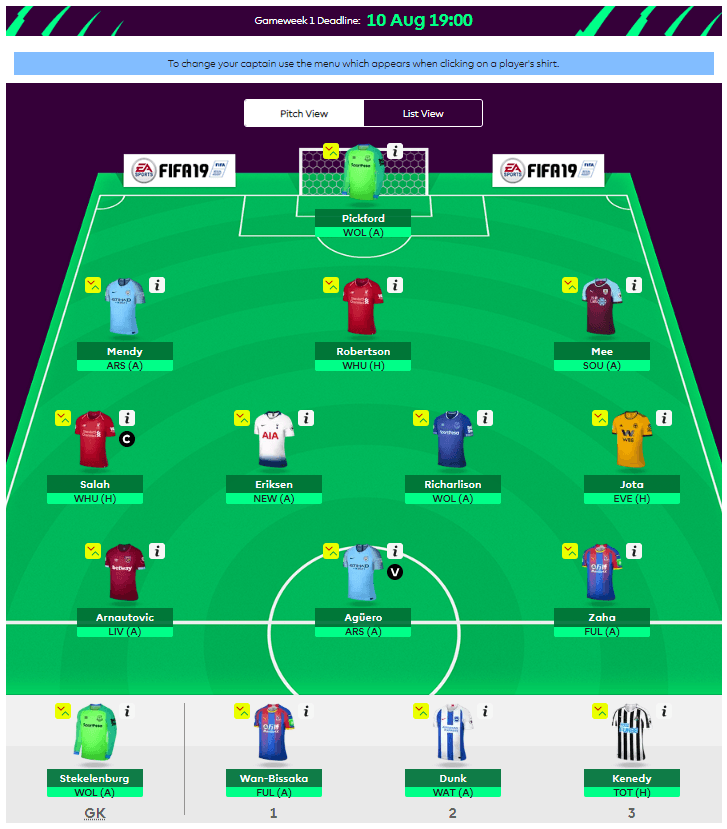 “To Salah, or not to Salah?” is the first question that every FPL manager should be asking themselves. Everyone knows the Egyptian King by now, but will he be able to replicate or better his record breaking 303 point total from last season? Unlikely, but there’s still loads of reasons why Mo Salah is a must have for GW1.

Salah was VERY consistent in his returns last term, scoring or assisting in 27 of his 36 appearances. Also, of Salah’s 32 goals and 12 assists last season, 19 (60%) were scored and 8 (66%) were assisted at Anfield. Fortunately for The Reds, their season kicks off with an opener at home to a West Ham side yet to play competitively under Manuel Pellegrini. What more could you ask for?

Pierre-Emerick Aubameyang set the Premier League alight after joining Arsenal from Borussia Dortmund midway through the 17/18 campaign. He scored ten goals and assisted four over thirteen appearances for The Gunners, which works out as an average of 6.7 points per match in FPL terms – the second best average among forwards last season.

Following his Premier League debut in Gameweek 26, no forward bettered the Gabon international’s 19 shots on target and 14 big chances. Only Manchester City (61) scored more goals at home than Arsenal (54) last season too, and with ‘Auba’ in good pre-season form and well rested after merely spectating the 2018 World Cup this summer, he should prove a huge threat to the City defense on Sunday. 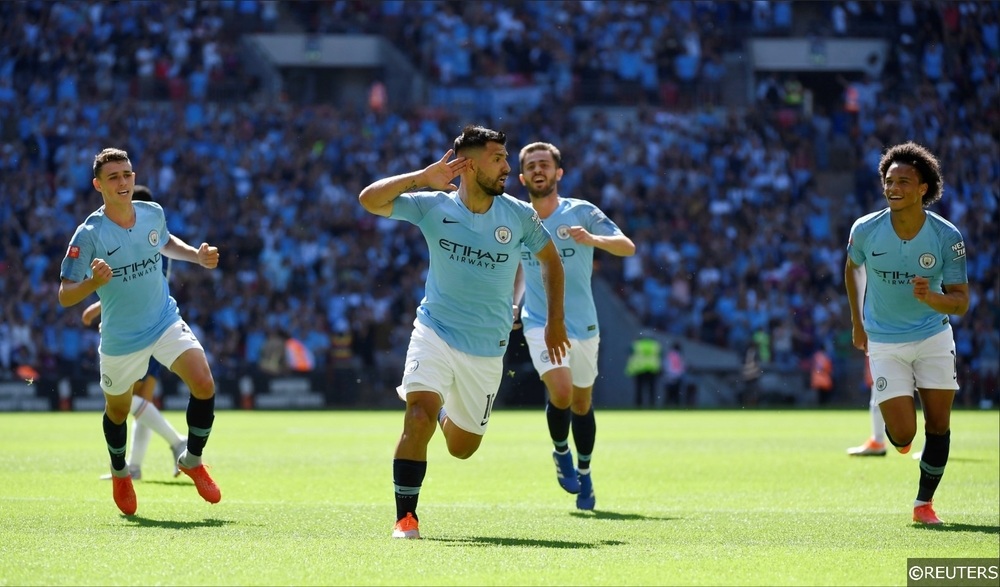 Find yourself going back and forth in your head about Man City attacking options? Look no further than Sergio Aguero.

Now we know that Pep Guardiola has become well known for his sporadic rotation, and that some FPL managers will be uncomfortable investing £11.0m into a player that might find himself rested every so often, but there are loads of indications to show why the Argentinian is Pep’s number one choice up front – if not only for the fact that he started 22 of City’s 38 Premier League matches last season, despite a spell sidelined.

Pep has said before that he wants to play Aguero and Jesus together in a 3-5-2 set up, but the Spaniard is also known to favour the 4-3-3 that caused so much destruction in their 17/18 title winning campaign. And who takes that lone forward spot in the latter? Just take a look at Man City’s starting lineup for the Community Shield last weekend, where Aguero scored both goals in the 2-0 win against Chelsea.

Richarlison’s up and down 2017/18 campaign at Watford looks to be correlated to one major variable – the presence and eventual absence of manager Marco Silva. Hence, the fact that Silva chose to make the Brazilian his first major signing at Goodison Park should do wonders for him and his FPL potential.

Richarlison gets himself into lots of scoring opportunities using his pace – in fact, his 95 shots on goal were more than double that of the next closest Watford teammate last season – and the quick tempo at which Silva likes his teams to play at should suit Richarlison well. Even though Everton have been unimpressive in pre-season, anything can happen in the Premier League and there are tougher fixtures than against a newly promoted Wolves.

Since securing a first-team role under boss Jurgen Klopp, Andrew Robertson has been a revelation for The Reds. He recorded a goal, five assists, ten clean sheets and 12 bonus points over 22 appearances in the 17/18 campaign, which works out as an average of 5 points per match in FPL terms – a joint top for defenders last term.

Robertson finished last season on a high too, tallying a massive 18 points in a home win over Brighton & Hove Albion, and the raiding full-back looks one of the best options for offensive and defensive returns for an FPL defender overall, let alone just GW1. Liverpool were the second toughest team to break down in front of their own supporters last term, conceding just 10 goals, and this should only get better with LFC’s addition of Alisson in goal.