Fantasy Premier League’s somewhat unpredictable opening weekend was one for full-backs as Gameweek 1 saw the likes of Luke Shaw, Patrick van Aanholt, Benjamin Mendy, and Andrew Robertson (among others) getting business done with double-figure returns.

Belgian big hitters Romelu Lukaku, Kevin De Bruyne and Eden Hazard found themselves limited to roles off the bench for their respective clubs, while England’s Harry Kane still remains without a goal in August.

Such a contrast in performances has sent FPL managers into a frenzy, with three of this week’s top transfers coming in the form of defenders, but which players represent the smartest investments ahead of Gameweek 2? 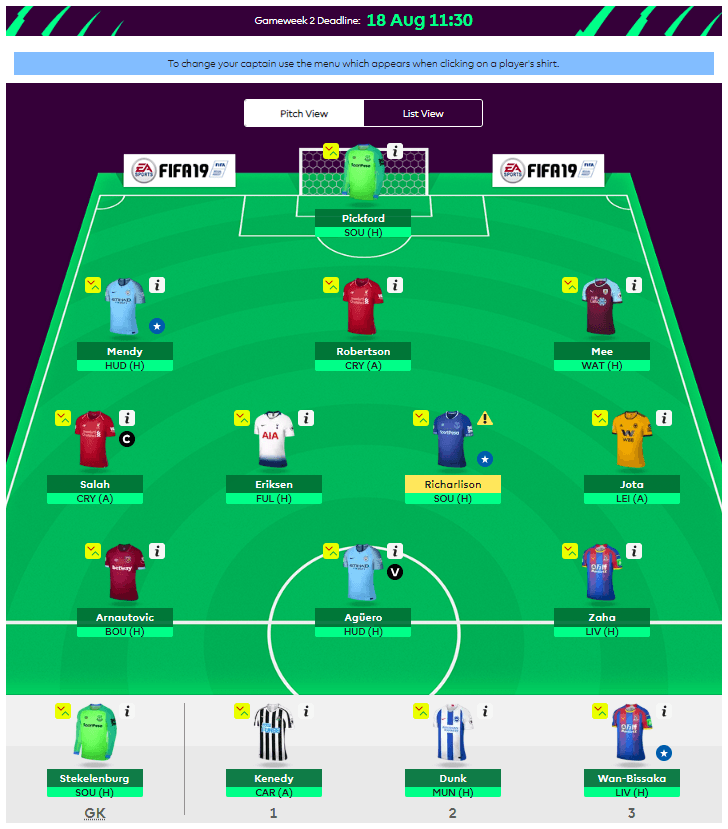 Sadio Mane was a player that we (and many others) had our eye on ahead of Gameweek 1, and his performance against West Ham on Sunday has only confirmed our suspicions. The Senagalese forward was arguably just as dangerous as FPL favourite Mo Salah – even though his second goal was offside – and he found himself in scoring positions much more frequently than workhorse Roberto Firmino (£9.5m).

Mane’s two goal, clean sheet and three bonus point haul earned him a total of 16 points – the joint highest score of GW1 – and he looks an essential to every FPL team for the future. The Reds looked as dangerous as ever with Naby Keita pulling the strings in midfield and Robertson and Alexander-Arnold providing the width. Liverpool and Mane WILL be scoring many more goals this season and you can expect him to be well worth the £9.6m as a long term investment for ANY fixture, with or without the Egyptian King in your team too. 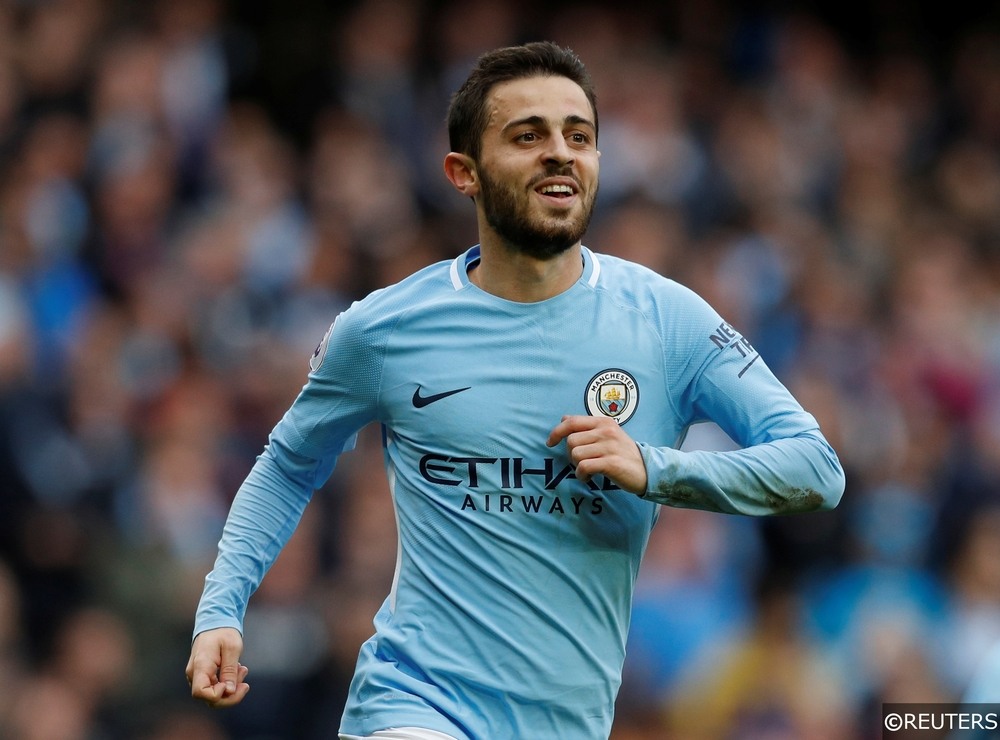 Bernardo Silva’s influence at Manchester City has been steadily growing since his switch from Monaco last summer. He was one of City’s standout performers in pre-season, being involved in four of their seven goals, and continued that form in Sunday’s trip to the Emirates to face Arsenal, where he scored one goal and kept a clean sheet for a total of 8 points in their 2-0 win. His modest price tag (£7.5m) and low ownership (8%) make him a perfect option as a differential, as well as a low-cost route into the free-scoring City attack.

With midfielder Kevin De Bruyne now potentially ruled out for a few months, Bernardo Silva should be expecting to play a much more consistent role in the weeks to come, starting with Huddersfield Town on Sunday, where City are 1/16 favourites. Goals and the Etihad come hand in hand these days, and the fixture looks to be more of a formality after both teams’ performances last weekend. Silva’s FPL form – he has started in seven of City’s last eleven league matches, scoring in five of them – makes him the favourite for further returns. 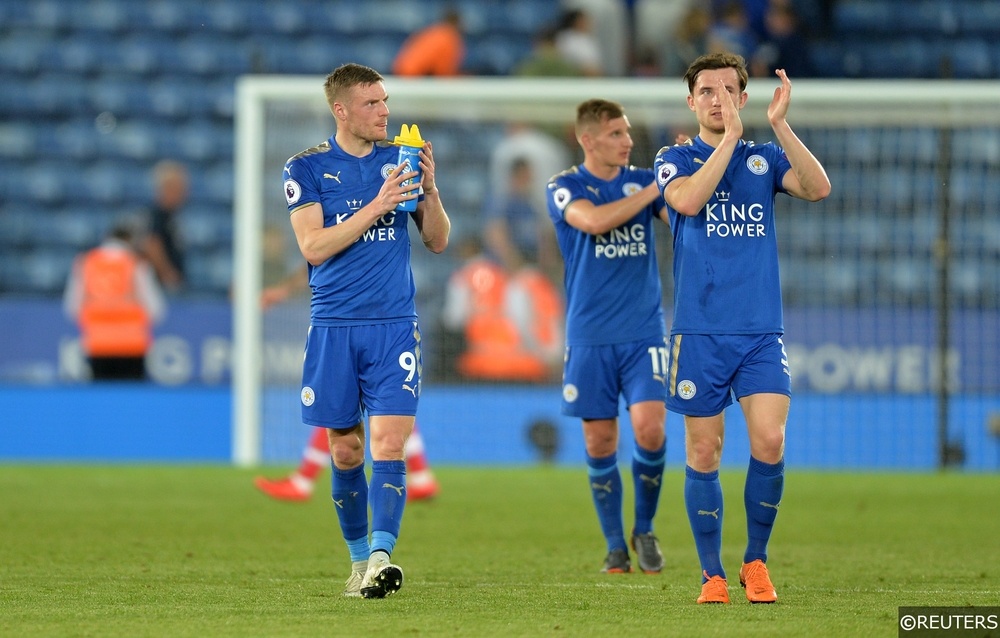 Jamie Vardy was another player reduced to a cameo off the bench following a long footballing summer in Russia. He wasn’t among our ones to watch for Gameweek 1, but that was mostly because of the uncertainty surrounding Leicester City after selling their best asset, Riyad Mahrez, to Manchester City. Following their performance in the Premier League opener against Manchester United though, Vardy looks a good option for the coming weeks.

Our worries about Leicester’s creativity in the final third were quickly extinguished as playmaker James Maddison, who may perhaps not be on the same level as Mahrez, was able to provide some dangerous delivery for The Foxes against United. Full-backs Ben Chilwell and Ricardo Pereira were also both threats when pushing forward, with the latter providing the late assist for Vardy’s goal off the bench.

World Cup winner Benjamin Mendy was always going to have the role at left-back for Manchester City. After signing for the club for £52m from Monaco, the Frenchman put in a few quality performances before sustaining a season-long injury in September of 2017. He returned to the Premier League with a bang after putting in a phenomenal performance against Arsenal, providing both assists in the 2-0 win against the Gunners at the Emirates. At times you’d have been forgiven for thinking he was a winger.

His role saw him take up very advanced movement up the pitch from his official left-back role, with Kyle Walker falling to operate almost as a third center back when he did. Mendy found himself regularly making overlapping runs on the left wing, and even through the middle at times. Even as a premium priced defender he offers amazing value, firstly as a way into the City defense, but also thanks to his attacking potential in future fixtures. 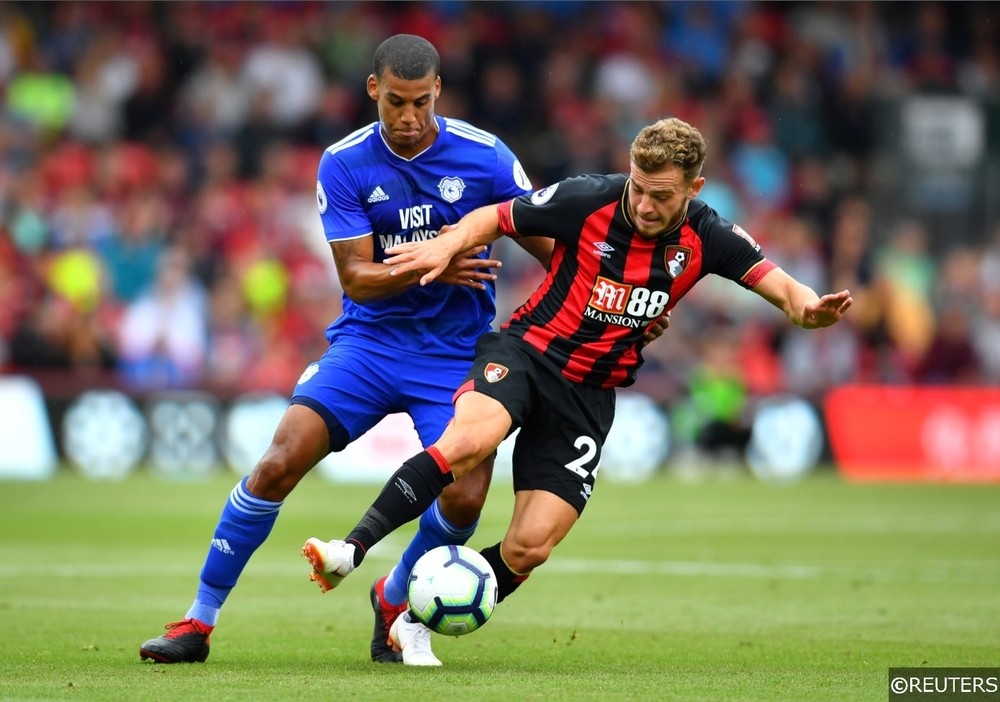 Bournemouth midfielder Ryan Fraser flew completely under our radar ahead of Gameweek 1 – we had our eyes on forward Joshua King instead – but he didn’t half put in a shift against Cardiff on Saturday. He scored The Cherries’ opening goal of the season with his only shot on target in the 24th minute, but continued to be a creative outlet with a further three key passes over the duration of the match.

His performance was worthy of the maximum 3 bonus points, which took him up to a tidy 11 points for the weekend – the 5th best score of any midfielder. Bournemouth face just one of the ‘Big Six’ over their next nine Premier League outings, so he looks a worthy investment at just £5.5million for FPL managers looking for a budget 4th or 5th midfielder.