IT’S HERE! Gameweek 38 marks the final weekend of Premier League football for the 2017/18 season, with all ten Premier League fixtures kicking off simultaneously at 3pm. Some FPL leagues will be no doubt be going down to the wire, and this weekend could be make or break for bragging right at the workplace. If you need some help making decisions on who to transfer in or captain for Sunday, this is the article for you.

Below you’ll find this week’s starting lineup for the Free Super Tips Fantasy Premier League team, candidates for the captain’s armband, and other potential transfer options worth consideration ahead of Gameweek 38. 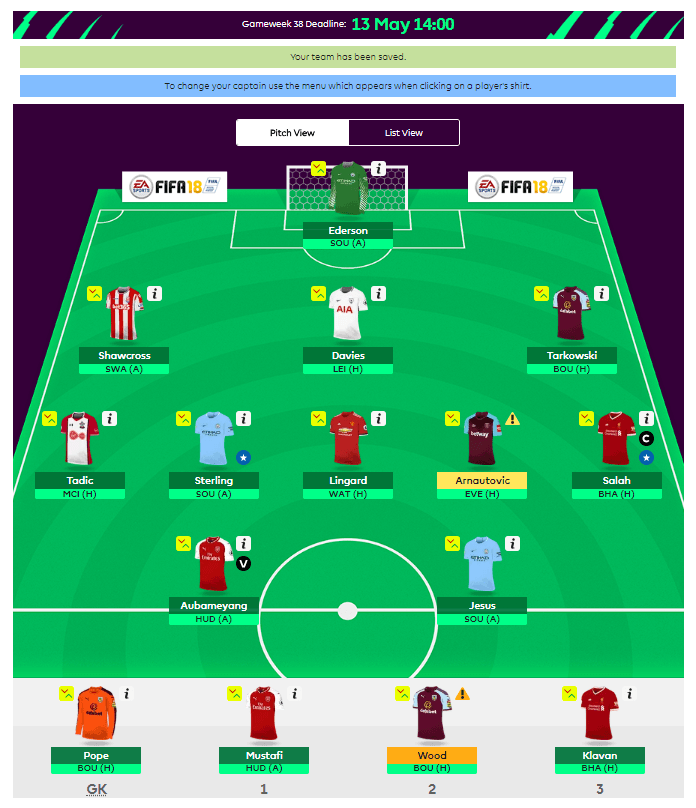 Salah’s blank against Chelsea at Stamford Bridge was the first time the Egyptian has failed to find the net in two successive matches since Gameweek 8. He’ll no doubt be eager to avoid making that three in a row at the close of the season as Brighton come to visit on Sunday. Brighton have struggled to shut out opponents as of late, recording just two clean sheets from their last 16 matches, and Mohamed Salah’s outstanding record on home turf makes the ‘Egyptian King’ (to no surprise) a top option for the captain’s armband. Salah has delivered nine double-figure points scores at Anfield, more than any other FPL player, and seven of his last nine league goals have been there too. 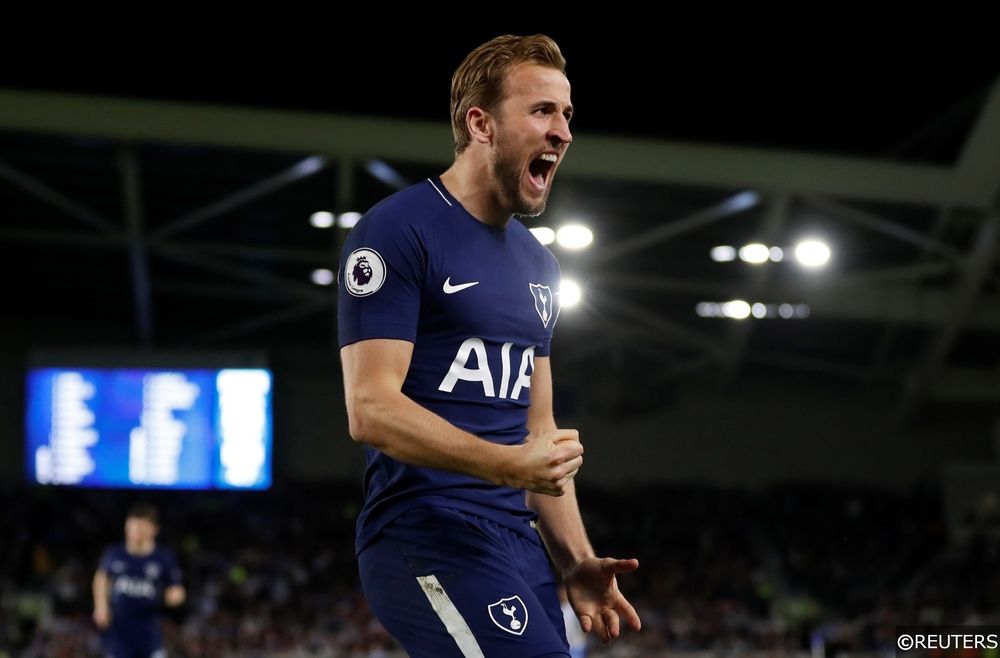 Having netted in three of his last four, Kane find himself three goals behind Mo Salah in the race to be the Premier League’s top scorer. It’s a long shot that he’ll win it, of course, but the Englishman does have a strong record against Spurs’ opponents this weekend, Leicester City. Kane has scored five goals against them over their previous two league meetings, and the Foxes travel to Wembley Stadium with just two clean sheets in their last 13 matches. Statistically, Kane has a bigger goal threat in home matches too, ahead of even Salah in terms of shots (108 to 89), shots in the penalty area (68 to 67) and shots on target (47 to 40).

Having scored or assisted in eight of his last nine matches, Aubameyang is a standout option for Arsenal’s fixture at Huddersfield Town. He was the top-scoring player in Gameweek 37 with 23 points from three goals, an assist and four bonus points, and with Huddersfield having conceded two goals or more in four of their last seven at home, the Gabon international should like his odds of finishing the season off with a bang. Gunners team-mate Alexandre Lacazette is also worth a mention. He’s expected to return to the starting XI for Arsene Wenger’s final match in charge and he boasts five goals and an assist in his previous five. 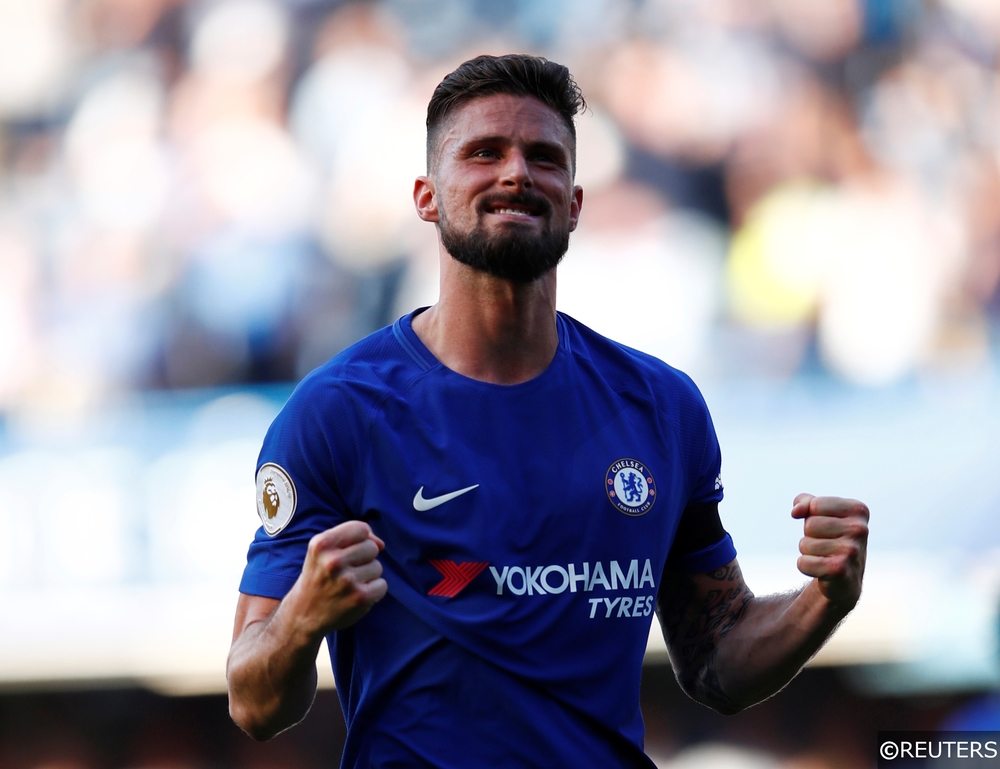 Olivier Giroud has inspired Chelsea’s end-of-season surge, scoring four goals over the Blues’ last six matches (W5 D1). He appears to have edged ahead of team-mate Alvaro Morata for the lone forward role and should return to the starting XI for their trip to Newcastle United on the final day. Giroud scored one and earned the maximum three bonus points in his last start (a 1-0 win at home to Liverpool) and the Frenchman boasts an exceptional record against Newcastle, claiming eight goals and two assists in nine Premier League meetings.

Rested during the week against Brighton, at many FPL managers’ expense, Raheem Sterling should be back in Pep’s starting XI for the final day of the season. City still have their aim on breaking a few Premier League records and have scored three goals or more in four of their last five away days – needless to say that the Citizens are the most dangerous offense in the league. Guardiola’s men travel down South on Sunday to face Southampton, and with three sets of double-figure scores from his last four matches, Sterling remains the best way into their midfield.

For those that have not looked into Crystal Palace players, the Eagles remain a sensible source of investment for the final day of the season, especially with such low ownership numbers. Wilfried Zaha has been Palace’s stand out performer since returning from injury in Gameweek 30. He assisted one in last weekend’s 2-1 win over Stoke City, which takes his tally up to four goals, two assists and six bonus points from his last five (an average of around eight points per game). Crystal Palace scored five against Leicester last time out at Selhurst Park and will face an already relegated West Brom on Sunday.