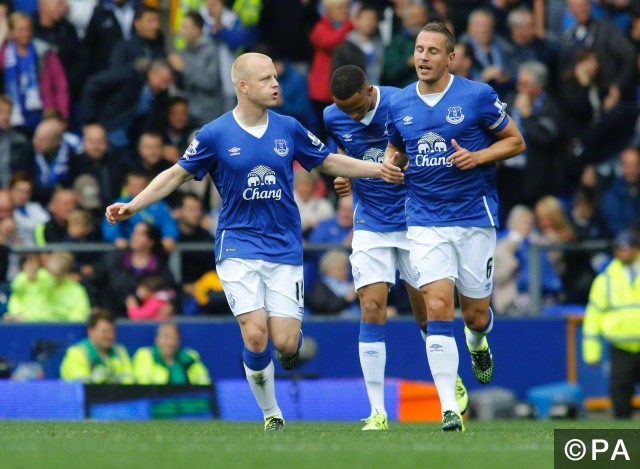 Everton forward Steven Naismith is currently undergoing a medical at Carrow Road ahead of his expected move to Norwich. The fee is believed to be around £8.5 million and the deal should be completed by the end of the day. The sale should free up funds so that Everton can move for Dynamo Kiev’s Andriy Yarmolenko.

Also close to signing for the Canaries is Wolfsburg defender Timm Klose. Apparently everything is going to plan and they are expecting the signing to be completed sooner rather than later.

Sunderland’s 28 year old winger Jeremain Lens has insisted that he is happy at the Stadium of Light as speculation about his future grows.

Southampton have rejected an initial £8 million bid from Liverpool for their 29 year old striker Shane Long, but the Anfield outfit are expected to increase their initial offer in the next few days.

Mathieu Debuchy could be on his way to Villa Park. The Arsenal full back has come out and said he regrets making the move to the Emirates and has been speaking to Villa boss Remi Garde about a potential move there.

Tottenham Hotspur are planning on upping the pressure on Fulham as they try to sign 19 year old striker Moussa Dembele. But the Championship club are reluctant to part ways with him.

Leicester and FC Copenhagen have come to an agreement over 21 year old defensive midfielder Daniel Amartey. The fee is around £5 million, and the top four side are now discussing personal terms with the player.

West Ham are bracing themselves as reports emerge that Manchester City are lining up a bid for their talented young defensive midfielder Reece Oxford.

Newcastle are in ongoing talks with Spurs over the purchase of Andros Townsend. The talks are thought to be in advanced stages, and the odds of Newcastle signing the winger have been slashed to 1/8 on SkyBet