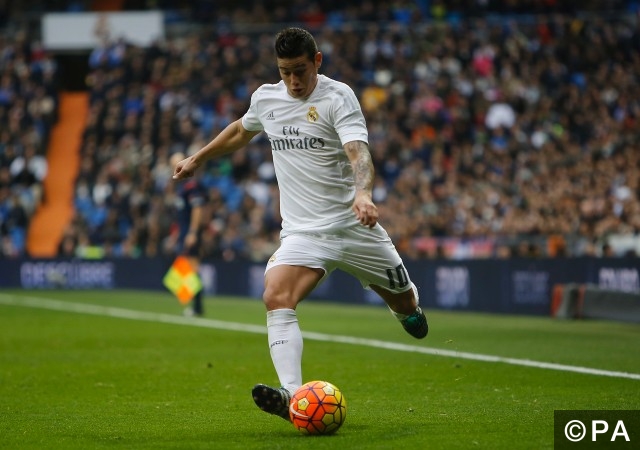 The breaking news this morning is that Southampton are on the verge of signing QPR striker Charlie Austin. The English frontman was one of the top scorers in the Premier League last season despite QPR being relegated. The fee is believed to be a mere £4 million, and he is curently undergoing a medical.

The signing of Austin may pave the way for current Southampton striker Shane Long to move to Liverpool in an £8 million deal.

Another striker that Liverpool are interested in is 21 year old Athletic Bilbao forward Innaki Williams. The young striker has a £15 million release clause in his contract at Bilbao.

Manchester United are considering breaking their transfer record by signing Real Madrid’s James Rodriguez. The 24 year old attacking midfielder cost Madrid £63 million in 2014, and it’s likely that they will want more than that due to their transfer ban. Could we see David De Gea going the other way?

Norwich are set to boost their defensive options with the £9.2 million signing of 27 year old Wolfsburg defender Timm Klose.

Alan Pardew is looking to sign a much needed striker this January, and he has confirmed reports that Emmanuel Adebayor is one of the options he is looking at.

Watford are ready to sign Malaga’s 28 year old winger Nordin Amrabat. They have apparently activated a £6 million release clause in his contract and are just sorting out the terms of his contract.

Swansea’s summer signing Andre Ayew could be on his way out of Wales. Sunderland have apparently made an approach for the Ghana international, but Swansea aren’t keen on parting with one of their few attacking players.

Everton have had an offer accepted by Leeds for young defender Sam Byram, however the Goodison Park outfit have competition. West Ham and Newcastle are believed to have made 11th hour bids for the 22 year old. The Leeds defender has also been left out of their squad for today, indicating that a move is close to completion.

Lyon’s top striker Alexandre Lacazette has come out and said that he will not leave the club in January, but could be open to a move to England in the summer. Chelsea and Newcastle are interested in the 24 year old attacker.