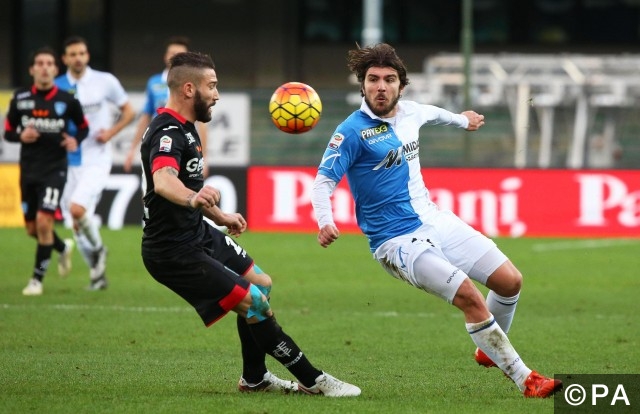 Alexandre Pato has passed his medical at Stamford Bridge and officially moved to Chelsea on a six month loan. Chelsea are expected to purchase the 26 year old striker from Corinthians at the end of the loan period.

Swansea have wrapped up the signing of Chievo’s 26 year old striker Alberto Paloschi for a fee believed to be around £8 million.

West Brom have completed the signing of QPR midfielder Sandro on loan for the remainder of the season.

Sunderland have reportedly agreed a £9 million fee for Bordeaux’s Wahbi Khazri and will complete a the signing of the player over the weekend. The deal comes after Sunderland abandoned their chase of Swansea’s Andre Ayew.

After having their transfer ban suspended Real Madrid are set to re-ignite their interest in Manchester United goalkeeper David De Gea.

It looks like Liverpool’s pursuit of Alex Teixeira is over. Shakhtar Donetsk have told the Anfield club that they will have to meet his release clause of £53 million if they want to sign the attacker.

Leicester are set to beat Newcastle to the signing of Chelsea striker Loic Remy. The Premier League leaders will pay £11.5 million for the 29 year old forward.

Newcastle will also miss out on West Brom’s Saido Berahino. The Baggies are reluctant to sell the 22 year old striker to a club near the bottom of the Premier League.

Diego Simeone wants to bring Diego Costa back to Atletico Madrid, and he is willing to send 29 year old striker Jackson Martinez the other way to do so.

Swansea will continue to try and strengthen their chances of staving off relegation by signing Dwight Gayle. They are believed to have made an £8 million bid for the Crystal Palace winger.