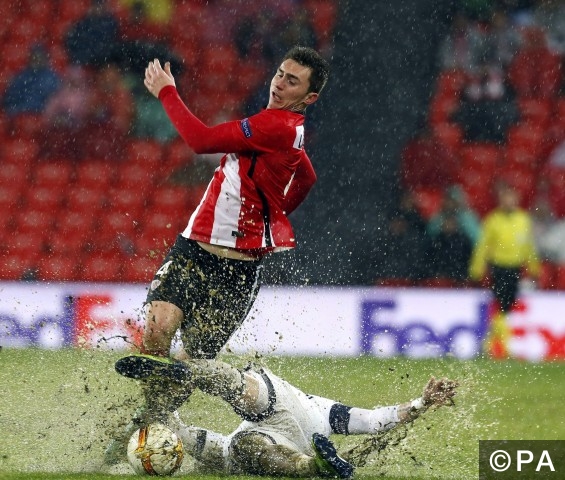 Liverpool have bolstered their back line following the departure of Martin Skrtel by signing Augsburg’s 30 year old Estonian Ragnar Klavan. They are thought to have paid around £4.2 million for the Estonia captain.

Ragnar is a Red! #KlavanToTheKophttps://t.co/mTuyh4kuY4

Middlesbrough have made another high profile signing by bringing in Valencia’s 30 year old striker Alvaro Negredo. The former Manchester City man has joined the newly promoted Boro on loan for a season.

Liverpool and Newcastle have agreed a fee, believed to be around the £25 million mark, for the recently relegated team’s 25 year old playmaker Georginio Wijnaldum. He will now travel to Liverpool to undergo a medical, with the deal expected to be confirmed later this week. The midfielder was signed by Newcastle for under £15 million a year ago and was one of the few beacons of hope in a terrible season for Newcastle.

Wales midfielder Joe Allen looks to be on his way out of Anfield after Liverpool accepted a £13 million bid from Stoke for the 26 year old midfielder. Allen struggled to get into the first team last season and will be hoping to reignite his career after an excellent showing in Euro 2016.

Liverpool and Tottenham Hotspur target Mario Gotze is set to snub both Premier League clubs in favour of a move back to Borussia Dortmund. The World Cup winner has struggled to make his mark at Bayern Munich since moving three years ago, and now he’s now almost certain to be rejoining his former club in an £18.3 million move. The imminent transfer has been confirmed by Borussia Dortmund, and it’s expected to be a done deal by the end of the day.

Whilst Paul Pogba enjoys a well earned break from football, Juventus and Manchester United have reportedly come to an agreement over the price of the 23 year old midfielder. A £100 million fee is reported to have been accepted, with Manchester United set to offer Pogba a £220,000 per week, five year contract and pay his agent £18 million.

Reports suggest that Manchester City are close to completing the signing of 20 year old Schalke forward Leroy Sane. They are expected to pay around £42 million for the player, who will be given £100,000 per week for the next four years.

Pep Guardiola wants to bring in his own marquee midfielder in order to compete with Manchester United, and he is set to offer £50 million to try and land Real Madrid midfielder Toni Kroos. Guardiola managed the 26 year old whilst he was at Bayern Munich, and Real Madrid are keen to sell as they look to compete with Manchester United for Paul Pogba.

Antonio Conte has refused to rule out another move for Real Madrid’s 23 year old striker Alvaro Morata. The club had a £62.7 million bid for him rejected earlier in the summer, but they could launch another attempt to sign him. Alternatively, they will move for former striker Romelu Lukaku.

Moussa Sissoko’s preferred club, Arsenal, have entered the race to sign him. However, Newcastle’s £35 million asking price is still a major stumbling block for all suitors.

Swansea have launched a £10 million bid for Tottenham Hotspur winger Nacer Chadli, but the White Hart Lane outfit are holding out for £15 million.

West Brom are expected to make an improved £10 million offer for Leicester full back Jeffrey Sclupp after having their initial £9 million bid rejected by the Premier League champions.

West Brom are still mulling over the £20 million bid they received from Stoke for 22 year old striker Saido Berahino. It’s thought that the Baggies want to secure a suitable replacement for the striker before letting him go.