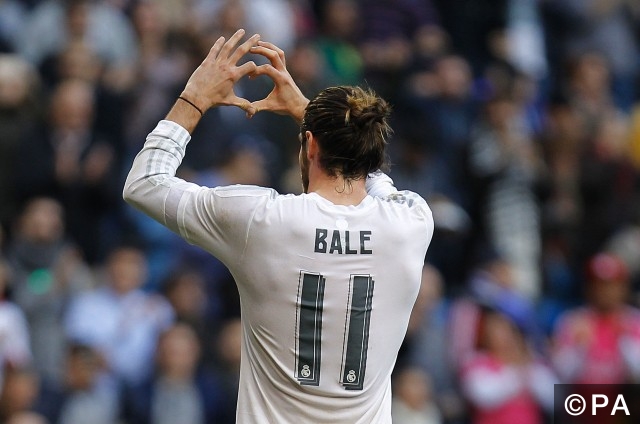 The out of form Chelsea attacker could be on his way to the Bernebeu. Apparently Zinedine Zidane is tempted by the young Belgian and could put in a world record £100 million bid for him. Or, by other reports, they will do a swap deal which will involve Gareth Bale moving to Stamford Bridge instead of Old Trafford.

After a few days of quiet, FC Basel have come out and said that they expect a £7 million deal which will see midfielder Mohamed Elneny move to Arsenal to be completed by the end of the week. All he needs is a work permit and he’ll be on his way to the Emirates.

Grasshopper’s Under 21 Swiss international striker Shani Tarashaj is expected to complete a move to Everton today.

Borussia Dortmund’s incredibly fast and in form striker Pierre-Emerick Aubemayang missed his club’s training session yesterday, further strengthening reports that he is on his way out of the club. Arsenal and Liverpool are both in the running for his signature.

The Premier League’s top scorer Jamie Vardy is unsurprisingly attracting interest from a number of top teams. Manchester United, Manchester City, and Chelsea are all waiting for the go-ahead to make a bid for the 29 year old Leicester forward.

Reports are emerging this morning that Newcastle have had an £18 million bid for Lyon striker Alexandre Lacazette rejected. The young French striker topped the scoring charts in France last season and has scored six goals in 18 games so far this season. It is expected that they will make another bid as they desperately search for a way out of the Premier League relegation battle.

Manchester United midfielder Marouane Fellaini could be on his way to Italy this month. Juventus, AS Roma, and Inter are all considering making £12 million bids for the weighty central midfielder.

The clubless Emmanuel Adebayor is looking to return to the Premier League in the next few weeks, and he is reportedly considering deals from both Watford and Crystal Palace.

Fiorentina’s Spanish midfielder Mario Suarez is close to completing a move to Watford as the newly promoted side look to strengthen the core of their squad after an impressive first half of the season. But the midfielder is also weighing up an offer from Marseille.

Pep Guardiola has apparently made his mind up about his next destination, and he will make the move to Manchester City in the summer. He is also planning on trying to tempt Lionel Messi away from Barcelona to make him one of his first signings. Other reports suggest that Guardiola has rejected Chelsea but is still considering Manchester United.