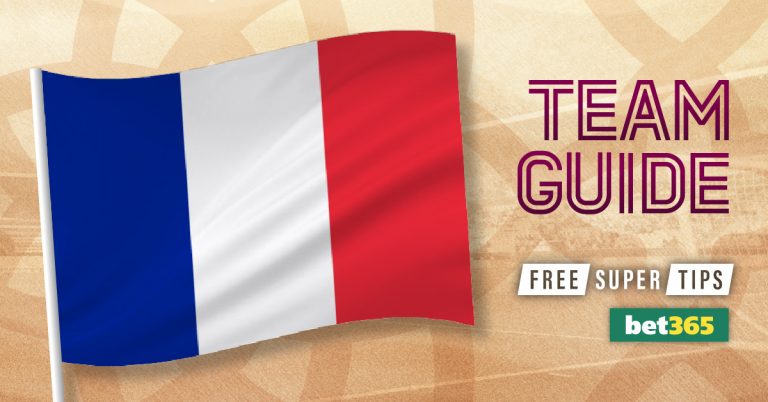 France head to Qatar as the defending champions after claiming a second World Cup in Russia in 2018, 20 years after their first success in the biggest competition in international football.

Les Bleus fell at the first hurdle the last time they entered the tournament as holders as they were eliminated in the group stages in 2002 and they will be hoping for a far better showing this time.

France: The story so far

France were the last winners to automatically qualify for the next World Cup as since 2002 the defending champions have had to fight their way through the qualification process. This was no issue for Didier Deschamps’ men though, as they emerged unbeaten from UEFA Group D with five wins and a draw.

Their build-up to Qatar hasn’t all been plain sailing, however, and last year’s delayed Euro 2020 campaign has to go down as a disappointment as they were eliminated in the first knockout round as they lost out to Switzerland after a penalty shoot-out.

After a couple of friendly victories, France’s form dropped off at the start of the UEFA Nations League and a 2-0 defeat to Denmark, who are also in Group D, means they head to Qatar with just one win from their last six games.

France have been handed a tough draw in Group D alongside potential dark horses Denmark – who have already beaten them once in the Nations League this year. The group is completed by an improving Australia outfit and African hopefuls Tunisia, neither of which should be underestimated.

France begin their World Cup campaign against Australia on November 22 and unsurprisingly they are the 2/5 favourites to win their pool ahead of Denmark at 3/1, with Australia and Tunisia rated at 10/1 and 14/1 respectively.

The French are rated as the second favourites to win the World Cup at 6/1, behind only Brazil.

France have had a number of talented players over the years including the likes of Michel Platini, Jean Tigana, Marius Trésor, Maxime Bossis and Dominique Rocheteau but until 1998 the World Cup remained elusive.

The French captured their first title on home soil that year, having failed to qualify for the previous two editions, and it became their second piece of major international silverware – having also won the European Championship in 1984 as the host nation.

That French squad included star names such as Zinedine Zidane, Youri Djorkaeff, Patrick Vieira, Thierry Henry, David Trezeguet, Robert Pires and Deschamps, as captain. They went on to win the Euros in 2000 in a period of dominance.

In 2018 France beat Croatia in the final to claim their second World Cup and the current French crop will be hoping to better the achievements of the 1998 squad by successfully defending the trophy.

Deschamps captained France to World Cup glory in 1998 and three years later he had taken his first managerial job, at Monaco.

The 53-year-old was in charge at the Stade Louis II when Monaco reached the Champions League final in 2003, losing out to Jose Mourinho’s Porto in the final.

Deschamps won promotion from Serie B with Juventus as boss before then taking charge of Marseille in 2009, winning the league title in his first season in charge as well as three Coupe de la Ligue titles.

Deschamps has been in charge of the French national side since 2012.

Deschamps has cycled between a 3-4-3 and a 4-2-3-1 this year, although their most recent outings suggest a 3-4-3 may be the preferred setup for Les Bleus.

Kylian Mbappe is the star of the French team and, with Real Madrid’s Ballon d’Or winning Karim Benzema supporting the Paris Saint-Germain man in attack, the defending champions have arguably the most fearsome frontline in international football.

Red Bull Leipzig’s Christopher Nkunku is actually one year older than Mbappe but should probably be considered one of their rising stars regardless, while 19-year-old Eduardo Camavinga is likely to replace the injured N’Golo Kante, with fellow Real Madrid youngster Aurelien Tchouameni expected to feature after Paul Pogba was ruled out of the tournament.

Kante and Pogba aren’t the only stars sidelined, either, with Raphael Varane a doubt for the early stages of the tournament at least after picking up an injury recently, although if he is fit he is almost certain to play.

France may have one of the best squads on paper but they do have the propensity to implode and N’Golo Kante’s absence will be a huge loss for Didier Deschamps side, while Raphael Varane is also a doubt after picking up an injury recently.

An exit at the Group Stage is unlikely but they are likely to come up against Mexico, Poland or Argentina in the Round of 16 and all of those sides – especially Argentina – have the potential to cause all sorts of issues for Les Bleus. A round of 16 exit looks good value at 9/2.