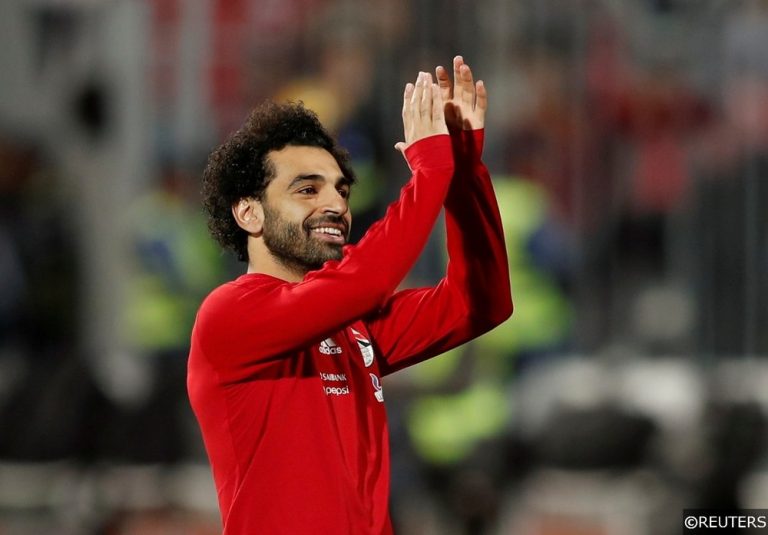 The new season is drawing ever closer and now is the time to start placing those season-long bets, with the opening game of the Championship taking place on Friday evening.

We’ve covered the top four divisions at FST and have outright predictions in various markets in the Premier League, Championship, League One and League Two – which you can view here in our outright hub.

Our four top scorer bets for the Premier League through to League Two combine for a massive 43,114/1 fourfold and we recommend backing this huge bet each-way to cover the top four places. Read on to see who we think will top the scoring charts in the top four divisions in England and to back our bet.

Mohamed Salah has been an absolute revelation for Liverpool since joining in 2017/18, scoring 118 Premier League goals in just 180 appearances.

He is showing no signs of slowing down, either, notching 23 times last season for his second-best goalscoring season in the top flight. That was his third Golden Boot award in five seasons, with only Thierry Henry winning the award more times than him.

It could have been even better, too. He missed a month of action at the African Cup of Nations and scored just six goals in the 15 league games after the tournament. This season, rather than contending with even more fixtures, Salah will get a six-week break while many of his competitors head to Qatar for the World Cup.

Teemu Pukki won the golden boot in the Championship in 2018/19 and he racked up another 26 goals the last time Norwich were at this level in 20/21, leading them to the title once again. Pukki was squeezed out in a competitive field that year, with the top four scorers from that season all plying their trade in the top flight this season bar Pukki.

The Finn has been an incredible consistent scorer over the years for Norwich. He’s hit 29 and 26 in two Championship campaigns and 11 in both Premier League seasons. It’s little surprise that he’s been installed as the favourite in this market.

Pukki also has the strongest midfield behind him in the division, with off-the-charts creativity at this level. He’s going to get chances for a side who will dominate most games, and we saw how that worked out for Mitrovic last season.

Pukki deserves his position as frontrunner for the golden boot, but there’s still value in backing him at 8/1 to top the scoring charts.

Perennial challengers Oxford United ended last season with a respectable 76 point haul, which would usually be enough to secure a play-off position although the heightened level of competition last term denied them the privilege.

Oxford’s goal poaching frontman Matt Taylor hit 20 of their 82 league goals last term, propelling his side to the brink of glory. Only six League One players contributed a higher portion of their 2021/22 team goals than Taylor’s 24% and a similar reliance on his efforts in another promotion push could see him at the top end of the scoring charts yet again.

Omar Bogle hit five goals in 20 games for an out-of-sorts Hartlepool United last season after joining in January. That may not be the most impressive return, but it is worth noting that the Pools’ form tailed off towards the end of the campaign and the last time he was at this level for a full season he hit 19 goals in 27 games for Grimsby in 2016/17.

Newport create plenty of chances and Dom Telford, now with Crawley, topped the scoring charts last season. Bogle will be the focal point in their attack next term and at 66/1 he looks a huge price to finish as League Two’s leading marksman.