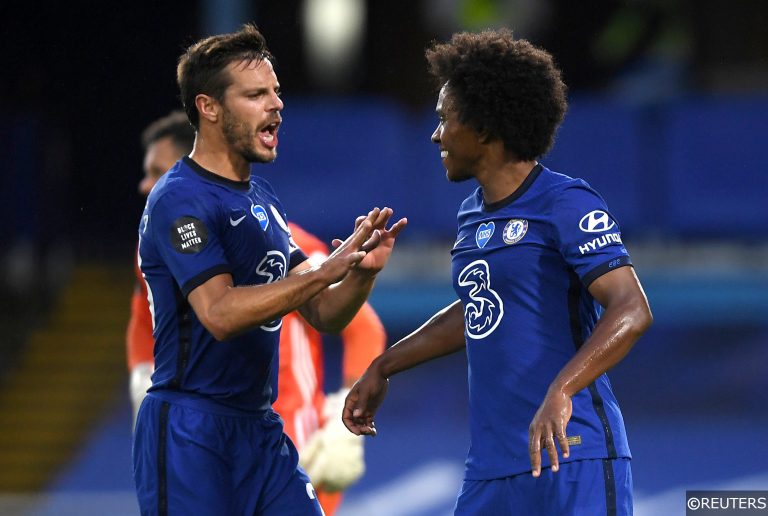 Chelsea’s trip to Bramall Lane on Saturday promises to be an influential one in the race for European qualification next season, and we’ve dived into all the stats to come up with a lovely looking #OddsOnThat with Betfair.

Sheffield United were the pre-season favourites for the drop in the Premier League, but the newly promoted outfit have proven all the doubters wrong and find themselves battling for Europa League qualification as we head into the final three games of the season. Just a few years ago they were plying their trade in League One, and now they find themselves 7th in the Premier League and above both Arsenal and Tottenham.

Chelsea still have plenty to play for as well, though. Frank Lampard’s young Blues currently sit 3rd in the table but only hold a two point lead over 5th place Manchester United. While Manchester City are still technically banned from Europe next season, with an appeal lodged and awaiting a decision it’s still being classed as a race for the top four rather than the top five.

Before we dive into all the #OOT selections, make sure to check out our Sheffield United vs Chelsea predictions here.

However, the real draw in this bet lies in Chelsea’s record. Eight of their last 11 Premier League games have resulted in a lack of clean sheets, and they have kept just one league clean sheet away from home this season. Both teams have scored in all but three of their Premier League trips away, so don’t expect any shutouts on Saturday.

After a difficult few games following the return of Premier League action, it seems that Sheffield United have found their feet again. Their 1-0 win over Wolves in midweek made it three games unbeaten for The Blades, and htey have lost just one of their last nine Premier League games at Bramall Lane.

Chelsea may be in good form, but their winning mentality is often found lacking on their travels. The Blues have only won two of their last seven league away games and they have failed to win in 47% of their league road trips this season.

Young American Christian Pulisic has really come into his own since the resumption of football and managed to find the net again in Chelsea’s fortunate midweek win over Crystal Palace.

The 21-year-old has now scored three goals in his five Premier League appearances since the resumption of football, so he could cause George Baldock some real trouble on Saturday.

Jorginho to be booked

Chelsea’s central midfielders certainly know how to pick up a booking or two, with Jorginho and Mateo Kovacic amassing a massive 17 cautions in the Premier League this season.

Jorginho has been responsible for ten of these yellow cards and, incredibly, eight of these have come in his 14 away day appearances. The Italian midfielder has averaged a card every 125 minutes away from home in the Premier League this season and has been in the referee’s bad books in two of his last three away games, so he’s the most likely culprit at Bramall Lane.

Chelsea are one of the leaders in the Premier League when it comes to winning corners, second only to Manchester City with their average of 6.76 corners per game. This unsurprisingly drives their total corner count up, with their top flight games this season averaging 10.26 corners per game.

Sheffield United are significantly worse at winning set pieces, but their high concession rate means their total corner count is actually higher. Players have trotted over to the corner flag a massive 11.25 times per game in Sheffield United fixtures this season, so backing the corner count to hit double figures looks a good move.