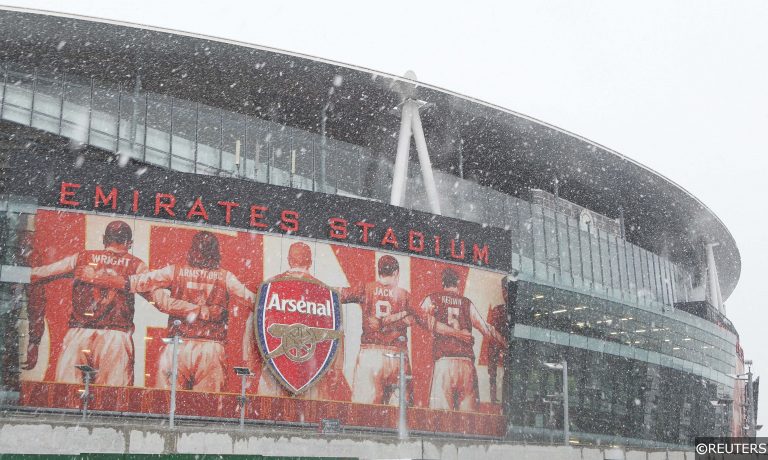 Here at FST we take our tipping seriously, but we’re feeling festive right now and have put together a novelty accumulator where all of our picks spell out the word Christmas!

We debuted our Christmas CrACCA last year and came close to landing a huge 78/1 nine-fold. One game fell foul of the weather, and seven of the other eight selections landed with only Standard Liege letting us down.

This year’s effort comes in at a hefty 134/1 and features selections from the top five tiers of English football, and we have braved a selection from Belgium once again.

You can see our Christmas CrACCA picks and back our nine-fold bet below.

Carlisle have hit a bit of a rough patch but at home they have been fairly strong and they can get back to winning ways against a Bradford side who have lost each of their last three. The Bantams don’t enjoy the trip to Carlisle as they have lost their last two at Brunton Park, and they look set for another loss on Boxing Day.

Hartlepool have only managed three League Two wins all season but they may be able to get something at fellow strugglers Rochdale. Pools have shown a bit of spirit of late and claimed a much needed win at Crawley last time out. In contrast, Dale has struggled and have lost each of their last three – with just one win in their last nine. As such, we’re backing Hartlepool to come away from Spotland with at least a point.

Does anyone ever call Belgium’s Union SG by their full name? They do when they need an ‘R’ for a novelty festive bet that’s for sure.

Royale Union SG have won their last three games and have only lost once at home in the league all season. The Saint-Gilloise outfit should be too strong for an Oostende side they beat 2-1 at this venue in the cup just a few days ago and have 10 defeats in 17 league games so far.

Ipswich are battling it out for the League One title and they should be able to overcome mid-table Oxford during the festive period. The Tractor boys have only lost once at home all season in the league, taking 22 points from 11 games, and they look well placed to claim maximum points in this fixture.

Southend are unbeaten in eight at home, with four wins and four draws, and they can take down a Bromley side who have lost exactly half of their 10 away games in the National League.

National League strugglers Torquay have managed just four wins all season but they may be able to grab a fifth when terrible travellers Yeovil visit. The Glovers haven’t managed a victory on the road all season in any competition, so this looks an excellent chance for Torquay to secure a win. However, too many draws have been a problem for the Gulls at home as five of their 11 home league games have finished all square, so we’re playing this one safe by backing them in the double chance market.

Middlesbrough saw a three-game winning streak ended by leaders Burnley last time out but they can bounce back at home to Wigan. Boro won the reverse fixture 4-1 in October and the Latics, who have lost nine of their last 13 games, look there for the taking.

Arsenal go into the Boxing Day Premier League fixtures with a five point lead at the top of the table and they can continue their title push with a win over West Ham. The Gunners have a perfect home record with six wins in as many attempts and they take on a Hammers side who are winless in their last five away in the league, losing four of those.

Salford entertain Barrow and a home win could be on the cards here. Barrow are in the play-off spots but their form has tailed off and they have lost their last three across all competitions, while they have been generally poor away from home all season with six defeats in 10 League Two games. Salford have won their last three across all competitions and can make it four in a row on Boxing Day.