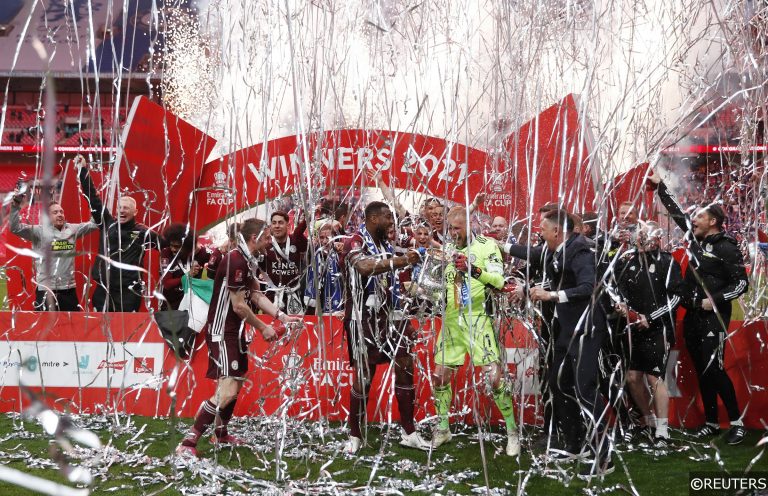 With elite domestic football returning to our shores this week with the EFL Cup, followed closely by Boxing Day’s return of the Premier League and by January’s traditional FA Cup Third Round fixtures, we thought now was the perfect time to pick our mid-season winner for all three.

Combined into a treble, this comes out at a hefty 81/1

Arsenal entered the World Cup hiatus five points clear of odds-on favourites and defending champions Manchester City and at 5/2 they look too good to pass up.

The Gunners have dropped just five points all season and have the second-best attacking record and the joint-best defensive record in the top flight.

The World Cup could also prove to be an advantage for them, even with the injury to Gabriel Jesus. Arsenal players played just 1,703 minutes in Qatar, while Manchester City players featured for a massive 4,625 minutes.

Newcastle are the form side in the entire top flight right now and, following their win over Bournemouth in the Carabao Cup, they are now unbeaten in 12 matches across all competitions.

Few predicted just how rapid their rise through the ranks would be following their Saudi Arabia-led takeover but Eddie Howe has transformed the Magpies.

They are third in the table and only two points behind Manchester City, but the Gallowgate End faithful will be yearning for silverware. With no European football to distract them and a relatively easy third-round draw against Sheffield Wednesday, they are well-positioned to run deep in the FA Cup.

Newcastle have a respectable six FA Cups to their name but their last triumph came back in 1955 and they haven’t even reached a final since 1999. Eddie Howe could change all that in 2023.

After eliminating defending champions Liverpool on Thursday night it is impossible to look beyond Carabao Cup masters Manchester City to reclaim the trophy.

They have enormous strength in depth which allows them to keep their squad fresh when fighting on multiple fronts, and that depth has reaped dividends over the last six years.

They have won the Carabao Cup in five of the last seven seasons and a host of fellow top sides are already out of this year’s instalment, with Manchester United being their biggest rivals for the trophy.