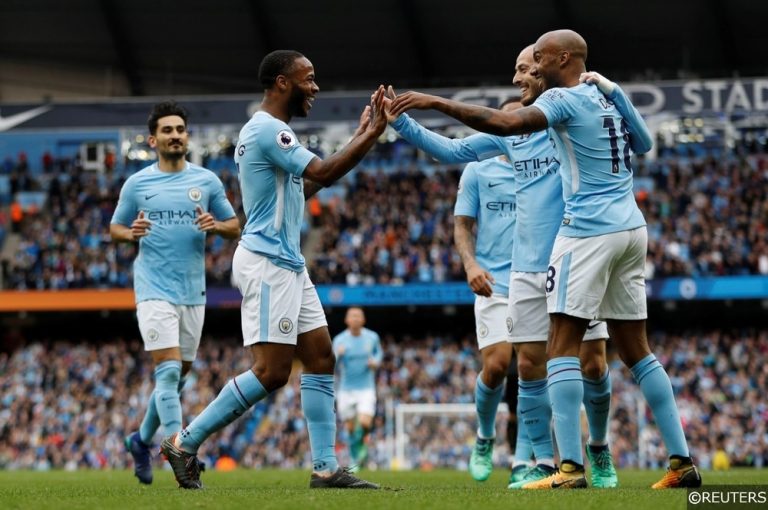 This has been the biggest story of the last couple of days, but Liverpool have finally tied up a deal for the Brazilian goalkeeper. It’s a record deal for a keeper at just shy of £67million, which shows the extent of Liverpool’s ambitions. They’ve fixed their weakest area of the pitch, the position which cost them in the Champions League final. That’s bound to excite the Reds ahead of the new campaign.

The Brazilian seems to be pitching up on Merseyside for the long-term, as he’s agreed a six-year deal with Jurgen Klopp’s side. That will take the 25-year-old in to and through his peak years, should he see it out. Based on his excellent displays for Roma and Brazil so far, he’s going to be a terrifying prospect once he does reach his prime.

It’s not been the greatest of summers for Sterling, despite his World Cup criticism seeming like a bit of an overreaction. In the aftermath of all of that, it’s difficult to remember that he had a fantastic campaign in Man City’s title win, racking up 18 goals in the league alone. It seems like even the City hierarchy have forgotten too.

The club are considering cashing in on the forward, with 24 months left on his deal. He’s yet to sign a new one, and it seems like his World Cup displays are hurting his chances of boosting his wage. It’s hard to see just who in the Premier League would take him. Arsenal have been linked, and the England forward may just inspire the Gunners to return to the market. (Daily Mirror)

Finding a central midfielder has been more difficult than Pep Guardiola would have expected. However, after losing out on Fred and Jorginho, it seems like Juventus man Miralem Pjanic is their next target. He’s not committed to staying this season, which has also alerted Barcelona and Chelsea, with Juve demanding over £70million for the Bosnian.

Should he leave, then PSG’s Adrien Rabiot would be a target for the Italians as a replacement. (Gazzetta dello Sport)

No content with nabbing Fred from City’s grasp, Man United are being linked with Bayern midfielder Vidal. While reports yesterday suggested that the Red Devils had interest in making signings from the German champions, they’re now being lined with a £27million move for the Chilean midfielder.

It seems like they could have competition from Chelsea. That makes sense, as Maurizio Sarri picked out central midfield as an area to improve in his opening press conference. (Bild)

The AC Milan keeper hasn’t seemed keen on the San Siro for a while now, so Maurizio Sarri could sweep him away. The Blues are aiming to find a Thibaut Courtois replacement before he departs for Real Madrid. With Alisson out of the picture, Donnarumma joins a shortlist which includes Kasper Schmeichel and Petr Cech. (Evening Standard)

Once again, Spurs are leaving their business late. We know they have an interest in a winger, with Aston Villa’s Jack Grealish consistently linked. However, they are said to be switching focus to Zaha, who has a £70million price tag. While Tottenham aren’t going to stump up that much, they’re hoping to offer Palace Moussa Sissoko plus cash to bring the fee down. (The Times)

Bordeaux winger Malcom looked set for Everton, but it seems like their Merseyside rivals have dealt them a blow. Liverpool have boosted Roma’s budget after the Alisson deal, and now the Giallorossi are pushing for the Brazilian. They’ve agreed personal terms with the player, and he’s expected to move to the Italian capital once the two clubs agree a fee. (Football Italia)

As the Toffees chase a first signing of the summer, Arsenal forward Welbeck has emerged as a target. While he doesn’t seem like the ideal Marco Silva player, the club are considering a £15million bid for the striker; with his contract set to expire next summer. (The Sun)

The Cottagers have been impressing many with their transfer business, with Aleksandar Mitrovic among their targets. However, they’ve also upped their offer for Espanyol midfielder Lopez to just shy of £18million.

Clearly they’re not content with just Jean Michael Seri in there; Fulham are looking to get him a partner. However, reports in England suggest that Fulham may need to go as high as £35million to capture the Espanyol captain. (El Mundo)

With one goalkeeper in at Anfield, Danny Ward is on his way out. The Welshman is set to meet with Leicester, after they agreed a fee of around £12million with Liverpool. He’s believed to be coming in as competition for Kasper Schmeichel. However, Roma have Leicester’s current number 1 on their list of Alisson replacements, so Ward could quickly earn a promotion. (Daily Telegraph)