Huddersfield have completed the signing of AS Monaco midfielder Adama Diakhaby as they look to secure another season of Premier League football. The versatile French midfielder, who can play on either wing and through the centre, becomes The Terriers eighth signing of the summer.

Diakhaby wasn’t exactly a regular starter for Monaco last season, but aged just 22 he promises a lot of potential. He scored two goals and provided three assists in Ligue 1 last season, starting ten times and coming off the bench in a further 12 matches.

🖊 #htafc has completed the signing of Adama Diakhaby from Champions League side @AS_Monaco_EN on a three-year contract!

Leicester’s hopes of keeping hold of Kasper Schmeichel are still high, but that hasn’t stopped them going out and paying £12.5 million for Liverpool goalkeeper Danny Ward.

Ward found himself behind both Loris Karius and Simon Mignolet at Liverpool, and with a world record transfer for Roma’s Alisson going through earlier this week Ward is believed to have wanted some chance at first team football. Leicester boss Claude Puel insists that this is to provide competition for Schmeichel rather than to replace him.

#lcfc have agreed terms with Liverpool for the transfer of goalkeeper Danny Ward 🦊👐#WelcomeWard ➡ https://t.co/2CC0eNcLGr pic.twitter.com/raVR2abdUW

Brighton have completed their seventh signing of the summer transfer window by bringing in South Africa striker Percy Tau on a four year contract. 24 year old Tau comes over from South African side Mamelodi Sundowns for an undisclosed fee, but we’re not going to see him in action for the Seagulls this season.

Brighton manager Chris Hughton was quick to announce that Tau will be heading out on loan to gain some experience of European football this season.

💬 “Hopefully I can make some great memories here – I love making memories and I’m so happy to be here.”#BHAFC 🔵⚪

In one of the more surprising developments of the day, it seems that Everton are very close to securing the services of Watford’s Brazilian attacker Richarlison. It’s not so much the transfer that’s surprising, but more the fact that The Toffees are willing to shell out a reported £50 million for the 21 year old.

Richarlison came to Vicarage Road last summer for £13 million and made waves in the opening half of the campaign, netting five times in his first 12 games. However, his performances dropped off massively after that, and he failed to score again despite playing a part in every game for Watford. It’s clear that current Toffees boss Marco Silva sees something special though, and he certainly managed to bring the best out in him when he was in charge of Watford.

Barcelona aren’t giving up on their pursuit of Chelsea winger Willian, and today have sent in a third bid to pry the Brazilian away from Stamford Bridge. This latest offering boosts the price by a few million and is thought to be at least £55 million, but new manager Maurizio Sarri is obviously keen to hang on to the 29 year old.

Willian was voted Chelsea fans’ Player of the Season last term, but he was thought to be considering his options under the tenure of Antonio Conte. With a new manager in place there’s a good chance he could change his mind though. (Sky Sports) 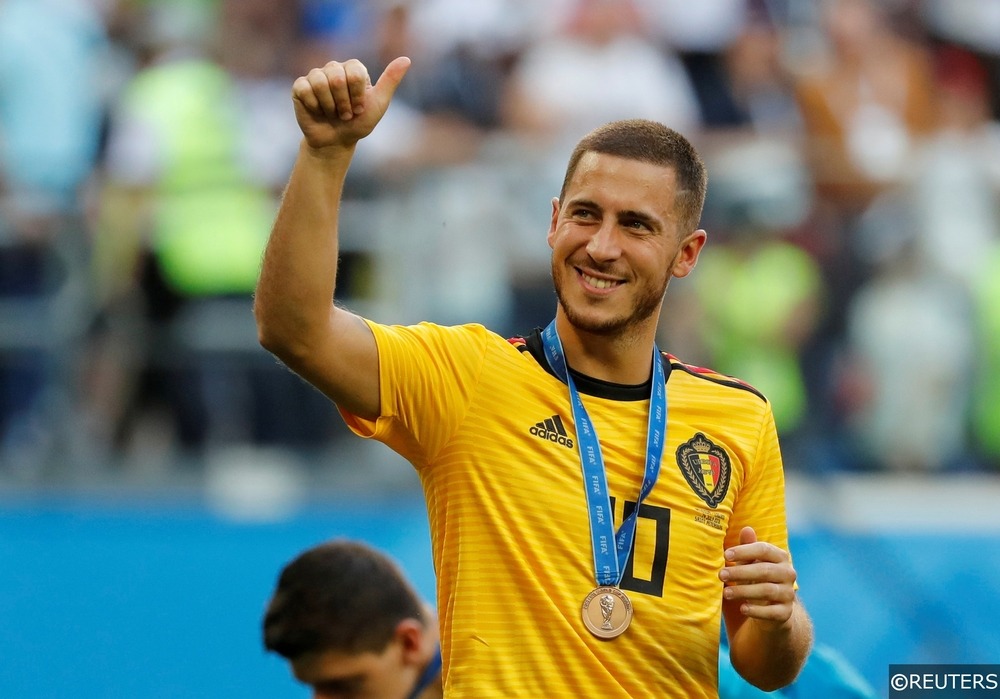 It seems that Sarri is having to fight a transfer battle on two fronts this summer, with another La Liga giant in hot pursuit of their talisman. Real Madrid are yet to launch an official bid for Eden Hazard, but that’s expected to change in the coming days as the hierarchy at the Bernabeu prepare to table an eye watering £112 million bid for the Belgian captain.

Sarri will be fighting tooth and nail to keep hold of Hazard, and if he does leave it could well spark a mass exodus at Stamford Bridge. We have the distinct feeling that this will be the defining transfer saga of the summer. (Evening Stadard)

It’s fair to say that Crystal Palace would probably be plying their trade in the Championship next season if it weren’t for Wilfried Zaha. He was their talisman last season, and while he did seem happy to be playing such a leading role in The Eagles’ bid for survival is now looks like he’s trying to force a move away from Selhurst Park.

Both Everton and Borussia Dortmund are thought to be interested in the 25 year old winger, but Roy Hodgson isn’t going to let him go without a fight. Palace are demanding £70 million for the player, a fee that would put him in the top 15 most expensive players of all time. (Sun)

New manager Marco Silva certainly isn’t pulling any punches in the transfer market. The Toffees are yet to complete a deal, but Silva’s wishlist at Goodison Park just seems to growing with every passing day.

The latest target is Barcelona’s 25 year old left back Lucas Digne, and they’ve apparently tables a £22 million bid for the French international as they look to replace the ageing Leighton Baines. (Mirror)

Chelsea have reportedly made initial contact with Juventus over the potential transfer of Gonzalo Higuain. The 30 year old Argentina striker has scored 55 goals in 105 games since moving to Juventus, but Maurizio Sarri is keen to work with him again after his time in Napoli.

Juventus are thought to be open to Higuain’s sale, with the £105 million signing of Cristiano Ronaldo requiring them to let a few of their current players go to balance the books. (Sky Sports)

We reported on Thursday that Aleksandr Golovin was another of Chelsea’s summer targets, and it seems that the move has been all but completed.

CSKA Moscow teammate Sergey Chepchugov posted a message to Golovin on Instagram hinting that the deal was complete. He included #chelsea in the message, which was then liked by Golovin himself.

Aston Villa look set to lose star midfielder Jack Grealish in the very near future. The 22 year old has been edging closer to a move to Tottenham over the past week or so, but the wheels finally appear to be in motion and we’re expected to see the transfer complete by the middle of next week at the latest.

Grealish made his debut for Aston Villa at the age of 18 and has gone on to make 92 appearances for The Villains, but after they failed to secure promotion to the top flight last season he obviously feels that he’s outgrown the club. (Mirror) 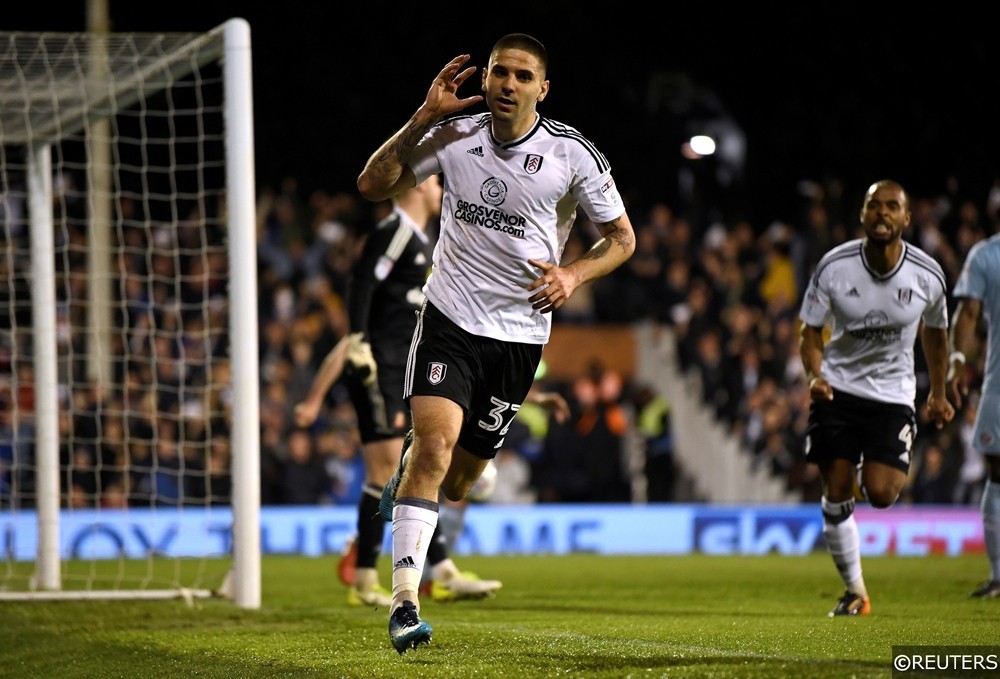 Fulham’s transfer dealings so far this summer have been rather surprising, luring Jean Michael Seri to Craven Cottage and also pursuing Espanyol captain David Lopez. Their latest move isn’t quite so surprising though, with The Cottagers set to table a £20 million bid for Aleksandar Mitrovic.

The Newcastle striker spent part of last season on loan at Fulham, and aided them greatly in securing promotion to the Premier League. It was clear that they were keen on a permanent deal for him, and with Newcastle looking to fund their move for West Brom’s Salomon Rondon it looks like a deal that will work for all parties. (Sun)

Alireza Jahanbakhsh had a promising World Cup for Iran this summer; so promising, in fact, that we put him among the frontrunners to earn a big money move this summer in our World Cup Breakout Stars article. It seems we weren’t mistaken either, with Brighton manager Chris Hughton reportedly very keen on securing the 24 year old AZ Alkmaar winger. He scored 21 goals and provided 12 assists in the Eredivisie last season, and is thought to cost around £20 million.