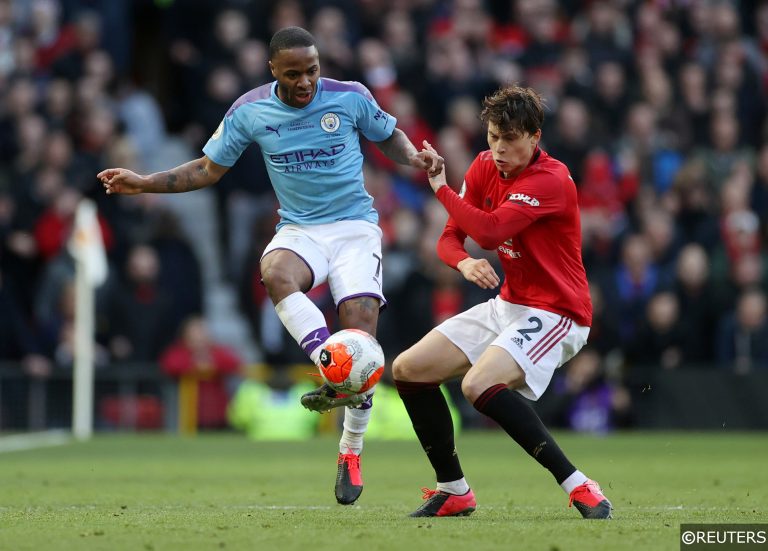 The 2020/21 Premier League campaign is just days away from kick-off, and with last season firmly in the rearview mirror, the division’s 20 clubs will be starting with a clean slate this weekend.

In 2019/20, Jurgen Klopp’s Liverpool stormed their way to a first Premier League title with a relentlessly consistent charge to first place, Manchester giants City and United filled in below the Reds in second and third place respectively and Frank Lampard’s Chelsea secured the final Champions League qualification berth in fourth.

At the opposite end, Norwich City, Watford and Bournemouth were relegated as the division’s three worst outfits, while Aston Villa and West Ham above them battling their way to last gasp reprieves.

This term, the perennially competitive Premier League looks stronger than ever, and with so many formidable outfits battling it out, the scramble for points and positions promises to be enthralling

Ahead of another mammoth 380-game season, we’ve taken a look at how the final order of teams might look with FST’s Premier League 2020/21 full table prediction. 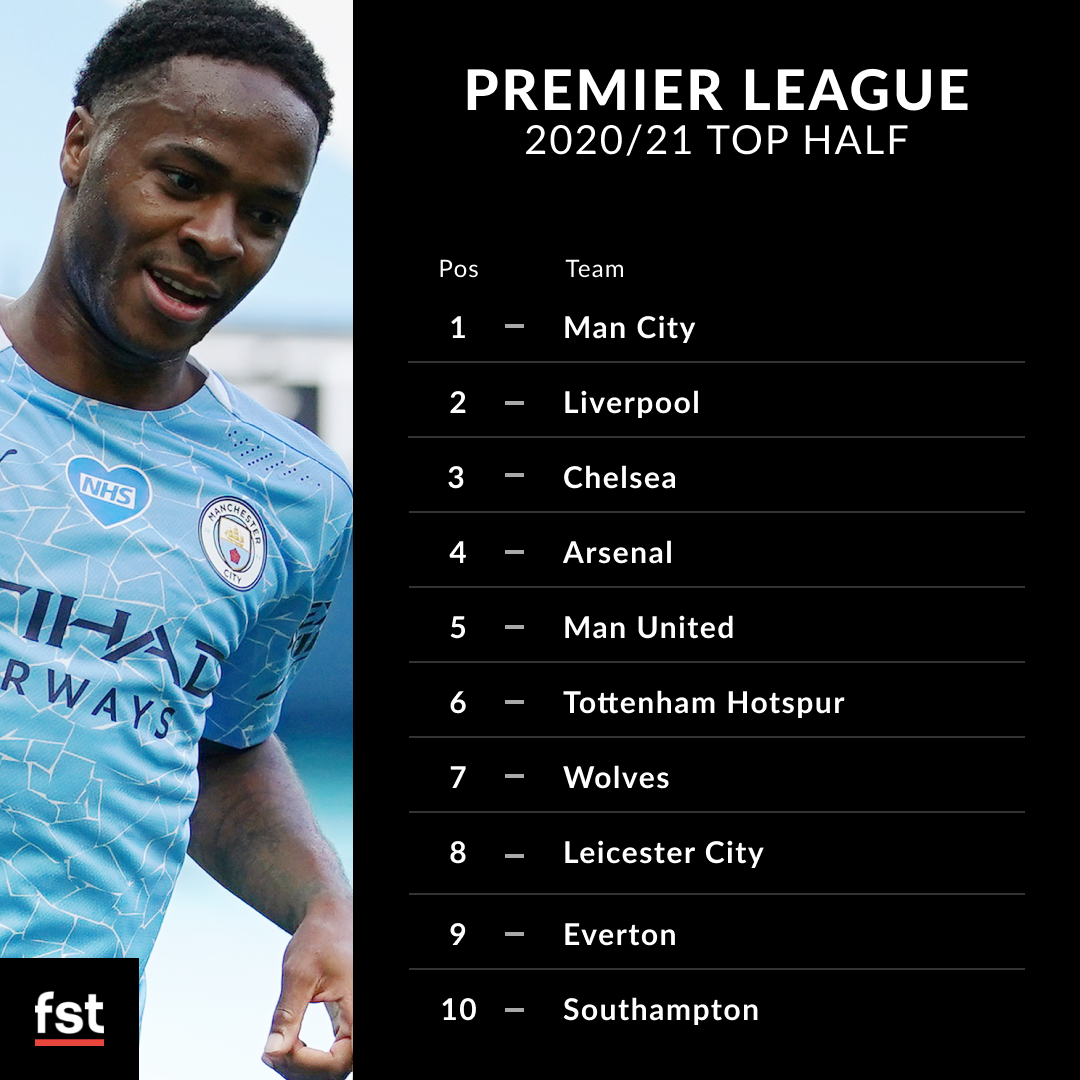 Liverpool’s title surge last season was a remarkable feat of consistency, though the underlying numbers suggest the Reds’ final points total and huge championship winning margin might have been a freak occurrence.

In a more tightly packed schedule this year, Manchester City look to have the edge on their rivals in terms of squad depth, and that could give the Citizens the edge they need to wrangle the Premier League crown back from the Merseysiders.

Our final table predictions also place Chelsea in third just ahead of their London rivals Arsenal in what could be considered a surprise inclusion in fourth.

After an incredible transfer splurge that included the snaring of Timo Werner, Kai Havertz, Hakim Ziyech, Ben Chilwell and Thiago Silva, Chelsea look primed for a productive campaign, and if everything clicks, the Blues could mount a surprise challenge to the current established order closer to the top of the table.

Arsenal meanwhile, look a team reborn under Mikel Arteta, and having finished the previous campaign with just four defeats in 21 league games, and picked up silverware in the form of an FA Cup and Community Shield, the Gunners should continue along an upward trajectory under their Spanish tactician.

That would of course, leave last year’s third place finishers Manchester United out of the Champions League qualification reckoning. The Red Devils lack of reliable options beyond their starting XI was exposed at the back end of 2019/20, and with little done to address those problems over the summer, Ole Gunnar Solskjaer might find that his resources are stretched too thin.

You can read a more comprehensive overview of our top half tips in our Premier League 20/21 winner predictions, odds and betting tips. 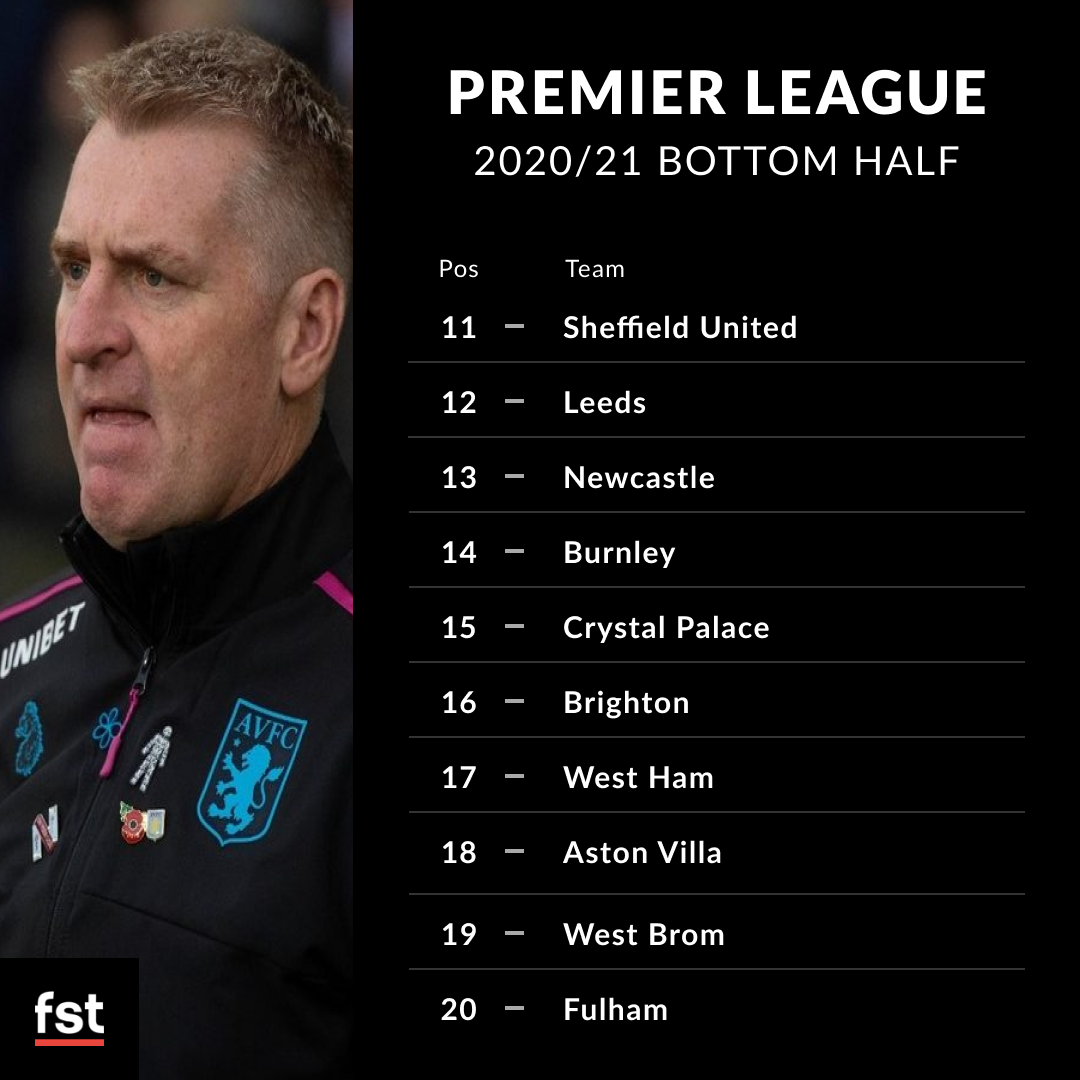 Somewhat unsurprisingly, two of the Premier League’s newest faces are expected to struggle this season, and we’ve tipped both Fulham and West Brom to be relegated from the top flight back to the Championship at the first time of asking in 2020/21.

The Cottagers performed brilliantly last term to make it back to the top tier after just a single Championship campaign under Scott Parker, though their unexpected play-off triumph was achieved with the crux of the Fulham squad that floundered so badly in the Premier League two years ago.

After a relatively frugal summer, WBA also look ill-equipped for the treacherous journey ahead, and their run of just three wins from their final 11 fixtures in 2019/20 already hinted that the Baggies’ current personnel don’t perform well under pressure.

We’ve also tipped an Aston Villa side, who barely avoided the cut last season, to be sucked into the relegation mire again next year. The Villains conceded more goals than every other team bar Norwich in 2019/20, and their failure to tackle some glaring defensive inadequacies could prove fatal.

Another notable entry in our bottom half predictions is Chris Wilder’s Sheffield United team. The against the odds overperformers were a revelation last term, though their regression in the campaign’s final months might have been an early indicator of a more prolonged reversal in fortunes.

For a more detailed analysis on how the season might develop at the bottom end, check out our Premier League 20/21 relegation predictions, odds and betting tips.