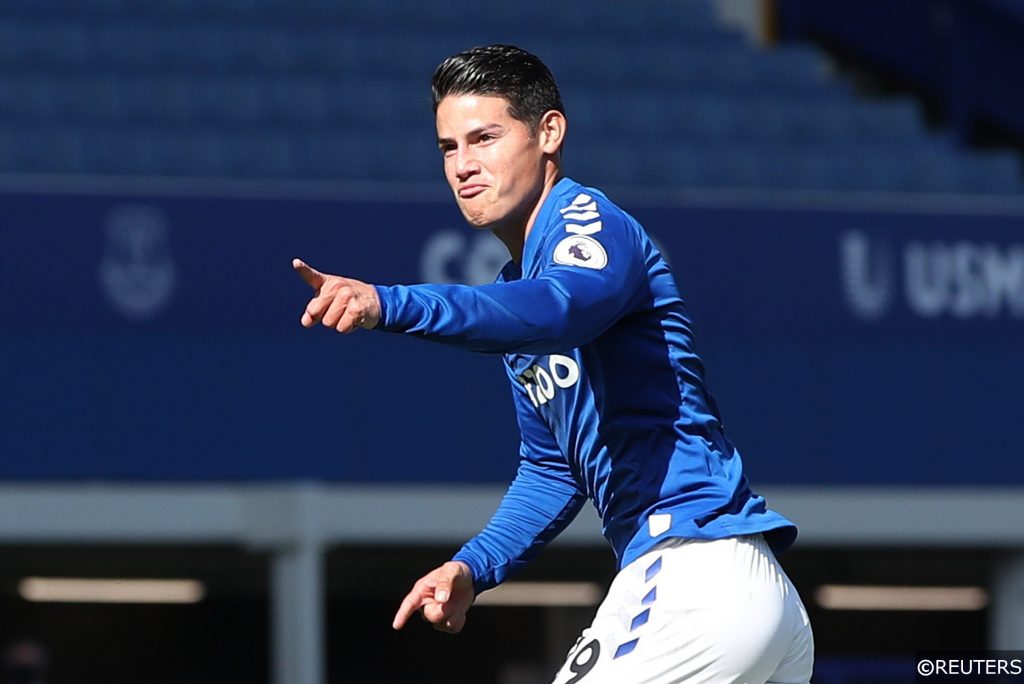 As Premier League weekends go, that wasn’t bad. A couple of shellshock wins at England’s two most successful sides, 25 goals across the other eight games and plenty of shocks elsewhere.

We head into the international break with Aston Villa, Leicester and Arsenal trailing league leaders Everton.

After all that excitement, we’ve had to cram the weekend’s best performers into a team of the week. You can see that below in our Manchester United and Liverpool-free zone.

Leeds dominated their clash with Man City at Elland Road, leaving City struggling just to depart with a point. They have goalkeeper Ederson to thank for that, after his stop from Rodrigo’s effort.

Marcelo Bielsa’s side finished the game with an xG of 2.57 and they beat City 7-2 in the shots on target tally. If it wasn’t for Ederson, City might have been handed a similar defeat to their rivals.

Tottenham splashed out on Wolves’ Matt Doherty, but his biggest impact may be to drive Serge Aurier forward. The right-back looked like a certain departure from Spurs, but he got himself a goal and an assist in that drubbing of Manchester United.

The man who burst onto the scene as an all-action defender for Colombia at Russia 2018 was on display this weekend. It’s not often we’ll include a defender who conceded twice at the weekend, but Mina was a standout in Everton’s victory over Brighton.

Chelsea kept a rare clean sheet on Saturday, with Zouma a key part of that. He also got on the scoresheet in the win, while he literally added some French flair to the backline.

With Edouard Mendy in goal and former Ligue 1 defenders Cesar Azpilicueta and Thiago Silva in the backline, the four reportedly talked their way through the game in French.

Chelsea’s Francophone backline didn’t quite include Milton Keynes native Ben Chilwell, who still popped up with a goal and an assist. The former Leicester man did something novel for a recent Chelsea left-back – he actually defended too. 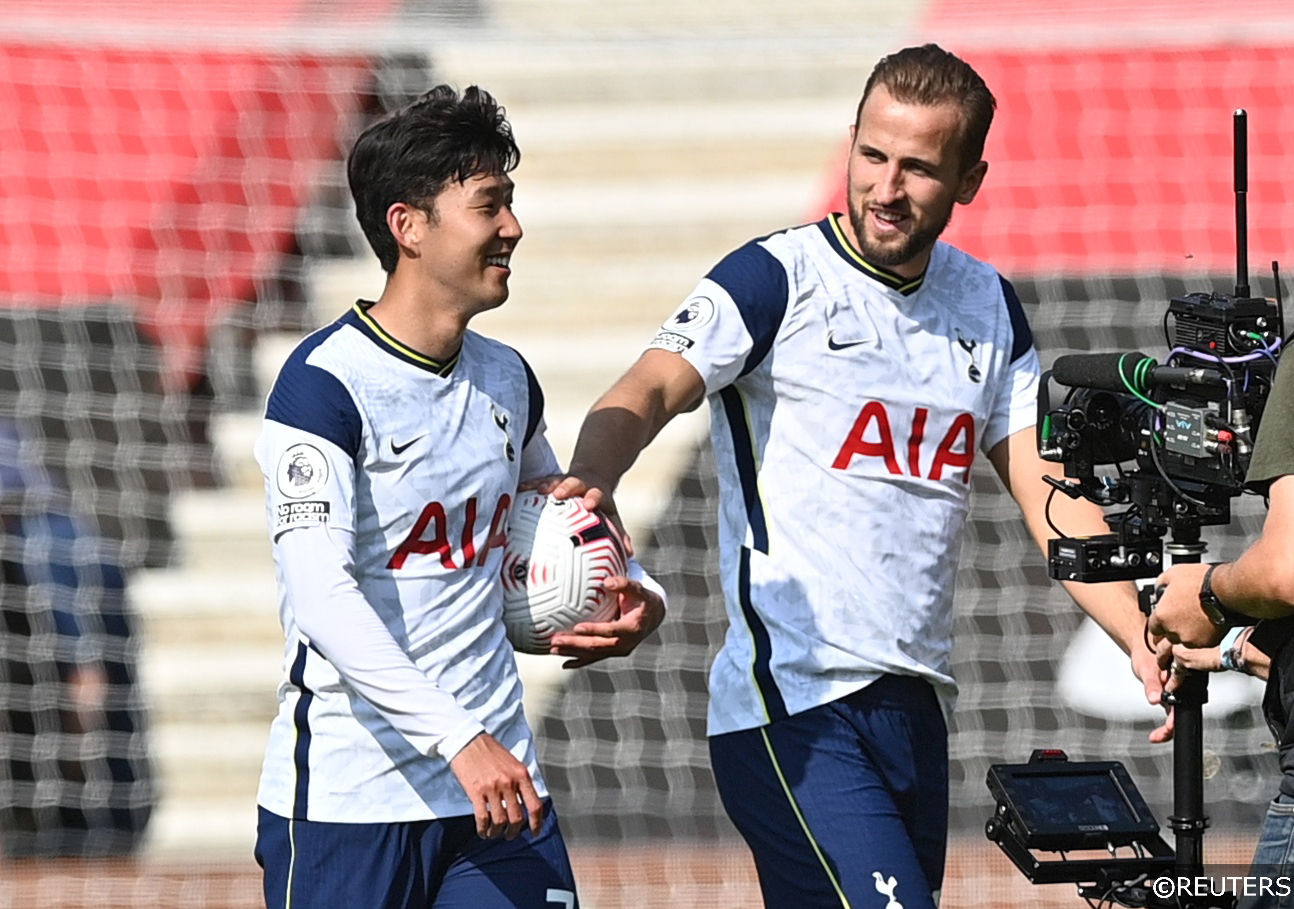 The South Korean had a hand in half of the goals as Spurs hit United for six, scoring the vital second. The fact that he scored two and assisted the other of the second, third and fourth goals shows just how key he was to the rout, which arguably wouldn’t have happened without him.

Despite not being fully fit for the visit of the champions, Jack Grealish ran the show. He started out wide in this clash and played a part in five of Villa’s seven goals, making an incredible impact. We look forward to seeing how Gareth Southgate explains his continued absence from the England starting line-up this week.

We’re not sure who is the anchorman of our midfield three, but there was no way we could overlook the impact of James Rodriguez.

A star turn by the former Real Madrid man put Brighton to the sword, while he got stuck in with tackles and blocks too. Maybe he’s the holding midfielder in our side after all. 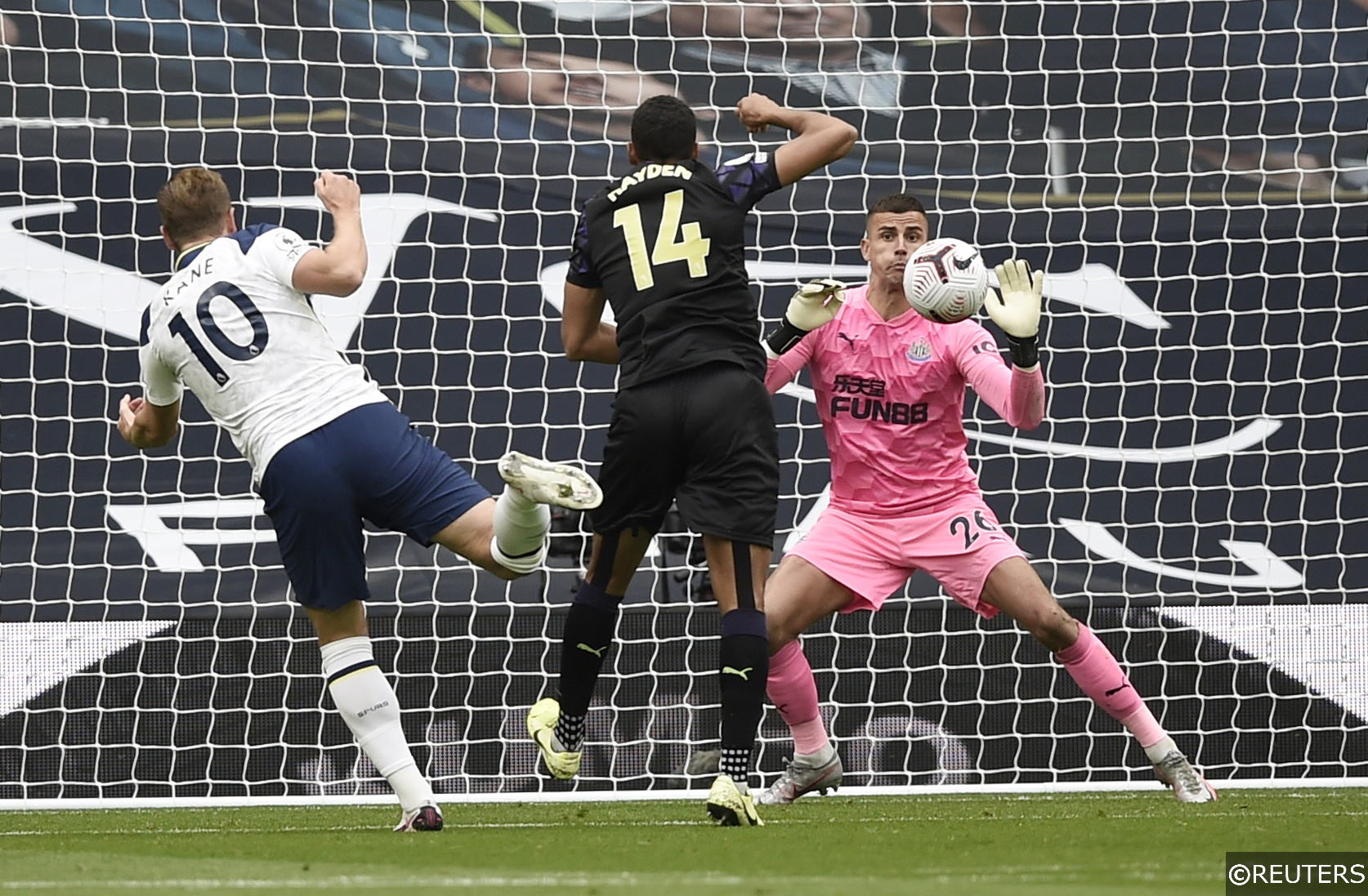 Another key player in Tottenham’s big win at Old Trafford was Harry Kane. While we saw the finishing we expect from him last season, this term has seen him return to his all-action best.

Kane is at his most dangerous when he can occupy the centre-forward role alongside dropping deep to play in midfield runners. He’s been like that this term, while he looked motivated from the off at Old Trafford.

After a poor finish with Bournemouth last term, Newcastle’s new number nine is earning the shirt. Callum Wilson played a part in all three goals for the Magpies, helping that to see off Burnley. Given that the Clarets are among the toughest tests for any striker, this was a good display from the England international.

The Aston Villa striker announced himself in the top-flight with a hand in five goals against the champions. The former Brentford forward is the first player since Dimitar Berbatov in 2010 to score a hat-trick against Liverpool in the Premier League.

If he keeps this up, it won’t be long before Watkins joins our other forward picks by getting an England cap.