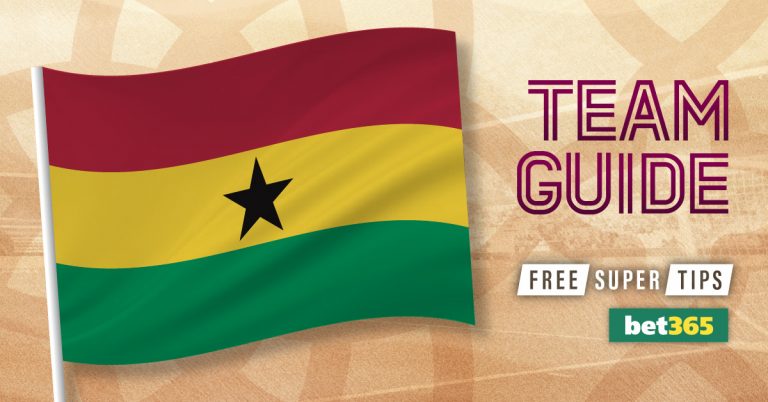 As the lowest-ranked side making the trip to Qatar, little is expected of Ghana – particularly after they suffered a humiliating group-stage elimination from the Africa Cup of Nations earlier this year.

However, Otto Addo’s men overcame the odds to qualify for the tournament shortly after he took charge, overcoming rivals Nigeria by virtue of away goals to seal their first World Cup appearance since 2014.

Drawn into a tough-looking Group H, few anticipate more than a first-stage exit for the Black Stars, though a date with Uruguay, who infamously beat them in a dramatic quarter-final in 2010, will be eagerly anticipated by everyone in the country.

Ghana: The story so far

Finishing bottom of Group C at the Africa Cup of Nations – and picking up just a single point against the likes of Morocco, Gabon and Comoros – provoked a full-scale crisis for Ghana, who recently made the semi-finals at six consecutive editions of that tournament.

Addo, previously part of Milovan Rajevac’s coaching staff, took the reigns in the aftermath of that disappointment, and was immediately tasked with guiding them through a play-off with Nigeria.

Arsenal’s Thomas Partey scored a crucial away goal following a goalless first-leg against the Super Eagles, and after William Troost-Ekong levelled, Ghana held firm in the face of several scares to seal a spot in Qatar.

Ghana face Portugal in their Group H opener on November 24, before taking on South Korea and 2010 foes Uruguay.

If the Black Stars are to have anything riding on that meeting with the Celeste, they may need to spring a shock in their opener, where they are 15/2 to defeat Fernando Santos’ men.

In the outright betting, Ghana are clear Group H outsiders, priced at 16/1 to finish top, and are a shade of odds-on to end up bottom of the pile.

Ghana’s three previous World Cup appearances came in consecutive editions (2006, 2010, 2014), and they certainly did not disgrace themselves with a last-16 exit to Brazil on their debut.

The Black Stars were the neutrals’ favourites in South Africa four years later, defeating the United States in the round of 16 before Asamoah Gyan’s infamous penalty miss cost them a semi-final place.

Ghana then finished bottom of a tough group containing Germany, the USA and Portugal on their last appearance in 2014, before missing out on a trip to Russia.

Born in Hamburg to Ghanian parents, Addo spent the entirety of his playing career in Germany, winning the Bundesliga and finishing as a UEFA Cup runner-up with Borussia Dortmund in 2002.

Following his retirement, Addo took up coaching roles with Hamburg, Borussia Monchengladbach and Dortmund, as well as working as a scout for Ghana, who he represented 15 times as a player.

Addo’s six games in charge of Ghana have yielded two wins, three draws and one defeat – a 3-0 thrashing by Brazil in Le Havre in September, and he will be one of the least experienced bosses at the World Cup.

Ghana’s lineup is one of the most difficult to predict ahead of the tournament, not least because much of their firepower is likely to come from a player who is well-established in Europe, but has just one international cap.

Athletic Bilbao’s Inaki Williams has not missed a game for his club in over six years and has scored 58 goals in LaLiga, and will likely lead the line after declaring for the country of his parents’ birth in July.

Elsewhere, Arsenal enforcer Partey and all-action Ajax midfielder Mohammed Kudus provide genuine quality in the middle of the park, and Mohamed Salisu, a revelation at Southampton, will hope to offer defensive solidity.

While Ghana do possess genuine star quality and many fans will be willing them on against Uruguay in particular, their lack of experience relative to the other teams in Group H will likely tell.

With one of the most inexperienced coaches in the tournament, Ghana may struggle to cope with the likes of Son Heung-min, Cristiano Ronaldo and Luis Suarez, and their status as Group H outsiders is justified.