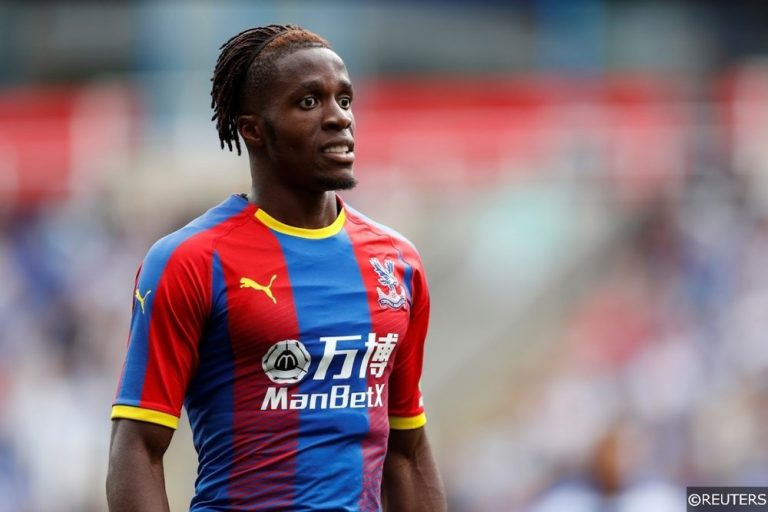 Watching Wilfried Zaha is in full flow is one of the Premier League’s most breathtaking experiences. When the winger turns it on, Zaha bends the rules of physics inside his own footballing Matrix. His legs become a blur of stepovers and feints, leaving opponents kicking fresh air instead of leather.

Zaha is such a convincing seller of dummies that entire stadiums buy them when he fakes one way and goes the other. He tortures defenders, serving up a death by a thousand cuts inside, leaving fullbacks looking like mortification personified after another ball is dribbled past them.

Of course, like all players of his ilk, Zaha sometimes mixes the good with the bad. On occasion, the tricks don’t come off and he is left looking just as foolish as the players he likes to embarrass. Those occasions are far less frequent than before however.

Zaha’s ratio of good to bad has been improving season on season since he returned to Crystal Palace in 2014 after a frustrating spell at Manchester United. The Ivorian international has increased his output in terms of goals by a fraction every year since moving back to London.

The overall maturity and consistency of his game has also visibly come on in leaps and bounds in that time and his development hasn’t gone unnoticed.

Rumours were circulating over the summer that Chelsea were prepared to pay up to £70m to sign Zaha, though Crystal Palace rejected any notion of parting with their prized asset, eventually tying him down to a new long-term contract 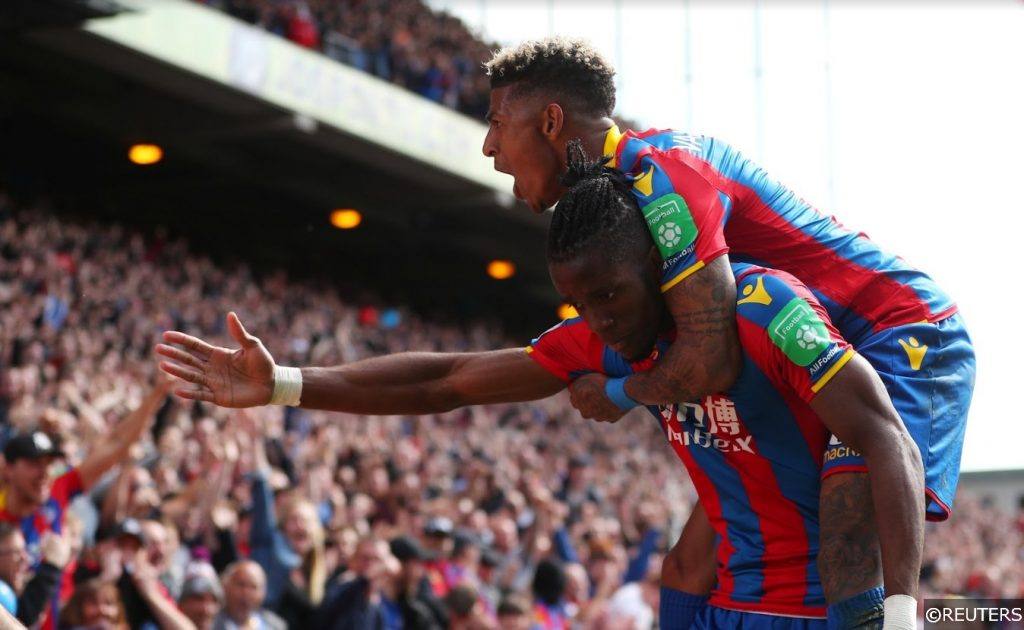 Zaha is now one of the most influential figures in the Crystal Palace team, though their gentle leaning on the 25-year old to win them points has become a dangerous over-reliance over the past twelve months.

The Eagles don’t just play with one wing tied behind their back when Zaha doesn’t feature, the statistics show that they don’t really play at all when he’s not involved.

Since August of 2017, the numbers are quite worrying and while carrying the moniker of Crystal Palace talisman is undoubtedly a source of pride for Zaha on a personal level, the club will be concerned about the permanency of their current “one-man teamism”.

In the last twelve months, Crystal Palace have played 32 games with Zaha in the team and 10 games without him in the side. When Zaha plays, the team’s win percentage stands at 37.5%, but with the Ivorian on the sidelines, that win percentage reduces to 0%. In fact, Palace haven’t won a league game without Zaha’s input since September 2016.

If that isn’t enough to set alarm bells ringing, then there are plenty of other statistics to trigger a Code Red situation at Selhurst Park. Crystal Palace’s average goals per game figure slips from 1.4 with Zaha to just 0.3 without him.

His influence on the Eagles’ attacking play can also be identified in the average shots per game stats, which show that Palace hit 12.7 shots per match with Zaha and 11.9 without him.

While that statistical deviation seems slight, others are more eye opening. Crystal Palace’s average possession numbers fall from 45.5% to 39.9% without Zaha in the side and their average shots conceded per game rise to 15.1 from 11.8 in his absence too.

Without Zaha to worry about, the numbers suggest that teams become more emboldened in their approach against Crystal Palace. With Zaha involved, Palace conceded 1.18 goals per game on average since August of last year, but without him that number rises to 2.3. 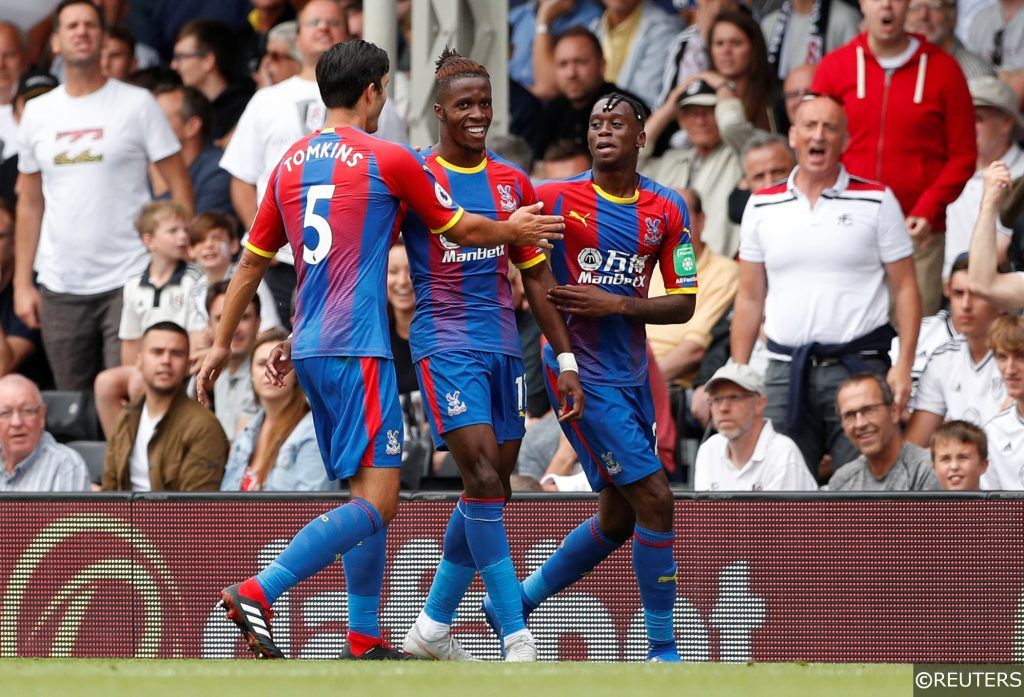 The Eagles sat deep to negate the home side’s possession-based approach, and with Zaha the chief agitator, they picked their moments to explode forward at pace and with clinical precision. Zaha scored the game’s second goal to cap his sparkling performance.

Against Liverpool, Zaha was Crystal Palace’s standout player again and even though the Eagles lost 2-0, Zaha completed more dribbles than any other player on the pitch, outshining Sadio Mane, Roberto Firmino and Mohamed Salah in the close control department.

In Palace’s defeat to Watford a week later, Zaha was once again the shining light in an otherwise gloomy day at Vicarage Road. The Ivorian grabbed a consolation goal in a 2-1 defeat, despite being starved of service throughout. In fact, he found the net with his only attempt in 90 minutes.

With Crystal Palace already struggling to pull themselves out of a slump, their cause was further hampered when Zaha picked up a groin injury that kept him out of the Eagles’ game against Southampton at Selhurst Park.

Southampton were still searching for their first league win of the season before their trip to London and with Zaha a notable absentee, the Saints marched to a 2-0 win.

Crystal Palace were consigned to defeat for their third successive Premiership fixture, though any talk of a crisis has been alleviated this week with the news that Zaha could be set to make an early return from injury.

His recovery would be a timely boost for an ailing Crystal Palace side ahead of their trip to play Huddersfield Town at the John Smith’s Stadium on Saturday. If Zaha is rushed back, he is unlikely to be fully fit however, though a Zaha at 60% is better than no Zaha at all.

Zaha’s availability and influence could have a huge bearing on the outcome of the game – the Eagles are firmly grounded without him. Zaha doesn’t just bring skill and tricks back to the Palace team – the Ivorian’s return also restores some belief. His inclusion could he difference between Palace losing and drawing this weekend.