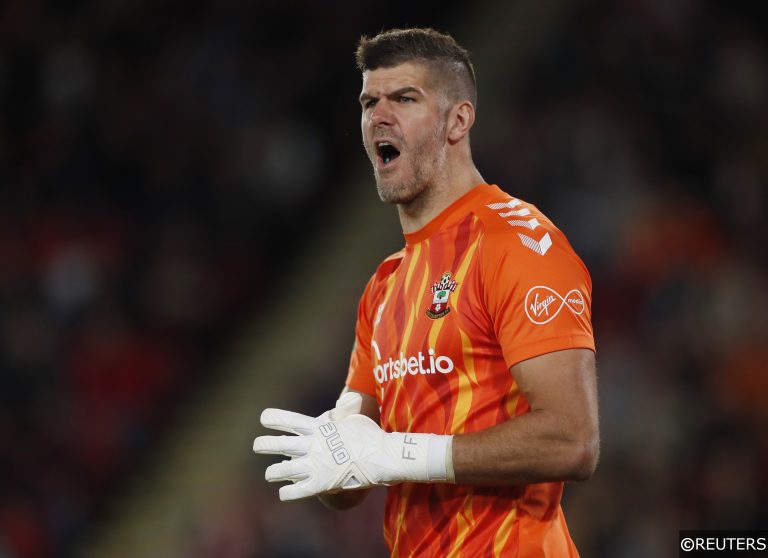 With the FA Cup 5th Round taking place this week we rounded up eight experts to give us their best value outright winner and there was a surprising consensus.

Naturally, more than a couple gravitated towards the traditional Premier League big guns but Southampton emerged as the value pick of the outsiders, with plenty reckoning their 25/1 price undervalued Ralph Hasenhuttl’s Saints.

It is always a surprise if one of the Premier League big guns does not win the FA Cup and we are likely to witness another familiar story this year, although Chelsea do look a bit short at around 5-1, which suggests they are closer to Manchester City and Liverpool than their recent performances have suggested.

I can’t get very excited about Everton, West Ham or Tottenham’s hopes, but Southampton could represent a bit of each-way value at 25-1, with half of those odds available for making the final.

The 1976 winners are growing into the season and would have no fears playing against anyone – they have been drawn at home to the Hammers in round five.

Ralph Hasenhuttl’s team have drawn twice with City this year and were excellent in a recent 3-2 win at Spurs.

There’s always a chance that a couple of the market leaders could get paired before the Wembley showpiece and the Saints have a decent chance of making the final at least.

Southampton could represent a bit of value at 25/1 to win the FA Cup if they maintain their current form but history tells us a lot will need to go right for the Saints to get their hands on the trophy.

While the romance of the cup is alive and well in the earlier rounds, the competition has often concluded in an all-too-predictable fashion over the last two decades.

One of the Premier League’s elite has regularly collected the trophy and it would be a major surprise if that wasn’t the outcome again with Manchester City, Liverpool and Chelsea the most likely winners.

At the current prices, the Reds hold the most appeal from that trio. In a one-off game, Liverpool have proven themselves capable of beating anyone and look to really be hitting their stride as we approach the final two months of the season.

Recent history suggests that backing an outsider to lift the FA Cup rarely proves fruitful, with 11 of the last 13 winners having come from the traditional top six.

It is certainly difficult to look beyond Manchester City, Liverpool or Chelsea lifting the cup, but with those sides likely to prioritise other  domestic and European commitments, maybe there is a chance of an outsider coming up on the rails.

Southampton could well be that side, as Ralph Hasenhuttl’s team have been in impressive form since the turn of the year, taking points off City, Manchester United and Tottenham in the Premier League, which shows they should fear no one in this draw.

The Saints are also sitting comfortably in mid-table in the Premier League, which means unlike the majority of teams still in the FA Cup, they can firmly put their eggs in the one basket.

Man City lead the way among other picks

This isn’t the most ambitious of selections but I think Manchester City will go on to win the FA Cup and they remain backable at 2/1 to lift the trophy. They have been dragged back into a title race by Liverpool but they have a big squad that is more than capable of fighting it out on multiple fronts so the fact they still have some work to do in the league and the Champions League to think about isn’t putting me off.

Pep Guardiola has only managed one FA Cup win, in 2019 as City claimed an historic domestic treble, but he may well get a second title on his managerial record this year.

I actually think Manchester City are a fair price at 2/1. Of course, they are beatable in a one-off contest, but a last-16 clash with Peterborough should ensure they are in the quarter-finals and failing to defend their EFL Cup crown may make them fully motivated on the challenge ahead.

Pep Guardiola has so much strength in depth that balancing domestic duties with their Champions League quest shouldn’t matter much, and a few upsets in the next round could soon see their price crash. They won this prize in 2019 and this trophy tends to go to one of the Premier League’s elite.

Don’t fall into the trap of backing the FA Cup outsider at fancy each-way prices – the Magic of the Cup rarely rings true in the latter rounds and, come May, the captain of one of the big guns will probably be lifting the trophy at Wembley.

Leicester bucked that trend to some extent last season but the Foxes were still on the brink of qualifying for the Champions League and, outside of the really obvious choices, were probably the team most likely to upset the established order.

Manchester City, Liverpool and Chelsea have all avoided each other to this point and all will expect to win their fifth-round matches comfortably, and I’d be surprised if the winner of the FA Cup does not come from one of those three heavyweights.

Much will depend on how far each team progresses in the Champions League but, with City looking a bit short and Chelsea difficult to predict, I’m happy to take Liverpool at the odds. The Reds have shown they can match just about anyone in a one-off contest.

The FA Cup has often stayed with one of the Premier League’s biggest clubs, so it would seem silly to try and say one of the outsiders will get their hands on the trophy.

Southampton seem to have the most momentum behind them at 25/1, but Chelsea seem to offer great value at 9/2. While the Romelu Lukaku experiment has not worked, boss Thomas Tuchel has worked wonders with the team in recent years, and as European champions, we know they have what it takes to handle the pressure.

Chelsea’s squad should also be able to take the demands, and with a title race out of the question, the Blues could go all the way in the FA Cup.

While West Ham have a tricky visit to Southampton to contend with next, I like their price of 14/1 to win this season’s FA Cup. The Hammers are looking to follow a trail blazed by Leicester last term, while they have already proven more adept than the Foxes at juggling multiple competitions.

The Hammers have set themselves up for a strong European campaign, while they reached the last eight of the EFL Cup this term. A top-four push may complicate matters, but I can see David Moyes making this competition a priority as he looks to finally land major silverware.