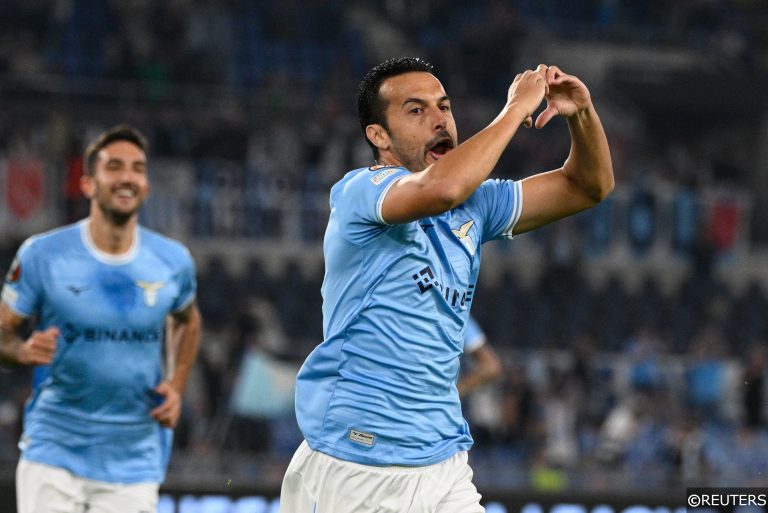 In The Mixer is FST’s weekly column where we catch up with our team of experts in football betting and get their opinion on the hot topic of the week.

2023 is in full swing and we can start looking forward to the return of the three major European competitions. This week, our panel of experts take aim at the Europa Conference League as they attempt to pick out the winner.

Roma won the inaugural edition of the Conference League last season and I would not be surprised to see their city rivals Lazio follow suit this campaign.

They will have to play through the first knockout round – which is potentially inflating their price – but I can’t see them having too many issues against opponent Cluj and they were by no means disgraced in their Europa League group earlier this season.

Lazio dropped out of the competition and into the Conference League after finishing third in their group behind Feyenoord and Midtjylland but only on goal difference after all teams finished on eight points and were tied on head-to-head records.

They reached the last 16 of the Champions League only two seasons ago and have quality in their ranks in Sergej Milinkovic-Savic and Ciro Immobile.

Of the three at the top of the betting, I would prefer to be on Lazio, particularly with their arch rivals Roma having won last year providing extra motivation. Maurizio Sarri’s men are strong defensively, but not at the expense of goalscoring, while they have been as good on the road as they have been at home domestically and could win both ways.

Their Europa League record was mixed with two wins, two draws and two defeats but this is a drop in class obviously, and CFR Cluj are hardly to be feared first up. There is some star quality in the squad and they could well be the team to be feared.

The odds on either Fiorentina or Braga would shorten for the winner of that knockout tie, while Istanbul Basaksehir might give bigger price backers a run for their money, having bettered I Viola in the group stages.

There’s plenty to like about Braga’s price of 16-1 to win the Conference League, despite a tricky draw in the next round against Fiorentina.

A slow start to the season under new boss Artur Jorge saw them exit the Europa League at the group stage, but Braga have since found their feet under Jorge and are up to second in the Portuguese top flight.

Jorge has his team extremely well organised and as a European contender, they tick a number of boxes.

Braga have plenty of continental experience having reached the Europa League knockout stage three of the last four years, while they’ve been rock-solid at their Quarry home ground, winning seven of the last nine European outings.

I can’t have Conference League joint-favourites West Ham and Villarreal and I think the teams at the front of the market are worth opposing. Fiorentina collected 13 points in the group stage, but they missed out on top spot courtesy of an inferior head-to-head goal difference against İstanbul Basaksehir.

Clearly, a bye into the next round would have been preferable, but the Viola can get past Braga in the knockout round playoffs and give you a good spin for your money.

Vincenzo Italiano’s men have lost just two of their last ten all-competition matches, and don’t let Fiorentina’s Serie A position fool you, they are a far better side than their points tally suggests.

Villarreal breezed through the group stage, finishing four points clear of second-placed Lech Poznan at the summit and they get to bypass the next round.

The Spanish side looked to be losing their way after Unai Emery departed for Aston Villa, suffering back-to-back defeats in La Liga when new boss Quique Setien arrived.

However, they’ve since found their feet to enjoy a four-game unbeaten run in the top-flight, including a win over Real Madrid at El Madrigal, proving they are extremely tough to beat on their own patch.

Their strong home form, having lost just twice in 13 games across all competitions, sets them up well for knockout football and suggests they can go far in the Conference League.

Feyenoord made the final of the Conference League last term and Eredivisie rivals AZ could go one-better this season. They are straight through to the last 16 having won Group E, claiming five wins from six games in the last round.

The Dutch side sit second in the Eredivisie this term and they have looked bright since returning to action after the World Cup break.

The sides at the top of the market have huge question marks around them and the path could clear for a side outside the top five leagues to make a run – which was the inspiration for the competition in the first place.

AZ look to have everything they need for a deep run in Europe and at 12/1 they are good value to lift this trophy.

Braga and Fiorentina both have some appeal but they have been drawn together in the next round, and that puts me off going for either the Portuguese or Italian outfit.

Nice have perhaps been a bit overlooked and they stand out at 18/1. The Ligue 1 outfit took the competition seriously in the group stages and finished ahead of a decent Koln side, as well as Partizan Belgrade, to finish as the group winners – meaning they go straight into the round of 16.

Les Aiglons sit in mid-table in France’s top tier so they are free to focus on this competition, as they are clear of the danger zone but the the European spots are out of reach, and they have a strong squad with a few players who are used to playing in the latter stages of European tournaments from spells elsewhere.

They will probably need a bit of luck to go all the way, but Nice appear overpriced and look a good value option in what looks a wide open draw.