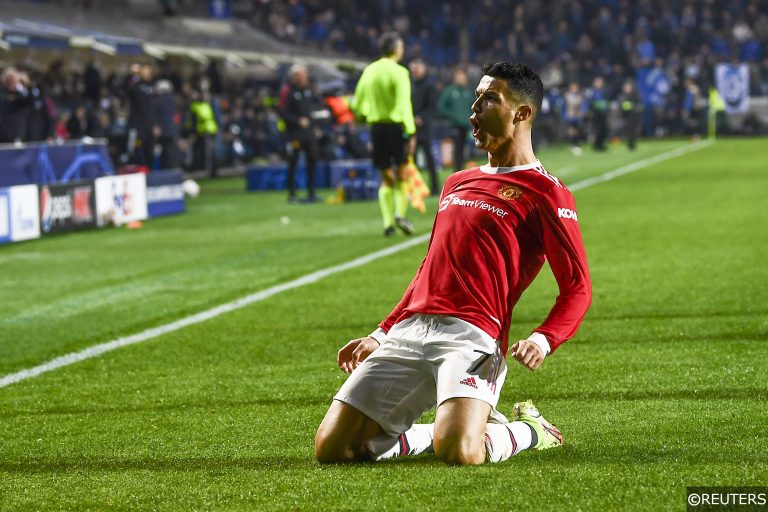 Last week saw the end of season awards handed out for the Premier League and the PFA Premier League Team of the Year provided plenty of talking points, most notably the absence of one standout performer of the 2021/22 season.

We asked eight experts what they thought of the TOTY selection and what – if any – changes they would make:

“I’m absolutely flabbergasted that Son Heung-Min has been overlooked”

There are a few changes I would make and at the very top of that list of changes is the inclusion of Heung-min Son, with Cristiano Ronaldo dropping out to make way for the Spurs attacker. For a player who was joint-top goalscorer in a – let’s be honest – vastly inferior side to not make the cut is beyond reason and Ronaldo was ineffective for significant periods of the season.

Elsewhere, Thiago, who started fewer than half of Liverpool’s Premier League games, would drop out for Rodri and Antonio Rudiger has a number of possible replacements, with Joel Matip and Marc Guehi leading the way for me. I would probably make a strong argument for Jarrod Bowen over Sadio Mane, too, after his incredible season for West Ham.

Starting in goal, I think Alisson can stay, although Ederson would be a worthy replacement, whilst the only change I would make at the back is Marc Guehi, who played all but two of Crystal Palace’s Premier League matches, for Antonio Rudiger.

The Liverpool bias clearly creeps in a little in midfield, where Thiago Alcantara should be replaced by Declan Rice, who was the bedrock of an overachieving West Ham team this season.

In the attacking third, meanwhile, I simply do not understand how the division’s joint-top scorer Heung-min Son misses out so he would replace Cristiano Ronaldo for me. And finally, swap out Sadio Mane for Bukayo Saka, who was Arsenal’s standout player this season with 11 goals and seven assists in the league.

Liverpool and Manchester City players receive more than enough praise and it wouldn’t have been too controversial to spread the love around a bit.

Unsung Wolves hero Jose Sa could justifiably get in ahead of Alisson having led the league in goals prevented and ranked second for save percentage, according to Opta.

Finally, Bukayo Saka goes in ahead of Thiago with the Arsenal man having led all under-21s in Europe’s big leagues for minutes played, goal involvements and chances created.

The timing of the voting didn’t do fast-finishing Tottenham any favours and I’d have Spurs forwards Harry Kane and Heung-Min Son in the team of the year ahead of Cristiano Ronaldo and Sadio Mane.

The Liverpool-heavy PFA selection should probably be redressed by replacing Thiago Alcantara with the rock-solid Rodri in midfield although West Ham’s Declan Rice deserves an honourable mention in that department.

Centre-back Aymeric Laporte is another Manchester City player unlucky to miss the cut so he gets the nod over the much-improved Antonio Rudiger in my 11.

I’m happy with the back five, although you could make a case for Jose Sa being overlooked in goal.

In midfield I think Thiago has benefitted from some very good performances in high-profile games but Rodri had a bigger impact across the entire season. An honourable mention must also go to Declan Rice narrowly misses out here.

The front three is the furthest out. Cristiano Ronaldo does not have what it takes to contribute off the ball for a team at the top level any more and should be replaced by Harry Kane, who had 17 goals and nine assists, demonstrating his contribution as an all-around number nine.

It’s also hard to see the case for Sadio Mane getting in ahead of Heung-Min Son, who finished as joint-top scorer with 23 despite not taking any penalties.

I’d make loads. Reece James would come in at right-back ahead of Trent Alexander-Arnold and I would have both Aymeric Laporte and Marc Guehi ahead of Antonio Rudiger.

I am not even sure Sadio Mane was one of Liverpool’s best attacking options this season, let alone the Premier League’s. I’d replace Mane with Jarrod Bowen and Ivan Toney would get in ahead of Crisiano Ronaldo.

I think the Liverpool bias is a little OTT considering they didn’t win the league but it would depend on the selection criteria. Personally I would be inclined to go on the impact players had on their respective teams.

Jose Sa surely is in the reckoning while Aymeric Laporte, Marc Guehi and Dan Burn are options at the back with Antonio Rudiger most vulnerable. Declan Rice and Rodri are certainties in midfield, with Raphinha and Conor Gallagher alternatives from struggling sides, with Thiago and Bernardo Silva perhaps in on reputations.

Up front, how on earth Sadio Mane is in the side is anyone’s guess with joint top-scorer Son Heung-Min ridiculously omitted. Can’t argue with Mo Salah despite his disappointing finish while Cristiano Ronaldo makes it after scoring a third of his dismal side’s goals, although Harry Kane is in the reckoning.

With Alisson and Ederson both keeping 20 clean sheets, there is little to separate the pair, but I think the latter deserves to be No.1 given the fact Man City won the title and Liverpool didn’t.

I can accept the quartet picked at the back, so that stays as it is, but for all the talent that Liverpool midfielder Thiago possesses, he doesn’t deserve to be ahead of West Ham’s Declan Rice.

Looking at the front three, I’m absolutely flabbergasted that Son Heung-Min has been overlooked given the fact he shared the Golden Boot with Mohamed Salah, who has been included, and the Spurs ace replaces Cristiano Ronaldo.

There is also a spot in the side for West Ham’s Jarrod Bowen after he scored 12 goals and registered 10 assists. He replaces Sadio Mane, another Liverpool player I was surprised to have seen make the cut.