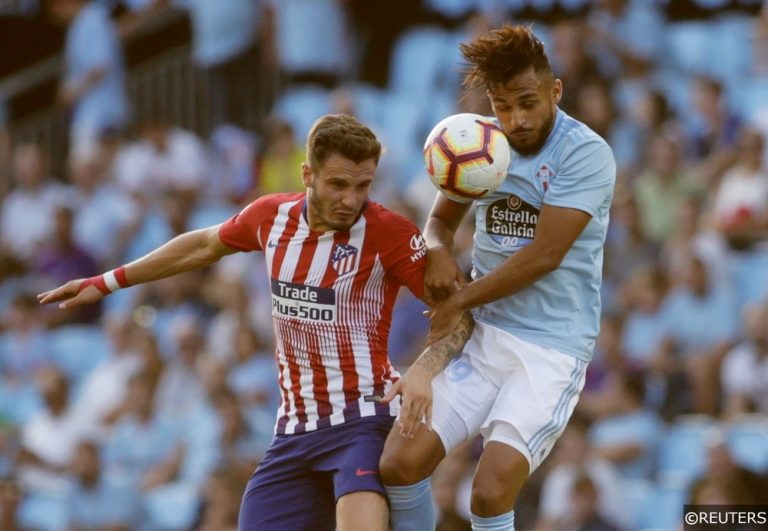 While the opening two weekends did produce plenty of intrigue and talking points, we’ve had to wait until match-day three for the new season in La Liga to really burst into life and it has certainly done that over the past few days. With no fewer than four local derbies it was always likely to be a feisty weekend of action and it was a weekend that certainly showcased La Liga at its very best after the debacle of the Real Valladolid-Barcelona game on match-day two, played out on a pitch that was barely fit for a pub team.

The weekend started with a 0-0 draw and featured one postponement due to the indefinite closure of Rayo Vallecano’s stadium but it still managed to produce 29 goals across the other 8 matches with 10 coming at Camp Nou. There were sendings off, stoppage-time winners and derby heroes and more than enough entertainment to keep Spanish football fans debating the big issues over the relative lull of the international fortnight. Here are some of the main stories from La Liga’s match day three:

You will struggle to find an atmosphere more intense this season anywhere in Europe than the one that played the backdrop to a typically heated Seville derby. 53,000 packed into the Benito Villamarin, with all but a few hundred roaring Betis on as they chased a first home derby win in 12 years. The arrival of Quique Setien in the green and white half of the city has really ignited a rivalry that has always been Spain’s most intense and we now look to be heading into a real golden era in the Andalusian capital with Betis and Sevilla operating on more or less a level playing field again.

Sunday’s clash showcased just how far Betis have come over the past twelve months. They headed into the game having failed to score so far this season but they produced their most polished display yet with Sevilla mostly on the back-foot even before Roque Mesa was controversially sent off in the 66th minute. The game was goalless at that point and Sevilla fans will certainly argue that the outcome hinged on that moment but in truth Betis were good value for their goal when it eventually came. The scorer was none other than Joaquin, a man who knows the Seville derby like few others and someone who continues to roll back the years at the age of 37.

To put things in some perspective, Joaquin first played in a Seville derby way back in the year 2000 and was the only surviving Betis player from their previous home win over Sevilla in 2006. He’s a curious case in many respects in that in some ways his career is one of unfulfilled potential. Capped by Spain as a 20 year old, he seemed destined to be a part of Spain’s golden era but ultimately failed to take his place as his compatriots dominated world football for four years. However as he edges towards 40, he has found a new lease of life and firmly cemented his place in Betis folklore on Sunday and the winger remains a force in La Liga at a time when younger members of that golden Spanish team have moved on to less challenging leagues.

Disappointment for @atletienglish as they lose 2-0 at Celta Vigo pic.twitter.com/3KLKIKna4K

It was certainly a weekend when barren runs were ended. Celta Vigo hadn’t even scored at home to Atletico Madrid in any of their previous 4 meetings at Balaidos. However they produced an excellent display on Saturday as Antonio Mohamed got the better of his childhood friend Diego Simeone with a 2-0 victory that sees Celta go 3rd in La Liga heading into the international break.

Mohamed was a surprise appointment in many respects, plucked out of Mexican football and having never previously managed in Europe. He does have a very exciting front three at his disposal and it was no surprise to see Iago Aspas and Maxi Gomez the men on the scoresheet for the Galician club. Equally impressive has been how Mohamed has got Celta organised defensively following several major departures this summer which appeared to leave them light in important areas.

While Simeone has tried to play the significance of the result down, this was a genuinely poor performance from Atleti, who failed to even have a shot on target in the game. They weren’t any better the previous weekend against Rayo Vallecano and already find themselves 5 points behind Real Madrid and Barcelona, a margin that can take months to make up in a league where the top teams so rarely slip up. Having spent over £100 million this summer, there is pressure and expectation on Atleti this season but it was a very poor all-round display when you consider how much talent they now have at their disposal.

Top flight debutants Huesca and their inexperienced coach Leo Franco clearly hadn’t read the manual when it comes to visiting Camp Nou. The one thing you don’t do, particularly when you’ve only just come up, is try to beat Barcelona at their own game. That was perhaps their first error as Huesca, no doubt encouraged by 4 points from their opening 2 matches, set about trying to have a go by sticking with two up front, a system that had brought two goals in both Eibar and Bilbao. The second cardinal sin they committed was to have the nerve to score first inside the opening five minutes.

That only served to make Barcelona angry and they came roaring back with a finishing masterclass as the somewhat naive new boys were swept aside time and time again. Leo Messi turned down the chance to complete his hat-trick with a late penalty so both he and Luis Suarez ended up with braces as Barca won by a crushing 8-2 margin.

It was a steep learning curve for Huesca and their coach with the defeat highlighting just why most Spanish teams choose to park a big bus whenever they visit Camp Nou. The minnows though will be more than content with their return of four points from their opening three games, all of which were away from home as their stadium is redeveloped to bring it up to top flight standard.