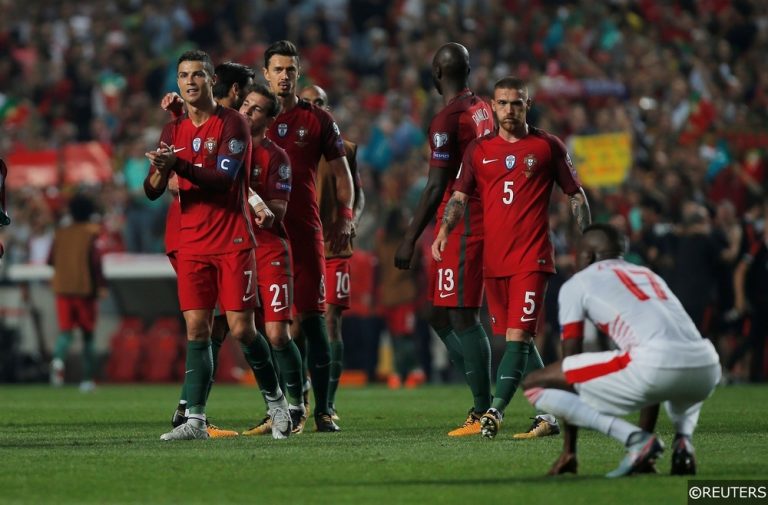 Russia 2018 has been a real mixed bag for Portugal. From the highs of Cristiano Ronaldo’s hat-trick to the perils of VAR in added time against Iran. They narrowly lost out on top spot, but very nearly blew their place in the competition. Meanwhile, we always have to remember how they shocked everyone at Euro 2016.

The Portuguese should have reasons to be happy with their displays, but there are also some major issues to be ironed out. Ahead of their last 16 clash with Uruguay, here’s our look at Portugal’s group stage, though their most interesting statistics so far.

Also see: Are Portugal Ready for Uruguay After Iran Clash?

Portugal have looked to their talismanic forward during this tournament, and he’s delivering. Portugal’s captain has already topped his best ever tournament haul in the opening three games in Russia. His four goals at this tournament outranks the three goals he’d bagged in total across the previous three World Cups. Even for the Ballon d’Or holder, this is a step up.

Through the first 224 minutes of Portugal’s group games, Ronaldo was the only man to score, until Ricardo Quaresma’s wonderful effort against Iran. Throughout their European championship run, the Portuguese had various players popping up with goals. This time around, they’re more reliant on their leading man. However, at his best Ronaldo could drag a side in to the final, and he’s started off like that’s his intention.

The worrying part for Portugal isn’t Ronaldo’s dominant assault on the scoring charts, but his teammates failing to chip in. The Real Madrid man has hit all but two of their shots on target at this tournament so far, and it took over 128 minutes before any other player made one. While the European champions have a fantastic side, they certainly need someone to step up and start threatening up front, or else they’re going to become very predictable.

Of course, it isn’t just about getting players in to positions for chances. Ronaldo has hit almost half of his efforts on target so far. Meanwhile, the rest of the squad have a total of 18 attempts, just two of which have tested the goalkeeper. Neither of those two on target efforts have come inside the box, although Quaresma’s did manage to find the back of the net with an incredible bend. Overall, Portugal have tried the most long range shots, with 64% coming outside the box.

How Key is Ronaldo to Portugal?

The nature of Ronaldo’s displays has left him fighting on his own at times. That was certainly true in the clash with Spain, as he set up two of his three goals in Sochi himself. That’s left Portugal with a single assist per game, despite scoring five times so far. It seems that they’ve got an issue creatively, especially as Ronaldo is no longer involved in the play enough to tee up a teammate, he’s just there for the finish.

Goncalo Guedes got Ronaldo’s assist against Spain, while Joao Moutinho swung in the corner for him to convert the winner against Morocco. Adrien Silva’s backheel found Ricardo Quaresma in space ahead of his brilliant strike. Instead of supplying a chance from a set piece, the Leicester man pushed on in midfield to play a part in that build up, in a noticeably more attacking display.

Only the defensively minded Iran allowed Portugal to play, as they managed to supply 19 crosses in that game, as well as 170 passes in dangerous areas. Again, we come back to Quaresma. He supplied over half of those crosses himself, alongside his brilliant strike. However, even with that game the Selecao look limited. They’ve spent just 23% of the time in their opponents third of the pitch – only five sides in Russia have a worse record.

Portugal Need an Eye on Suspensions

One concern at the World Cup is that picking up two bookings in the first five matches brings a suspension. You need to be even more concerned about that when you have six players already booked before meeting Uruguay.

The clash between Portugal and Uruguay features two sides who are prepared to get stuck in. These are both crafty sides, and you’d suspect that we’re going to see cards handed out. However, if Santos sticks with the side from the Iran game, then almost half of the 11 will be a card shy of a ban.

That’s tough for a structured Portugal side, especially if they’re aiming to scrape their way through the knockout matches again. Repeating their displays in France would be difficult with Ronaldo banned, while Ricardo Quaresma is emerging as key for their hopes. Santos needs to make sure his men keep their cool.

Take a Look at Our Uruguay vs Portugal Predictions

How is the Defence Shaping up?

Interceptions Per Game: 6 (Lowest in Tournament) 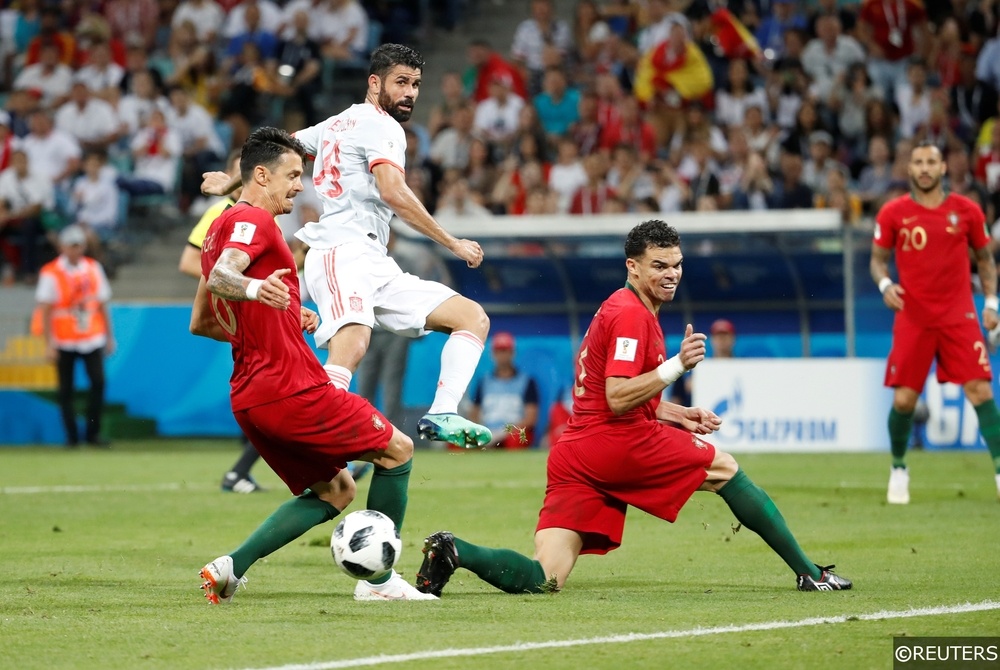 Portugal may have creativity problems, but their defence carried them through Euro 2016. They’ll be out to repeat that in Russia, but so far they are having mixed fortunes. They’ve recorded fewer interceptions per game than any side, which suggests that they’re not the most aggressive pressing side. They prepare to sit tight and deny space, rather than hunting for possession.

Sitting back seems like the best tactic for them, given that they’ve won just over half of their 90 tackles attempted. Only Costa Rica and Iran have been dribbled around more than Portugal this summer.

They’ve conceded over 11 shots per game on average this summer, conceding from 11% of those attempts. However, they’re yet to concede a chance to a counter attacking move, showing how organised they are. With Uruguay hitting 80% of their goals from set pieces, the fact that Portugal have faced two efforts on target from set plays this summer has to be a boost for them.