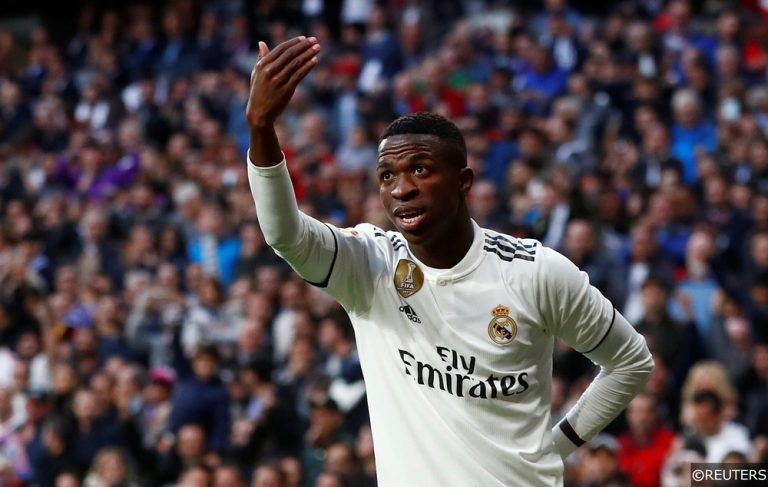 It was an entertaining weekend in Spain’s La Liga as the unpredictable nature of this season continued. The nine games on Saturday and Sunday produced no fewer than ten goals in the 80th minute or later with four coming in or after the 90th minute. In amongst that lot were many significant strikes with both Barcelona and Real Madrid needing late goals to spare their blushes against newly promoted opposition.

The weekend concludes with Barcelona 4 points clear at the top although Espanyol can cut that margin to 3 when they take on Athletic Bilbao on Monday night. At the other end Huesca and Rayo Vallecano remain in the bottom two positions after both sides conceded late goals to deny them crucial victories.

Meanwhile there was more home misery for Valencia and Villarreal with the pressure now really mounting on their coaches with both sides in the bottom six and without a home win, having finished in the top six last time around.

For long periods in Madrid on Saturday evening it looked like we were on course for another huge upset in a season that has produced many. Already beaten in the capital by struggling Leganes, Barcelona fell 2-1 behind against an inspired Rayo Vallecano side whose performance defied their pre-game position of 19th. Roared on by a passionate home crowd at one of Spanish football’s most atmospheric stadiums, Rayo were pretty good value for their lead too but not for the first time this season they failed to see the job out. Ousmane Dembele came off the bench to net an 87th minute leveller for the Catalans, a much-needed boost to his confidence levels. There was worse to come for the home fans though as Luis Suarez poked home moments later to seal a dramatic win for Barcelona and extend their lead at the top to four points.

It was a performance and result reminiscent of their title success last term. Frequently Barcelona put in sub-par displays but they ground out results with a consistency that none of the other top sides came close to matching. Even without Leo Messi on Saturday, they pulled something out of the bag again to claim maximum points despite a poor all-round performance. Ernesto Valverde’s men would have returned to Barcelona knowing that it’s on nights such as that one, that titles are ultimately won and lost.

Vinícius Júnior was signed by Real Madrid for a reported fee of around £40 million in the summer. At 18, he was clearly viewed as one for the future despite the high price-tag but with every passing inept display from Real Madrid this season, the clamour for him to feature has grown and grown. A lively showing in the Copa del Rey in midweek convinced Santiago Solari, in his first home game as Real Madrid’s interim boss, to put Vinícius on the bench for the clash against Real Valladolid on Saturday.

Despite the change at the top, the performance was every bit as bad as the ones in the final weeks under Lopetegui. The newly promoted visitors were more than a match for Los Blancos, rattling the crossbar twice in the Second Half as the whistles and groans became ever more audible at the Bernabeu. The home crowd had to wait until the 73rd minute before they finally got to see Vinícius in action and he didn’t take long to make his mark.

With seven minutes to play, the ball broke to Vinícius inside the Valladolid penalty area and his effort found its way into the back of the net, admittedly courtesy of an enormous deflection. It didn’t stop the lively teenager wheeling away in celebration of a goal that he almost certainly won’t ultimately be credited with. Sergio Ramos’ cheeky chipped penalty a few minutes later sealed a scarcely deserved 2-0 win for Real Madrid but did little to change the mood at the Bernabeu with excitement around the potential of their latest Brazilian wonderkid about the only positive for Real fans right now.

More late drama on Sunday as Alaves slip up

That feeling when you score a last minute derby winner! 💙❤#EibarAlaves pic.twitter.com/Cov6FZjpPt

Alaves’ surprise rise to 2nd place has been largely the result of their ability to score key late goals. They’d netted stoppage time winners in 2 of their previous 3 league games but the boot was on the other foot on Sunday in the Basque derby at Eibar. Jony’s early free-kick had given Abelardo’s men a dream start but the hosts had the better of a fiery game which ended 10-a-side. Eibar got their just rewards late on as Papa Diop powered a header home in stoppage time to seal a 2-1 win and condemn Alaves to just their 3rd defeat.

The second game of the day at the Ceramica also exploded into life in the latter stages. The deadlock was broken by a Ramiro Funes Mori own goal in the 77th minute to give in-form Levante the lead. They would be denied a 5th straight win though by Alfonso Pedraza’s 93rd minute leveller however the result may change little for Villarreal boss Javi Calleja, who is on the brink of the sack with his side yet to win a home league game this season.

There was also a stoppage time equaliser at the Estadio El Alcoraz where bottom club Huesca were denied their first win since the opening day by Jorge Molina’s 91st minute strike for Getafe. That was a bitter blow for the Aragonese club but they did at least collect their first point since appointing Francisco.

The late drama didn’t end there though as a thrilling game in Seville saw Celta come from 2-0 down to lead 3-2 at Real Betis. However they couldn’t hold on as Sergio Canales’ brilliant late free-kick ensured the points were shared to leave both sides languishing in the bottom half.