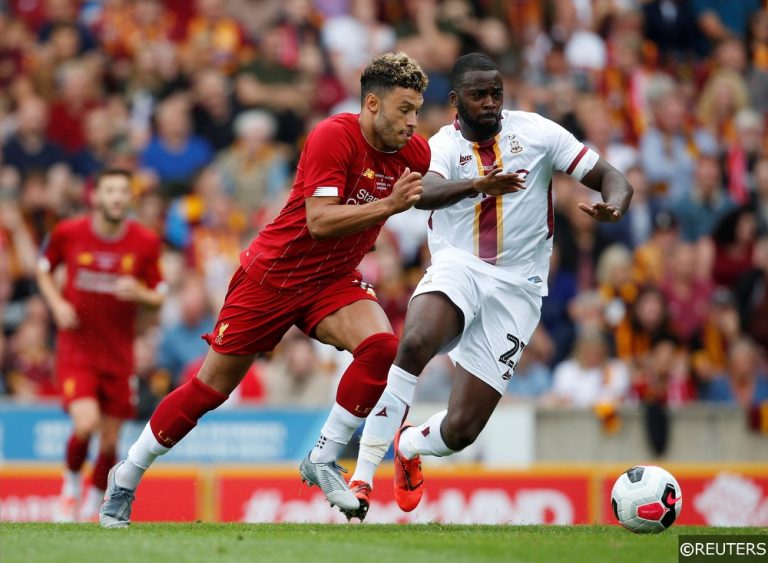 Lincoln City proved to be relentless in their pursuit for glory last year as they won the title with something to spare, and with Bury and MK Dons also going up, as well as Tranmere Rovers via the play-offs, the league appears to be wide open for a side to string a strong season together and claim glory.

Coming into the division following their relegation from England’s third tier are Bradford City, Scunthorpe United, Walsall and Plymouth Argyle and all four will hope they have what it takes to bounce back at the first attempt.  Leyton Orient are back in the Football League but with the tragic death of their National League title winning manager Justin Edinburgh in the off season, it remains to be seen what sort of force they can be in the coming months. The league is completed by newly promoted Salford City who will have plenty of attention at their door due to their connection to “The Class of 92.”

We are predicting an immediate return to League One for Bradford City following their relegation last year, and we think that they will be able to accomplish this in the most emphatic way possible.

The side from West Yorkshire has recruited plenty of experience in the off season as they have secured the return of home town striker, Clayton Donaldson. The 35-year-old may not be able to start every game but his experience could prove vital.  Add that to the captures of striker James Vaughan, left back Jackson Longridge, and a host of other signings and they look in good shape coming into the third tier.

Bradford City haven’t found themselves in the fourth tier of English football since the 2012/13 season, and in all fairness to them they have never found themselves out of their depth in League One. They finished 11th in their first season back in League One, following that with a 7th place finish and two playoff appearances before dropping back down to mid-table. Last season obviously saw a major downfall, but they’re a team who have previously been very comfortable at a higher level and we can see them putting in a good showing in League Two.

The strike partnership of Donaldson and Vaughan will prove key to their chance of success. Both strikers are vastly experienced and both have spent many years playing at a higher level, so them putting the fourth tier defences on the back foot looks a surefire way to keep them in the hunt for the trophy.

Find out who we’re tipping for the top flight with our Premier League Outright Predictions.

Exeter City to be Promoted

Exeter City struggled to come to terms with their relegation from League One back in 2011/12, enduring a few difficult seasons in the lower portions of the table while they rebuilt their team. The last few years have seen a definite upward trend though, with playoff final appearances in two of the last three seasons.

A dip in form in autumn ruined The Grecians chances of another promotion attempt, but they only lost 8 of their final 25 League Two games and have put in some good performances in preseason. Despite losing Jayden Stockley to Preston back in January, Exeter City coped well in the second half of the season.

They have made a few useful signings over the summer too, replacing Stockley with Charlton’s Nicky Ajose and adding defensive reinforcements in the form of Garry Warren and Tom Parkes. We fancy The Grecians to make a push for promotion this term, and they look good value for promotion here.

Colchester United to be Promoted

Colchester United were relegated to League Two at the end of the 2015/16 season after 8 seasons in League One, but now they’ve had a couple of seasons to settle themselves we’re expecting them to push for a return to the third tier.

The U’s finishing 8th in their first League Two season and 13th in a concerning year after that. Last term is was back to playoff contention, with an 8th place finish and just one point separating them from Newport County above them.

Many will be concerned by their loss of talisman Sammy Szmodics, but we think they have reason for optimism. They have brought in the excellent Jevani Brown to replace Szmodics, who appeared 41 times and scored 6 goals for Cambridge United last season. Not only that, but they have shelled out some cash on young centre back Omar Sowunmi and brought in Luke Gambin and Paris Cowan-Hall on free transfers.

All in all, we’re expecting a strong season from Colchester and at these odds they look good value for a return to the third tier. 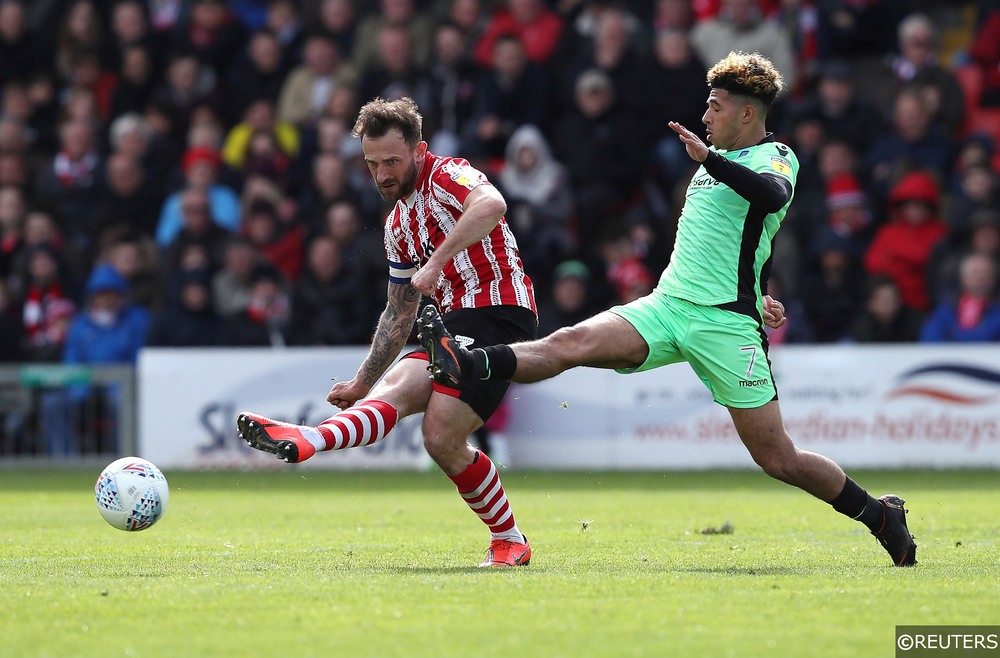 Plymouth Argyle to be Promoted

Plymouth Argyle narrowly missed out on a playoff spot in their first season in League One in 2017/18, but last season was something of a disaster for The Pilgrims. They lost 5 of their last 6 games in the league to end the campaign in 21st, missing out on safety on goal difference alone and sending them back to the fourth tier.

However, The Pilgrims have managed to retain the bulk of their squad over the summer and are still very much a League One standard team. They have also put in a raid on the cash-strapped Bury, bringing in Byron Moore, Will Aimson, Danny Mayor, Callum McFadzean, and Dom Telford to strengthen the squad. The acquisition of playmaker Jose Baxter from Oldham is a promising one too.

This is a club that knows what it takes to get promoted and are bringing a strong squad back to League Two with them, so we’re expecting a strong showing from Plymouth.

Click here for all our League Two predictions, betting tips, offers, and news.

Morecambe to be Relegated

Ever since Morecambe’s heartbreaking defeat in the 2009/10 League Two playoff semifinal, it’s been downhill for The Shrimps. They finished 20th in the following campaign and ended just 4 points clear of the relegation zone, and there have been only occasional glimmers of hope since.

In fact, Morecambe have finished in the bottom half of the table in 8 of the last 9 League Two seasons and have finished 18th or lower in 5 of the last 6. The season before last saw them avoid the drop on goal difference, and they were only saved from a relegation last year because of the ineptitude of Notts County and Yeovil Town.

The Seasiders are regular strugglers in this league to say the least, and their business over the summer has done little to renew faith in this ageing squad. We think this will be the season that Morecambe finally succumb to the pressure of their perennial relegation battle.

Cambridge United to be Relegated

Cambridge United look to be on the rise after a difficult first season in the Football League, comfortably finishing in mid-table for 3 consecutive years after a 19th place finish in 2014/15.

However, last season saw them take a turn for the worse as they finished down in 21st position, just 6 points clear of Notts County in 23rd. They scored a meagre 40 goals in their 46 games, resulting in the 2nd worst attacking record in the division.

Jevani Brown was their top scorer and provider last season with 7 goals and 8 assists, but has since been sold on to Colchester United. This is less than ideal for a team who have struggled to find the net on a regular basis for a few seasons now, and considering their rather uninspiring incoming transfers we think they lack the necessary firepower to remain in the Football League this term.

31-year-old James Vaughan is our pick to claim the League Two golden boot this season following his transfer from Wigan to Bradford City this summer.

The veteran marksman comes to Bradford with a wealth of experience under his belt, with most of that experience coming from a higher level than League Two offers. Vaughan may have struggled in the Premier League, but he’s proven himself a capable goalscorer in the Football League and even managed to hit 24 goals in the 2016/17 League One campaign.

Vaughan should prove a real handful for the League Two defenders, and his combination with Clayton Donaldson will ensure that the opposition has plenty to worry about rather that just focusing on Vaughan himself.

Free Super Tips provides daily accumulator tips from all the football around the world.