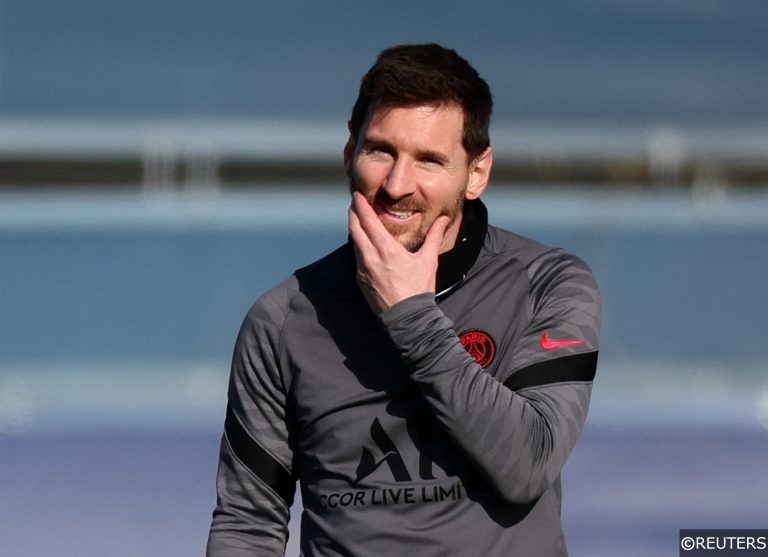 The new Ligue 1 season gets underway in the first weekend in August and Paris Saint-Germain head into the campaign as the defending champions.

PSG claimed their 10th league crown last season to draw level with Saint-Etienne as record winners, meaning they can secure that record outright if they come out on top again this season.

Les Verts are a notable absentee after being relegated to the second tier alongside Bordeaux and Metz last season, with Toulouse, Ajaccio and Auxerre winning promotion.

Ajaccio play in the opening game of the new season as they make the trip to Lyon on Friday August 5, while PSG open their campaign at Clermont the following day.

I’ve had a look over the outright markets and put together a few options ahead of the new season, including a 20/1 shot in the top scorer market.

PSG won the French top flight at a canter last season as they finished 15 points clear of nearest rivals Marseille. The Parisian outfit had lost out to Lille in the previous campaign but responded in style, and given the wealth of talent within their squad it is hard to see any way they could miss out on another league crown under the guidance of new coach Christophe Galtier – the man who masterminded Les Dogues’ success in 2021.

At such a short price, 1/9 at the time of writing, it hardly seems worth backing them to win the league as a single but if you are lining up a league winners multiple then PSG have to be the pick in Ligue 1.

Personally, I’d be tempted to leave them off any season-long bets at such a short price, given the fact the Champions League is widely understood to be the club’s hierarchy’s priority, but it is still virtually impossible to make a case for any of their Ligue 1 rivals to deny them the top domestic price.

This is where it gets interesting, because if you take PSG out of the equation, Ligue 1 is a very competitive competition and there are plenty of teams who could realistically finish in second spot.

L’OM came in best of the rest last season and they should be strong again, although they will also have a Champions League campaign to focus on. Monaco will also have European football to contend with and as such the 11/4 on offer for Lyon to take second spot appeals.

Les Gones finished a disappointing eighth last season but they were still only 10 points behind Marseille. OL don’t have any European football to detract from their domestic aims and have largely managed to keep their squad intact, as well as completing some eye-catching deals themselves.

Alexandre Lacazette and Corentin Tolisso have returned to the club following spells with Arsenal and Bayern Munich respectively, while Argentina international Nicolas Tagliafico has joined from Ajax and exciting youngster Johann Lepenant has arrived from Caen.

Given the squad at manager Peter Bosz’s disposal, Lyon may well be able to finish best of the rest – indeed they could even push PSG for the title if they manage to keep their key men fit and enjoy a bit of luck along the way.

Promoted Ajaccio are the favourites to be relegated at 8/15 but at such a short price they don’t really appeal here. Ajaccio have probably been underestimated a little as well, and if they can use their momentum from winning to promotion to make a strong start they may surprise a few people and be able to avoid an immediate return.

It is worth noting that only two teams will definitely be relegated from Ligue 1 and the team that finishes third bottom will contest the relegation play-off with a team from the second tier, adding another element of uncertainty into this market.

One team that does stand out, however, is Clermont Foot at 11/8. Clermont came in 17th in their first ever season in the top tier of French football but they could be a victim of the dreaded ‘second season syndrome’ this term.

Les Lanciers lost a joint league-high 20 games last season, alongside relegated Saint-Etienne, and the fact they avoided the drop was thanks largely to a strong start and then another decent spell in mid-season.

The capture of former France international Maxime Gonalons does look a shrewd addition but otherwise Clermont have been fairly quiet in the transfer market, with journeyman striker Komnen Andric and Poland international defender Mateusz Wieteska their other notable arrivals.

They do have a very capable manager in place in Pascal Gastien, but a lack of quality within their squad is an issue. Clermont lost eight of their final 12 games last year and if they pick up where they left off they could struggle to avoid the drop in the coming campaign.

Lacazette has made a return to the Groupama Stadium, or the Parc Olympique Lyonnais if you prefer, after a five-year spell with Arsenal in the Premier League and looks a good value option at 16/1 to top the scoring charts in France.

The 31-year-old had a poor season in North London with just four goals in 30 games (20 starts) last time out, but prior to that had been a key man in the Gunners’ attack and he had an impressive record during his first spell with Lyon. Lacazette scored 76 goals in 97 Ligue 1 games during his final three seasons with the French outfit, finishing as the division’s top scorer in the 2014/15 season as well as hitting 28 goals in just 30 appearances in 2016/17 before joining Arsenal.

PSG’s Kylian Mbappe is the odds-on favourite, ahead of team-mates Lionel Messi and Neymar, but at such a short price has no real appeal here. The France international has led the scoring charts in each of the last four seasons in Ligue 1 and could make it five in a row, but PSG may share the goals out among their three attacking superstars and he could also be rested for some games during Champions League weeks.

Admittedly, Lacazette would have to have an exceptional campaign to finish ahead of Mbappe and co but he is likely to be Lyon’s main marksman. As mentioned earlier, Les Gones aren’t involved in Europe so barring injury you would expect Lacazette to play in every game and at what looks a big price is worth a small stake in the top scorer market.