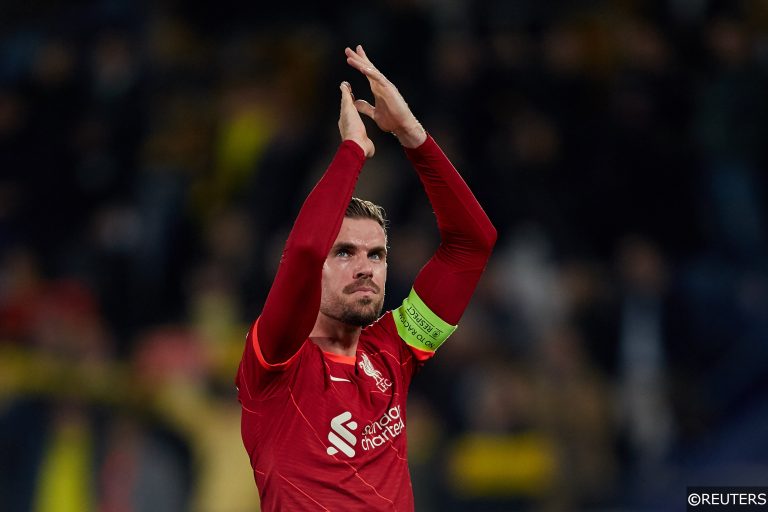 The rest of the noise has drifted away, with the Premier League wrapped up and most of the season’s major prizes dished out. That leaves focus just for the Champions League (with apologies to the Championship Play-Off final).

The showdown between Liverpool and Real Madrid is a mouth-watering one, especially as the Reds look to make up for their final day heartbreak in the Premier League. The Reds were good enough across the campaign to earn the title, while the European Cup isn’t a bad consolation prize.

Ahead of their showdown with Real we’ve gone through the key numbers you need to know, with those statistics pointing us towards a 304/1 bet builder for the clash!

We’ve got all angles covered ahead of Saturday’s Champions League final, from our latest analysis to our Liverpool vs Real Madrid predictions. However, keep reading for all the crucial stats you need to know heading into the game.

Real’s path to the Champions League final is much-reported, with the Spaniards dumping out the Ligue 1 and Premier League winners alongside the reigning European champions. As impressive as their comebacks were, it means that Real have spent very little time ahead in their Champions League games this term. Across six knockout matches this season, Real have spent only 98 minutes of normal time ahead in the game.

Like Real, Liverpool led in their last 16 tie for just 18 minutes of play. However, they dominated in later rounds to head into the final having led for 190 minutes in the knockout stages this term overall. The Reds were only behind for just over 50 minutes out of the 540 they played in the knockout rounds, so it’s easy to see this one heading to extra-time.

Liverpool won their first three meetings with Real in this competition, spread across 28 years between 1981 and 2009. However, since then they’ve failed to win any of the last five, losing four. Los Blancos have lifted the trophy on each of the last seven occasions when they have appeared in the final, including a 2018 win over the Reds.

On top of that, Spanish sides are unbeaten in European finals against non-Spanish sides since 2001. The one slight bit of hope for Liverpool is that they were the last team to achieve that feat 21 years ago, winning the UEFA Cup against Alaves. In that season they also went into the final having won both domestic cups. Although, that win did come after extra time too.

Having scored 33 goals in this competition under Jurgen Klopp, Mo Salah has the fourth-highest tally under one boss in Champions League history. He’s in there with some impressive names, bettered only by Lionel Messi under Pep Guardiola (43), Ruud van Nistelrooy for Sir Alex Ferguson (35) and Thierry Henry with Arsene Wenger (35).

Meanwhile, Paolo Maldini in the 2005 final against Liverpool is the only man older than Karim Benzema to strike in the final of this competition. The Frenchman has been Real’s talisman in the Champions League, scoring 15 goals – 54% of their tally.

Benzema has fired Real to the final, but he hasn’t done it alone. The French forward has had five of his goals set up by Vinicius Junior, with those accounting for all but one of the Brazilians’ six assists in the competition this season.

Threat from the bench

Across the two sides, no player has averaged more shots per game in this competition having made at least three starts than Luis Diaz (5.06). The Colombian has had seven shots on target across six appearances in Europe since his January move from Porto.

However, both sides carry plenty of threat from the bench. Rodrygo isn’t expected to start in Paris, but he has had 4.09 shots per 90 minutes, scoring five times from 10 shots on target. Meanwhile, Liverpool supersub Divock Origi has had 13 shots across 185 minutes in Europe this term, averaging just shy of a shot on target per 90.

Reds can keep their discipline

This is Liverpool’s third Champions League final in four years, with their previous two notably low on cards. Just one card was dished out across those two finals combined. Based on this season the Reds are likely to stay out of the book this time too, as they racked up eight fewer yellow cards than any of their fellow semi-finalists.

Meanwhile, Real racked 25 yellow cards across 12 matches on their way to the final. Neither of these two picked up a red card during their run, although the Reds did see four reds handed out to their opponents in Europe this term, accounting for a third of their matches. Expect Real to end the night having won at least the card count.

In terms of individuals, look to Casemiro for Real. He’s picked up three bookings in the Champions League this term, averaging more fouls per game than any player across either side.