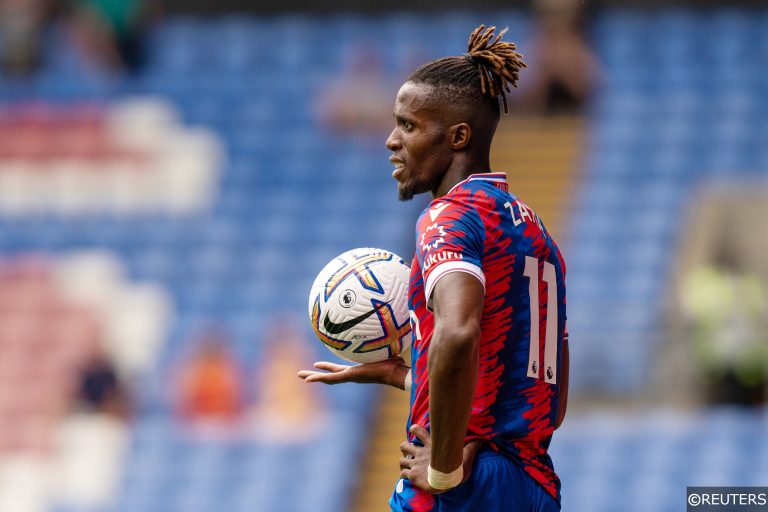 The first midweek round of Premier League fixtures will almost certainly be the best for one shrewd punter after he landed a massive first goalscorer 4-fold on Tuesday night to turn £2.50 into almost five grand!

Zac’s tasty acca kicked off with the first two Premier League fixtures at 7:30pm but with both the early kick-offs going into the break goalless it was actually the later games that delivered the goods first.

Raheem Sterling may not have been able to stop Chelsea from losing at St. Mary’s Stadium but the former Manchester City forward got Zac’s bet up and running with a deft turn and finish just 23 minutes into the game, while potential Blues signing Anthony Gordon found the net just nine minutes later to land the biggest price of the 4-fold.

A classic Aleksandar Mitrovic goal came next, with Serbian forward arriving at the back-post just three minutes into the second-half to put Fulham on the path to another win and Zac on the path to success.

Still goalless, it looked like it would be a huge sweat to the end at Selhurst Park but an absolute stunner from Wilfried Zaha half-an-hour from time sent over £4,900 flying into Zac’s SkyBet account, who, according to his Twitter replies, swiftly and smartly withdrew £4.9k to enjoy his well-earned winnings!

Coincidentally, we also tipped Sterling to get on the scoresheet last night and we have more goalscorer tips here!