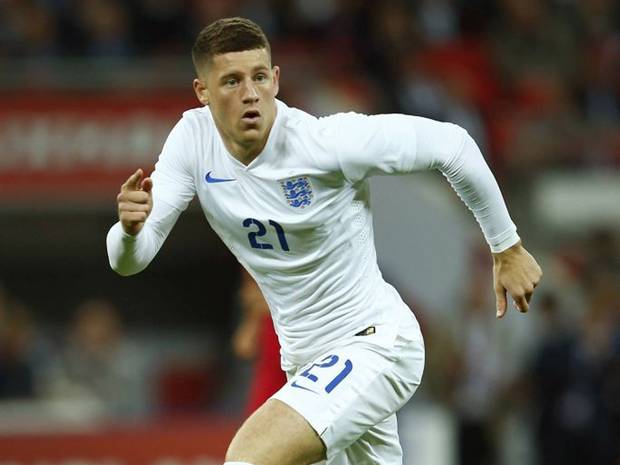 Ross Barkley’s excellent performances earned him a spot on the plane to Brazil in the summer, and boosted his value considerably.

Manchester City are planning a raid on Premier League clubs in the January transfer window, with Christian Benteke, Wilfried Bony, and Ross Barkley the main targets of their interest.

Despite having a strike force consisting of some of the world’s best, such as Sergio Aguero and Stevan Jovetic, Manchester City currently have no fully fit strikers in their squad.

Christian Benteke is likely getting tired of the lack of service he is receiving at Aston Villa, and the highly rated 24 year old striker would probably command a fee of between £20 million and £30 million.

Swansea’s 25 year old Ivorian striker Wilfried Bony would cost about the same as Benteke. One advantage of Bony is that he has proven himself already this season, and he was the top Premiership scorer in 2014.

However, if they did purchase the Swansea sharpshooter, he wouldn’t be available for selection until after the African Cup of Nations, which begins in the middle of January.

One area Manchester City arguably don’t need to strengthen is central midfield, with Fernando, Fernandinho, Toure, Silva, Lampard, and Milner providing tough competition for anyone coming into the squad.

Barkley, dubbed as the next Paul Gascoigne, has impressed in the past year for Everton. His stellar performances at the end of last season even earned him a spot on the plane to Brazil for the World Cup.

This, and the fact he is an English talent, means he will command a hefty fee to prise away from Goodison Park.

But Everton are believed to be willing to accept a £45 million offer for the young midfielder, with the money going towards overhauling Roberto Martinez’ disappointing squad.

With Manchester City hot on the tails of league leaders Chelsea, securing these players services will put them in prime position to defend their Premiership title.