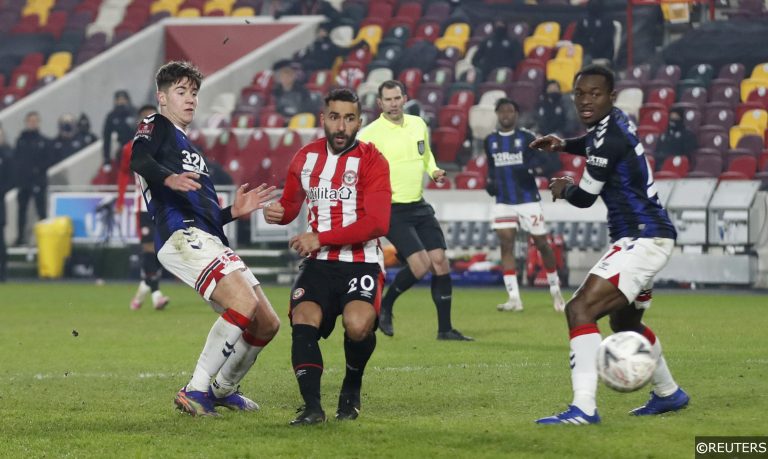 Saturday is the busiest day of the week for football fans and bettors alike and the swathe of morning punters can often dish out some useful information. The more people who bet on a team, the shorter their odds get and the wisdom of the crowd is a very real phenomenon.

With that in mind, we’ve scoured the data to find the best backed teams this Saturday and compiled them all into one 12/1 acca.

Milwall’s loss on Wednesday could prompt Gary Rowett into a few changes, while Kenneth Zohore, Maikel Kieftenbeld, Ryan Leonard and Connor Mahoney are all sidelined through injury.

The Lions have lost three of their last five and are now 12 points adrift of the playoffs, while Boro’s 2-0 win over Preston in midweek made it three wins from four and leaves them only five points shy of the top six.

League One relegation candidates Wimbledon are winless in six after their draw at home to Wigan in midweek and they head into this without the injured duo of Shayon Harrison and Archie Procter.

Charlton, on the other hand, are unbeaten in their last five League One outings and pulled off an incredible comeback in midweek, coming from 2-0 down to beat Bristol Rovers 3-2.

Bolton are one of the form sides in an incredibly competitive League Two promotion race, heading into this unbeaten in 11 matches and having won nine of those. This has pushed The Trotters into sixth, but they are just five points off the top spot and look in fine shape right now.

The same can’t be said of Walsall, however. Winless in nine, the visitors are 19th in the League Two ladder and could find themselves dragged into a relegation battle if they don’t turn it around soon.

Rock-bottom Grimsby have won only one of their last 16 matches and while they have made themselves slightly more difficult to beat of late, they’re facing a Mansfield side that have proven effective on home soil.

They are unbeaten in three at the One Call Stadium and have beaten seventh-placed Morecambe and league leaders Cheltenham in this run. Grimsby’s road form is another matter entirely, with seven defeats in their last eight attempts and only three goals scored.

Big day of winners for FST on Wednesday