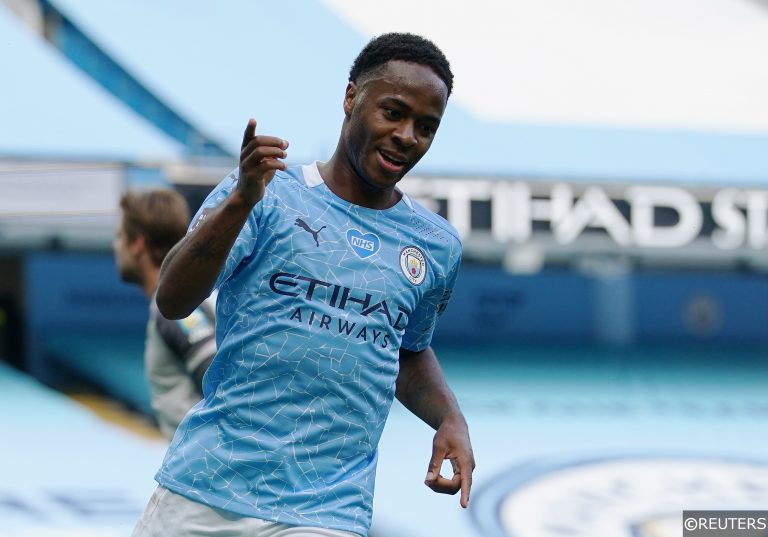 We’ve got another full slate of Premier League action kicking off on Friday, meaning there’s an early deadline for fantasy football managers. You can find our betting thoughts on those games on our Premier League predictions page, while here we’re diving into this week’s Fantasy Football tips.

We’ve taken a look at the stats from each game to pick out our best signing from each of the 10 GW5 matches. You can see our 10 transfer tips below, which will be handy if you are considering hitting the wildcard button.

Newcastle have conceded more goals than any other side in the Premier League this season, while they’ve kept the second-fewest clean sheets among top-flight sides in 2021.

Given how Leeds approach the game, that should translate into plenty of opportunities for Patrick Bamford who looks a standout among forwards right now.

Brentford have a good defensive record, but they head to a Wolves side who look ready to click into gear in the final third. They are averaging 17.8 shots per game and five shots on target per game in the Premier League this season, a high for the club in the top-flight.

Hee-Chan Hwang helped Wolves capitalise on that with his goal off the bench last weekend. Despite only featuring for 26 minutes he recorded an xG of 0.94. With a start likely for the new signing he’s a great value forward option.

This is a tough one to call, especially looking at the underlying numbers. Norwich have mustered just eight shots on target in the Premier League this season, the fewest in the division. On the other hand, Watford have the lowest xG total in the competition this term (2.3).

That makes the case for the defenders here. Backing a Norwich defender isn’t the obvious move, but Brandon Williams is a great, cheap option. That may seem like a risk, but the Canaries push their full-backs on while seven of their next 10 games are a 2 in the FPL difficulty rating.

This fixture screams home win when you think of Arsenal’s fragility, but their Turf Moor record isn’t bad. Arsenal are unbeaten in their last nine away league games against Burnley (W4 D5), last losing here in 1973.

Burnley are winless in their last 12 home league games and the Clarets look incredibly blunt going forward. That lends itself to backing Aaron Ramsdale, who has kept a clean sheet in both appearances for the Gunners. With few cheap keeper options, the Arsenal man is one to consider.

Liverpool have had more shots than any other Premier League side this season (100). They should add to that against Palace this weekend, which allows Trent Alexander-Arnold to set up plenty of goals.

Alexander-Arnold has created more chances than any other player in the Premier League so far this season (20). He’s created at least five chances in each of his last three Premier League appearances, while a clean sheet or a goal from a free-kick wouldn’t be a shock either.

Let’s roll the dice on Pep roulette, with Raheem Sterling chasing a ton of Premier League goals. The winger has 97 to his name so far and he can close that gap against the Saints.

Sterling has been directly involved in 11 Premier League goals against Southampton (7 goals, 4 assists). Only West Ham have suffered more to Sterling. The England man has the best xG per 90 minutes among City players this term and he averaged nearly five shots per 90 minutes. With 1.8% ownership, Sterling is a potentially great option.

Everton have made a high-scoring start and they should build on that seeing as they have lost just two of their last 17 Premier League away games (W10 D5). There are plenty of ways to get in on that good form without breaking the bank.

Abdoulaye Doucoure has been involved in four goals in his four Premier League games for Everton this season (1 goal, 3 assists). He is averaging two shots per 90 minutes for the Toffees and he’s a cut-price midfield option.

With Leicester in midweek European action we’re looking to Brighton players here, especially following their good start. Having won three from four, this is their best ever top-flight start.

Only Manchester City (15) and Chelsea (15) have kept more clean sheets in the league in 2021 than Brighton (11). Meanwhile, Leicester have had fewer shots than any other top-flight side so far this season so back a Brighton defender, with Joel Veltman a good option.

West Ham have won just 28% games without Michail Antonio since his debut in September 2015 so back against the Hammers in this clash. Manchester United lead the way in the Premier League and they’re unbeaten in 28 league away games.

Paul Pogba has seven assists in the Premier League this season, more than in his previous two campaigns combined. He doesn’t look likely to stop any time soon, yet he’s still not hit £8m yet and he’s owned by less than a quarter of players.

Chelsea have kept a clean sheet in 61% of their Premier League games under Thomas Tuchel and this low-scoring Tottenham side are worth opposing this weekend.

Getting a way into the Blues’ backline is tough, but Reece James returns from suspension this weekend and he’s a consistent presence there when available. Having already scored away to Arsenal this term his attacking potential is clear, while clean sheets are never far away with Tuchel’s Blues.