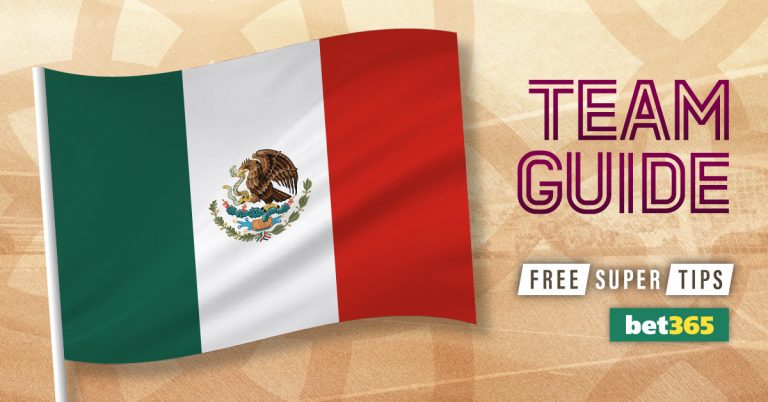 A familiar yet ageing Mexico side make the long journey to Qatar in hopes of extending their seven straight group stage progressions, but they’ll face heavy resistance with the likes of Lionel Messi and Robert Lewandowski playing against them this time around.

As with most nations, playing in such hot and heavy conditions will not be ideal for Mexico as a good portion of their players have spent a considerable amount of time plying their trade in Europe, but that is a problem suffered across the board and could even the playing field somewhat.

Mexico fans have been rocked by the news that they can’t bring their Lucha Libre masks as they support their team, though that won’t stop them from singing their hearts out and starting a few Mexican waves. However, they’ll hope that El Tri won’t be waving goodbye too early in the competition.

Mexico: The story so far

This is Mexico’s eighth consecutive World Cup appearance and each of the last seven saw them eliminated at the round of 16 stage. Gerardo Martino takes the reins but a trio of defeats against the USA in two cup finals and qualifying suggests that they may not hit the heights this time around.

The Mexico squad has remained largely intact for a number of years, with two of their key players Guillermo Ochoa and Guardado appearing at their fifth finals. However, that ageing core highlights the decline of this familiar Mexico side, who have suffered inconsistent results ahead of the tournament proper.

Inconsistency has been the order of the day for Mexico of late, with each of their last ten games at the time of writing differing in result (W4, D3, L3). Being held by Jamaica and defeats against the likes of Paraguay and Colombia hardly inspire confidence ahead of their opener, but history tells us that they will hold their own.

Watch out for Mexico’s star man Hirving Lozano, the Napoli winger has enjoyed a terrific season at club level, playing a key role in Napoli’s early surge at the top of Serie A and their progression to the Champions League knockout phase. Another one to watch is 37-year-old keeper Guillermo Ochoa, he has made some heroic performances at previous World Cups and this could be his final chance for glory.

Mexico are in Group C, which also features Poland, one of the pre-tournament favourites Argentina, and Qatar’s close neighbours, Saudi Arabia. Given the strength of the attacking talent in this group, it’s difficult to call exactly who will qualify aside from Argentina.

The Mexicans are used to having it their own way in the group stages of World Cups, but an ageing team core and injuries affecting the performances of key players such as Raul Jimenez could take their toll on El Tri.

Mexico are level with Poland at 10/11 to qualify from the group, but they lack behind by half a point at 5/1 to win the group. We’d advise staying away from the latter of those selections as Argentina look like a reasonably solid bet to win the entire tournament given their irresistible unbeaten streak.

The most likely scenario sees Mexico and Poland battling it out for second place, but a 4/5 price on El Tri failing to qualify looks like it could be the most sensible play, especially given that Saudi Arabia throw more spice into the group, with the conditions and culture suiting them perfectly despite the lack of top talent.

Mexico are a nation with considerable World Cup pedigree despite never actually lifting the trophy, they have progressed from the group stage in each of their last eight participations but no further than the round of 16 in the last seven editions.

Their best performances came when reaching the quarter-finals in 1970 and 1986, both of which were hosted in Mexico. They’ll have no such home advantage this time around and as such, may struggle to reach similar heights.

With no group stage exit since 1978, Mexico look to have a tough task on their hands to extend that record even further. However, their famously loud horde of optimistic fans will do their part for the cause.

Former Barcelona boss Gerardo Martino occupies the Mexico hot seat for this tournament, although he has already suffered some heartbreak after going 11 games unbeaten to begin his tenure.

Mexico lost in both the CONCACAF Gold Cup final and their Nations League final against their great rivals the USA, whilst defeats in two of their last three friendlies at the time of writing will perhaps lead Mexico fans to temper their expectations at this tournament.

Martino does have pedigree at the World Cup though, leading Paraguay to an impressive quarter-final appearance in the 2010 edition before taking them to a Copa America final in 2011.

Since then, he has managed Group C rivals Argentina, taking them to two losing Copa America finals in 2015 and 2016, and no further than the group stage at the 2016 World Cup.

Mexico boasts a wealth of experience, with goalkeeper Guillermo Ochoa making what will likely be his final bow and Guardado also making his fifth appearance at a World Cup tournament.

Martino will hope to use that strong core to replicate his quarter-final effort with Paraguay back in 2010 with a big focus on high possession play and not so many counterattacks.

The Mexicans recorded a stunning 72% possession in one of their warm-up games against Paraguay, although that doesn’t always equate to positive results as, despite their domination, they fell to a 1-0 defeat, perhaps worryingly so ahead of this tough group.

Mexico not to qualify from Group C at 4/5

Although Mexico have been eliminated at the round of 16 stage in each of the last seven World Cup tournaments, this group could finally be their undoing. They’re up against two of the best strikers in the world, Messi and Lewandowski, who are leading the line for Argentina and Poland respectively. That’s not to mention that Saudi Arabia essentially enjoy home advantage, so there are no easy games for El Tri.