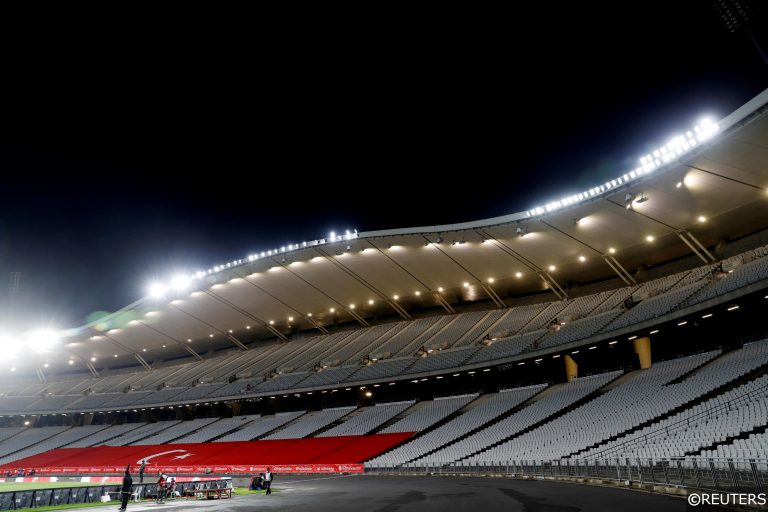 The Champions League group stages are at the halfway point after a frantic start to the season and a few big names look in danger of falling at the first hurdle.

Juventus face an uphill battle in Group H and Club Brugge’s perfect start in Group B means two from Atletico Madrid, Porto and Bayer Leverkusen will be going home early.

With plenty left to play for in Europe’s elite club competition, we’ve together this 47/1 fivefold ahead of the fourth round of fixtures – which take place across Tuesday and Wednesday.

Group B – Atletico Madrid to qualify

Brugge have top spot within their grasp with nine points from three games, six ahead of the other three teams.

Porto have to play two away games so they appear the underdogs, while Bayer Leverkusen and Atletico Madrid still have two home fixtures to play. The Spanish side are the team with the greater experience in Europe and they look to be turning a corner after two wins in their last three games, so Atleti look best placed to join the Belgian outfit in the next round as they have two remaining home games.

Barcelona have managed just three points from their first three games but they still look well placed to qualify from Group C. The Catalan giants can draw level with Inter Milan in second spot if they beat the Italians at Camp Nou this week, and they then probably have an easier run-in than the Nerazzurri in their final two games as Inter still have to travel to Bayern Munich – while Barca face the Germans at home.

Spurs find themselves in a congested Group D with just three points separating leaders Sporting from bottom team Marseille. Tottenham are two points behind the Portuguese leaders but they have two more home games and a trip to Marseille to come. It wouldn’t be a huge surprise if they were to win all of their remaining games and that would be enough to top the pile.

FC Salzburg lead the way in Group E but are still a juicy 6/4 to qualify for the next round. The Austrian club do have a tough run-in with a trip to AC Milan and a home game against Chelsea on the horizon, but they already have points on the board and that may well prove vital in a competitive group of four.

Shakhtar Donetsk are second in Group F and are a big price to finish ahead of RB Leipzig and Celtic at 2/1. The Ukrainian side don’t have the same kind of hectic schedule as their European rivals and will have played runaway leaders Real Madrid twice after this week, while Leipzig and Celtic still have to play the defending champions again, so backing Shakhtar to qualify appeals.