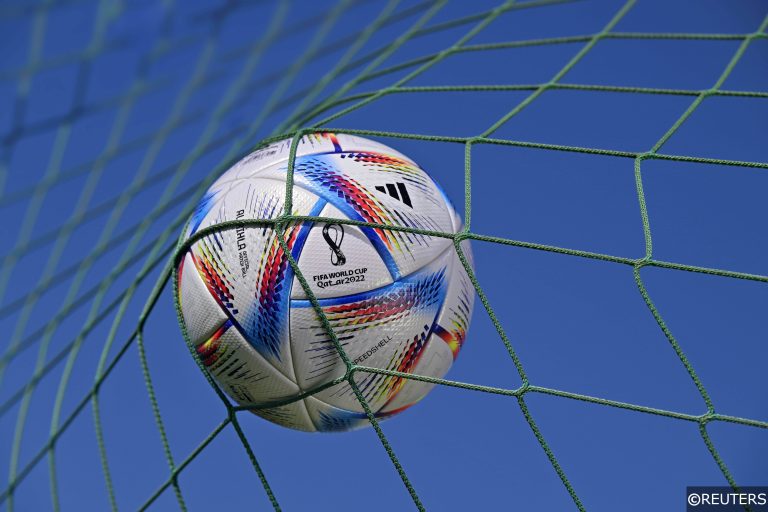 With the international break still in full swing our focus remains with the 2022 World Cup. This week, our experts look ahead to the tournament by picking out their pick to win the golden boot.

Messi is hard to ignore

Lionel Messi at 16-1 should go well and it’s certainly an attractive price for arguably the greatest player in the history of the game.

Argentina have a nice group in with Poland, Mexico and Saudi Arabia and will be looking to reach the latter stages given the quality in their ranks, headed by Messi, who scored all five goals in a friendly against Estonia in June.

The Paris St-Germain superstar, who has looked so much better for his club this season compared to last, was the joint-top scorer at the 2021 Copa America with four goals (he also had five assists) and he took on plenty of responsibility with a tournament-high 18 shots.

Odds of 16-1 on Lionel Messi finishing as the top scorer at the World Cup appear generous given his track record and form for Paris Saint-Germain this season. The 35-year-old has looked far sharper for PSG this term than in his maiden campaign, going into September’s international break having registered six goals and eight assists across 11 outings.

Messi was superb at his last international tournament when guiding Argentina to Copa America glory last summer and finished up with the Golden Boot at that tournament. He has a great chance to add to his tally of six World Cup goals against weak group opposition and is a serious contender.

Harry Kane finished as the 2018 World Cup top scorer and I think the England striker can repeat the trick in Qatar. The Spurs forward has hit ten goals in his last two major tournaments and the 29-year-old may once again be in prime position after the group stage.

England have been drawn alongside Wales, USA and Iran and there has to be a good chance that Kane can find a few goals in what looks a soft-looking section. The Spurs man will be on penalty duty and with the Three Lions fancied to have a good run in the tournament the 8/1 on offer looks a more than fair price.

Belgium will be expected to put in a strong challenge for World Cup glory and spearheading their charge will be Romelu Lukaku, who has scored 68 goals in 102 appearances for his country and is 20/1 for the Golden Boot.

The 29-year-old netted five times in four qualifying games for the major event in Qatar this year and he also starred at the 2018 World Cup, notching four times to finish two behind Harry Kane.

Having been drawn alongside Canada, Morocco and Croatia in Group F, the Red Devils could find the back of the net with regularity and a fair chunk of those goals could go the way of Lukaku.

Given how the groups have worked out, Harry Kane and Kylian Mbappe look obvious market leaders but neither England or France are in particularly good form and I would avoid both, with a leaning towards the PSG star of the two.

The odds would suggest Brazil are the team to beat having won 14 of 17 unbeaten qualifying fixtures, as well as potentially being less affected by conditions than their rivals and a Selecao star could easily claim the honours.

No, not Neymar, although as the penalty taker he is an obvious candidate, but the marmite striker that is Richarlison could land a gamble at odds of 33/1.

Perhaps not a certain starter, the Spurs ace could have played his way into Tite’s plans having scored six goals in his last five games for Brazil in 2022, only three of which were starts and at such a big price he offers plenty of value.

The Netherlands look to have lucked out in Group A, where Senegal are their toughest opponents. That makes Memphis Depay a standout option for the golden boot at 25/1. The Dutchman scored in his opening two games at Euro 2020, while he found the net 12 times across 10 qualifiers.

The Dutch look to have three winnable games in the group stage before a potential last 16 clash with either the USA or Wales. Not only should they get far, but there will be opportunities early on for their main goal threat to rack up an impressive tally. Given his start, I can’t see Depay staying out at 25s too long into the tournament.

Despite England’s Nations League struggles, Harry Kane looks a worthy favourite. He won the Golden Boot at the 2018 World Cup, scored four times in four knockout matches at Euro 20202 and has started the season in fine form for Tottenham.

At bigger prices, though, I like Argentina’s Lautaro Martinez. All eyes will be on teammate Lionel Messi but Martinez has established himself as a first-team regular, scoring 21 goals in his first 39 international appearances. He averaged a goal every 110 minutes for Inter in Serie A last season and, with South American champions Argentina expected to go deep into the tournament, he looks a tempting each-way punt at 33/1.