The race is on for Henrikh Mkhitaryan! We covered his potential move to Chelsea last week, but now Arsenal are reportedly tracking Dortmund’s free-scoring midfielder, who has just a year left on his contract. He’s been reported to be house hunting in London, so watch this space.

Our stats show that investing in the Armenian would be money well spent for Arsenal and could renew fans’ flickering faith in Arsene Wenger. Mkhitiryan has greatly outperformed each of Arsenal’s attacking midfielders this season – recording a goal or assist every 91 minutes. 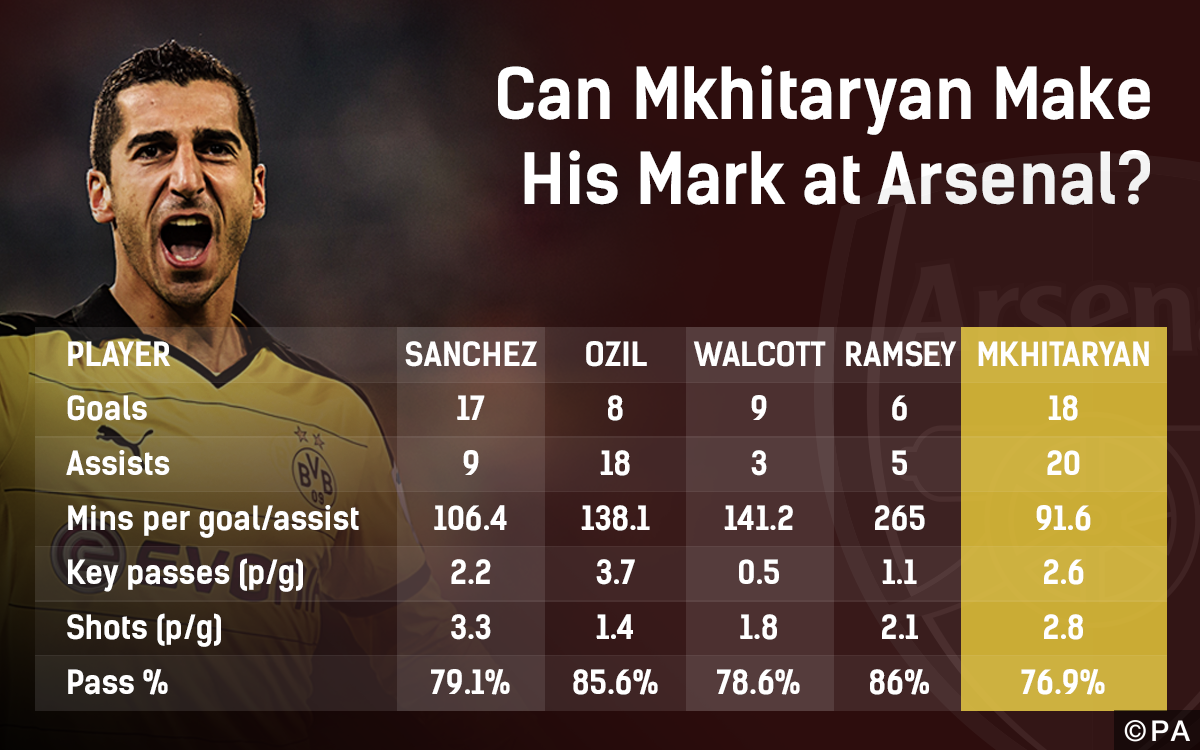 While Mesut Ozil has been Arsenal’s main attacking force this season, Mkhitiryan has more assists than the German – and more goals than any other Arsenal player.

Can Arsene persuade the Dortmund hotshot to leave the Westfalenstadion to rejuvenate a grumbling fanbase? Or will the arrival of Antonio Conte at Chelsea, and buckets of cash, prove too strong an allure?

Mkhitaryan for Arsenal, by the team at Free Super Tips – the only place to get expert football predictions