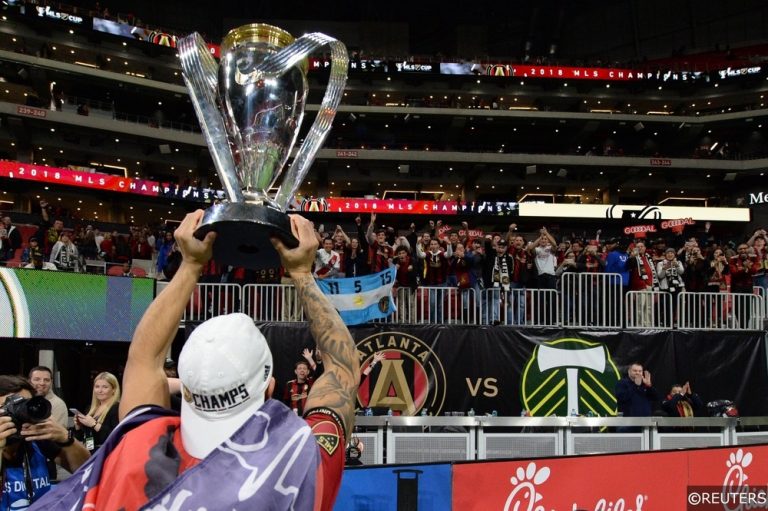 The 2018 MLS season saw Los Angeles FC as the latest franchise to be added to the roster, while DC United started their first season in Audi Field their new soccer-specific stadium that seats 20,000 spectators. Poor first halves to the campaign for DC United and Seattle Sounders suggested they wouldn’t have what it takes to compete at the top end of their respective Conference’s, but emphatic form from both sides saw them turn things around and qualify for the Play-Offs. New side LAFC also qualified for the Play-Offs, but local rivals LA Galaxy missed out by a single point. Both of the New York teams made the Play-Offs, while there were really poor seasons for both SJ Earthquakes and Orlando City with each failing to reach the thirty-point mark.

Atlanta United, New York RB, Portland Timbers, and Sporting KC made it the last four of the 2018 Play-Offs, with Atlanta making it through to the Final via a 3-1 aggregate victory over New York RB, and Portland Timbers pulled off a shock 3-2 aggregate win over the much fancied Sporting KC. The Final itself was held at the home of Atlanta United, as if the favourites needed anymore of a helping hand with the MLS’ top scorer and record breaker Josef Martinez in their side. Atlanta United claimed a 2-0 win in the Final and fittingly Martinez set the ball rolling with the games opening goal after thirty-nine minutes, before teammate Escobar doubled their advantage nine minutes into the second half.

Atlanta United claimed their first MLS Cup title in just their second season in the MLS thanks largely to the performances of the 2018 MLS MVP and Golden Boot winner Josef Martinez. The champions have however lost their playmaker Miguel Almirón who joined Premier League side Newcastle United in a £20m+ deal, but do seem to have found a decent replacement. Gonzalo Martínez has played 321 times in the Argentine Primera División scoring an impressive 161 times from midfield, and have made the move to the MLS for a fee in the region of £12m.

Atlanta also parted ways with manager Gerardo Martino and replaced him with former Dutch international Frank de Boer, who is looking to revive his career after short lived spells at Inter Milan and Crystal Palace. De Boer has most of the same players at his dispense as Martínez, but their playing styles are bound to be different and this could prove to be a major issue. Another major factor in whether or not Atlanta United can reclaim the MLS Cup in 2019 will be their presence in the CONCACAF Champions League, as the added extra games will take their toll on the players.

The Remaining Contenders for the 2019 MLS Cup:

The Sounders made it to the MLS Play-Offs last season, but lost out on penalties against Portland Timbers after the teams drew on aggregate 4-4, but the first half of the season started slowly for the Washington based club. However, in the second half of the campaign Seattle Sounders won 15 of their 19 matches which included a nine-match winning run. The clubs haven’t made any major signings, but have kept hold of their best players such as Raul Ruidiaz, Nicolas Lodeiro, Cristian Roldan, and they welcome back Jordan Morris from a lengthy injury. If the Sounders can put another run together at the start of the 2019 campaign like they did in the second half of the previous season then their confidence will be sky high and you wouldn’t bet against them making the Play-Offs once again.

Sporting had a great season in the Western Conference and many backed them to meet Atlanta United in the MLS Cup Final, but after drawing 0-0 in Portland they then went on to lose a five-goal thriller in their own backyard and it was the Portland Timbers who took their spot. Disappointingly, Sporting KC lost defender Ike Opara to Minnesota United, but replaced him with Spanish centre back Andreu Fontas from Celta Vigo who has plenty of experience and made it through the youth ranks at Barcelona before breaking into the first team. Hungarian striker Krisztian Nemeth has resigned for the club from New England Revolutionn and adds an extra dimension up front. Sporting KC were so close to getting things right last season and if they can continue to be as consistent as they were in 2018 then they will be genuine contenders for the 2019 MLS Cup .

LAFC took everyone by surprise in their first season in the MLS, but fell in the first Play-Off match against Real Salt Lake. Now the expectations are even higher and that’s going to bring about more pressure for the Hollywood club, and with the money they have to spend and with the experienced  Bob Bradley leading them, this could be the season for LAFC. Carlos Vela had a successful first season in the MLS and LAFC will be looking to the Mexican international forward to lead from the front, but both the fans and the players will be hoping to see some new talent arrive sooner rather than later to add competition for places and to show the clubs level of ambition.

It would feel wrong not to include DC United in the contenders list after what they achieved last season, turning around a disastrous campaign with the signing of former England captain Wayne Rooney. Rooney added a belief and professionalism to the side, inspiring his teammates, and forging an excellent partnership with Luciano Acosta. While the team fell at the first stage of the Play-Off it still marked an amazing turnaround for the team who looked set to finish bottom of the Eastern Conference at one stage. Their chances in 2019 will depend a lot on Rooney once again and in the 33-year old can avoid anymore off the field meltdowns then DC United should be contending for a spot in the Play-Offs.

Other Tips for the MLS Cup and the Rank Outsiders

The New York Red Bulls and LA Galaxy are currently the joint favourites to claim the 2019 MLS Cup with bet 365 at 5/1 ahead of Atlanta United, perhaps that’s down to the 2019 winners replacing their manager. David Villa has now left New York City which might explain their MLS Cup winning odds have slipped to 9/1. Last years MLS Cup Finalists Portland Timbers can be backed at 12/1 to go one step further in 2019. After last seasons dismal displays its not a surprise to see Orlando City and Colorado Rapids being ranked as the outsiders to claim the MLS Cup this season at 150/1. 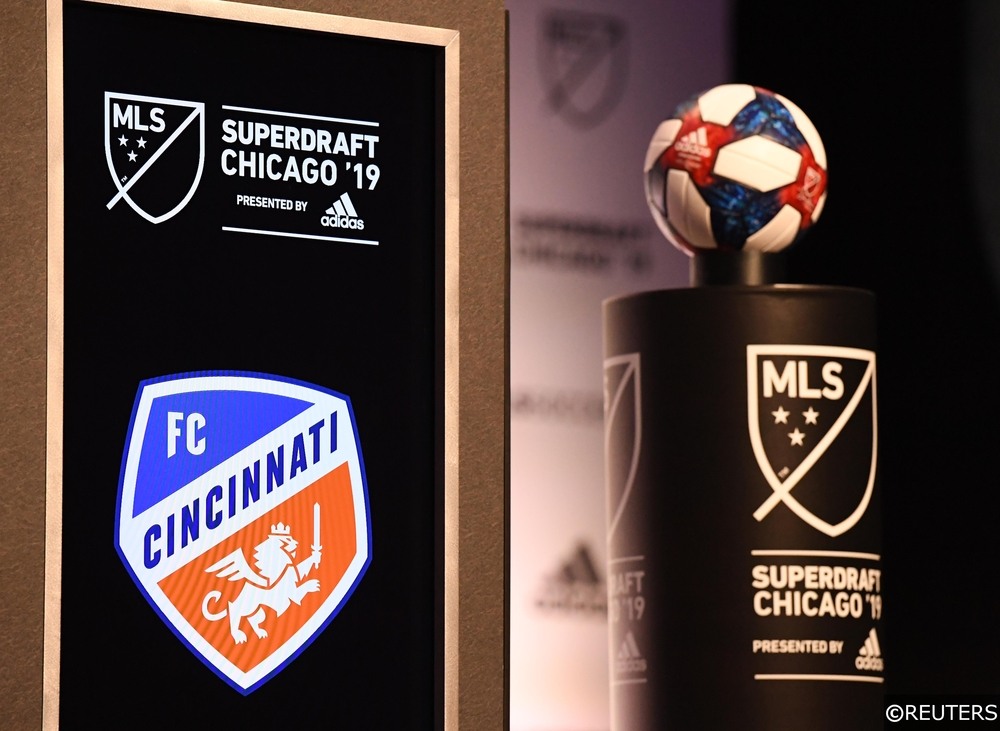 A New Franchise Joins the MLS

FC Cincinnati become the twenty-fourth team to join the MLS and a tough campaign is expected for the club as they make the transition from the USL. Their fan base is impressive and they have already started to recruit players with MLS experience such as Fanendo Adi and Greg Garza, with more signing expected in the near future. Obviously we’re not expecting FC Cincinnati to compete for the Play-Off places, but if last season showed us anything its that you can’t bet against the new comers.