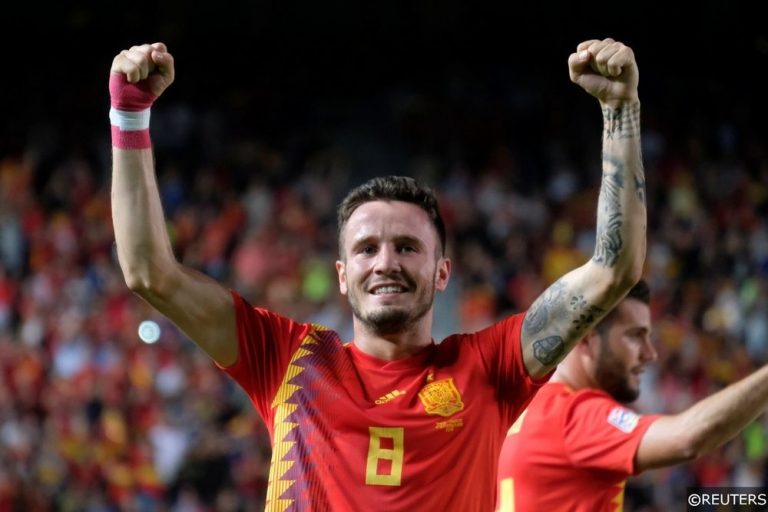 Moving on from a generation of players that brought an era of unprecedented international success was not supposed to be easy for Spain. Inspired principally by the midfield talents of Barcelona duo Xavi Hernandez and Andres Iniesta, La Roja won three straight international tournaments between 2008 and 2012 as tiki-taka ruled supreme and nobody had an answer for Spain’s relentless possession football.

While it’s true that Spain’s golden era of success ended several years ago now, there has still been a genuine feel that 2018 represents a real changing of the guard as the baton is handed on to a new generation. Andres Iniesta retired from international football following the World Cup, four years on from his midfield partner in crime. David Silva and Gerard Pique, two other survivors of the 2010 World Cup squad did likewise following the disappointing exit in Russia, meaning only Sergio Ramos and Sergio Busquets remain active of the eleven that started the final in Johannesburg eight years ago.

With a new coach in the shape of Luis Enrique, who is less committed to the tiki-taka approach, Spain now truly feel like they’ve moved into a new era and so far the signs are very promising. They’ve won three out of three under the former Barcelona boss, hammering Croatia and Wales following victory at Wembley. The departure of some of the legends of Spanish football has created the opportunity for the next generation of midfield talent to shine and so far they’ve been doing just that.

Of Spain’s emerging midfield maestros, perhaps the most talented and certainly the most established is Saul Ñíguez. The 23 year old has been a mainstay of the Atletico Madrid side for over three seasons now, producing a number of polished displays on even the biggest of stages to suggest he could be a real star of the future. International opportunities though had been relatively limited until the arrival of Luis Enrique, with a supposed falling out with Fernando Hierro contributing to his failure to get any minutes in Russia.

Indeed he’d only made one international start before this season but Luis Enrique has given him his chance, with the Atleti man starting all three Spain games so far this term. Saul has certainly grabbed the opportunity with both hands. He netted in the win at Wembley before an even sweeter moment saw the young central midfielder score the opener three days later in the 6-0 win over Croatia, a game played in his hometown of Elche in front of many of his friends and family.

His performances suggest he could have offered Spain a bit more cutting edge in Russia and a bit more energy in the middle of the park, which is something Luis Enrique is clearly after. Saul is a wonderful striker of the ball and has developed a real knack for making well-timed runs into the box to create scoring opportunities for himself, somewhat reminiscent of Frank Lampard in his prime. At club level, he is perhaps stifled slightly by the safety-first approach of Diego Simeone but in a more expansive set-up, he is the sort of player who could score a large number of goals from midfield. He is perhaps the most complete of Spain’s new generation of midfielders.

Rodri the Star of Wales Rout

If Saul and Marco Asensio, were the men to emerge with most credit from Spain’s September wins, much of the credit for the victory in Cardiff went the way of Rodri, who was winning only his third cap. The 22 year old is seen as the heir to Sergio Busquets and if he can keep performing on such a level, it won’t be too long before he’s pushing for a regular starting role at international level.

Rodri brings a calm sense of control to proceedings in midfield and significantly he also has a physical presence which complements the more intricate approach of most of Spain’s other central options. He’s well over six feet tall and his summer move from Villarreal to Atletico Madrid, should help boost his profile and give him the chance to shine on a bigger stage.

He only turned 22 in the summer so time is certainly on his side and his emergence is timely with Spain lacking any other genuine holding midfield options apart from Busquets. The bizarre exclusion of Jordi Alba, suggests Luis Enrique is not afraid to do things his own way and break the mould. It would be a big call were he to pick Rodri ahead of another of his former Barcelona players against England on Monday in Seville but it’s certainly a possibility that he will keep faith with the Atletico Madrid man with La Roja in a very strong position already in the UEFA Nations League.

A breakthrough season for Dani Ceballos

The final part of the midfield trident that ran proceedings against an under-strength Wales side in Cardiff was Dani Ceballos. Also 22, the Real Madrid man is a couple of months younger than Rodri but comes more in the mould of a Xavi or Luka Modric with his passing ability being his main asset.

It has been a real breakthrough season so far for Ceballos for both club and country. After signing a six-year deal to join Real Madrid from Real Betis in the summer of 2017, his first season at the Bernabeu was a tricky one. He made just 4 starts in La Liga and only one in the Champions League with other players well ahead of him in the mind of Zinedine Zidane. He was a regular in the Spain U21 side during the 2017-18 campaign but was never really in the frame to go to the World Cup.

However as often happens, a change in coach has brought a change in fortunes for the youngster on two fronts. Julen Lopetegui is clearly an admirer with Ceballos already matching his tally of 4 league starts from last season while there has only been one Real Madrid game so far this season in all competitions that Ceballos hasn’t featured in. The retirement of the likes of Iniesta and Silva, has made it easier for him to break into the international set-up too and so far he has certainly made an impression. He made his debut in the 6-0 win over Croatia before starting again in the Welsh capital, playing the full ninety minutes on both occasions and contributing to two extremely convincing wins.