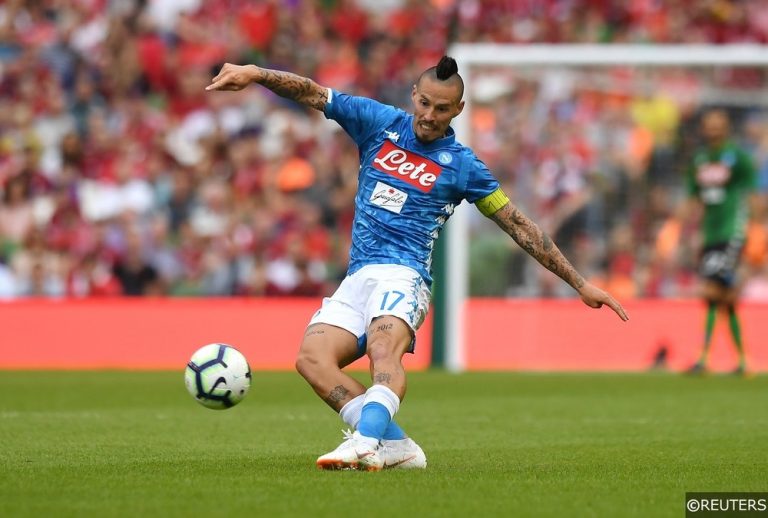 Recent seasons have seen solid seasons from Napoli derailed by visits from Roma. The last two campaigns have brought a win at the San Paolo for the Giallorossi, making up half of Napoli’s four home league defeats in the last two seasons. Will the familiar foe come away from Naples with another three points in this weekend’s Derby del Sole?

The hosts do have Carlo Ancelotti at the helm, a man who enjoyed an eight year playing career with Roma. They’re the only side he played for that he never returned to manage, and that door looks to be closed now that the Partenopei have the former Bayern boss. Following an impressive display in Paris against one of his former clubs, can Ancelotti see off another former side?

These two sides aren’t just pushing for Champions League football, they’re competing in it. Italian sides are enjoying a brilliant start in Europe, with eight wins and a defeat from 12 Champions League games. Both Napoli and Roma featured in midweek, playing decisive games which boosted their chances of making the last 16. While they got positive results, the effort needed may leave them short for this clash.

Napoli are likely to switch things up, with Carlo Ancelotti using more players than anyone in Serie A. However, they can’t leave out too many of their big names, given the scale of this derby clash. On top of that, they’ve seen what can happen in the league with too many changes, given Roma’s defeat last Saturday. They made too many changes against SPAL, and they lost 2-0 at home. That left them struggling to make the cut in the race for the top four.

With a free midweek, Napoli and Roma can afford to stick with their top stars here. The only issue is how much more do they have in the tank after their midweek exploits? The visitors have a slight edge, after playing at home and getting an extra day’s rest. That could be enough to sway this clash, and boost the Giallorossi’s poor recent form.

Roma’s unpredictability hasn’t been as clear of late, as they’ve managed to get a strong run of form together. That’s despite last weekend’s slip against SPAL, which came as they took their eye off the ball. However, one consistent thing of late is Roma’s formation. They’ve settled on a 4-2-3-1, which is a huge boost given how Di Francesco likes to chop and change his selection.

Meanwhile, Napoli have made a change of their own. After failing to keep up Pep Guardiola’s style at Bayern, Ancelotti hasn’t made the same mistake again, choosing to fix things at the San Paolo before they break. He’s moved from a 4-3-3 to a 4-4-2, which has brought inspired form from Lorenzo Insigne, who has been involved in eight goals in his last eight games.

This battle is between two sides who aren’t too far apart, both aiming for the top four come the end of the campaign. However, the big difference is their age. Napoli are a more experienced side with a well-travelled manager, while youthful Roma have put their trust in the innovative yet inconsistent Di Francesco. The visiting boss will be tempted to make changes to his approach to counter Napoli, but after a run of five wins in six with their current set-up, that feels like a risk which isn’t worth taking. 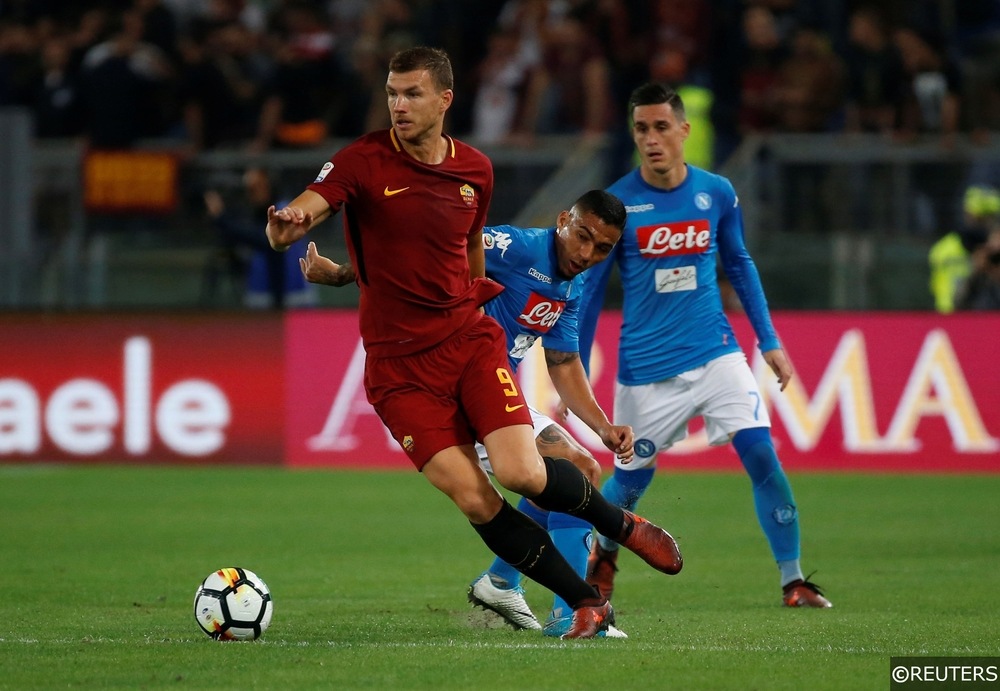 Napoli were able to keep the likes of Neymar and Kylian Mbappe quiet in midweek, but they face another in-form forward on Sunday. Midweek saw another strong display from Edin Dzeko in Europe, as he had a hand in all three goals during Roma’s win. The Bosnian is hugely important to the Gallorossi, and their Champions League hopes would be in tatters without him.

The forward has scored five times in two games so far, setting up the other. That’s been part of his great, late-night form. His five strikes in Europe is much more impressive than his two goals in the league, but his form has spiked during evening matches. Eusebio Di Francesco said as much after their midweek win, sneaking in a subtle jab at his league form:

If Dzeko had scored against SPAL, I’d have been even happier! I know we don’t like to play the long ball, but at times when it’s necessary to take the pressure off, he is also precious in helping his teammates come forward and holding up the ball. I get the feeling he enjoys playing evening games more than in the afternoon.

His form has spiked of late, with three late kick-offs in their last four matches. He’s scored in each of those late matches, hitting six goals in total. He’s bound to be up for Sunday’s late game, especially given that it takes place at the San Paolo.

The forward has scored twice in each of his last two visits to Napoli, helping them to victories in their last two visits here. Everything is pointing towards the Bosnian putting on a strong showing in this trip, which could help the visitors boost their inconsistent league form. With last season’s third place side confident of causing problems here, this is a huge test of Napoli’s title hopes.