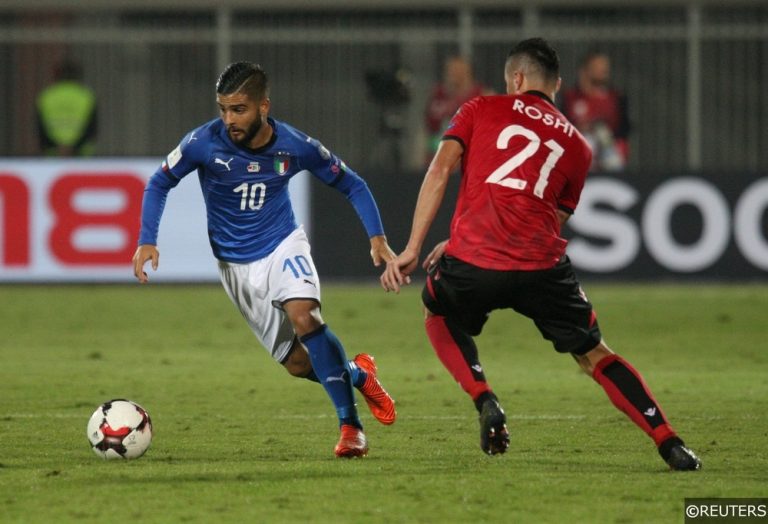 This week marked a year since Italy’s World Cup failure, something which hangs over the national side to this day. While the manager responsible, Gian Piero Ventura, proved himself to be a flop once again this month, the whole squad feels the burden of expectation. They have to step things up, with new boss Roberto Mancini aiming to chart a smooth course to Euro 2020.

The former Man City boss can land an early boost in his reign in the UEFA Nations League this week. A win over European champions would be a big result, and it would put the Italians top of their group. While they’d need a favour from Poland to stay there, it would be a boost in Italy’s progress if they could secure three points at San Siro on Saturday night.

Patience in Mancini didn’t last all that long, and by October there was pressure on him. However, his side produced two improved displays last month, and that put them in contention for top spot. Their win in Poland saved them from any prospect of relegation, and now they have the chance to move top on Saturday night.

Italy can move first with a win, but the manner of their success will boost their chances. A 1-0 win means they need Poland to win away to Portugal on Tuesday. Should Italy win by any other score, then Portugal have to win on Tuesday to finish top. That’s put the initiative on the Italians to get forward and secure a win in Milan, a ground where they have had mixed fortunes. They are unbeaten at the stadium, but their last clash here wasn’t too cheery.

This was the ground were Italy were stumped by Sweden a year ago. This was the scene of their big failure, so it’s fitting that Mancini is tasked with advancing his Italy reign here. It’s the first time he’ll manage at this ground as Azzurri manager, having had two spells here as Inter Milan boss. His methods seem to have moved on since then, as he’s guiding a youthful Italy side who play possession football. That’s enough to show signs of a brighter future, given the tactical mess they were in under Ventura, and their reactionary approach under Antonio Conte. This is an Italy side who could make an impact at the highest level, and that can start on Saturday. 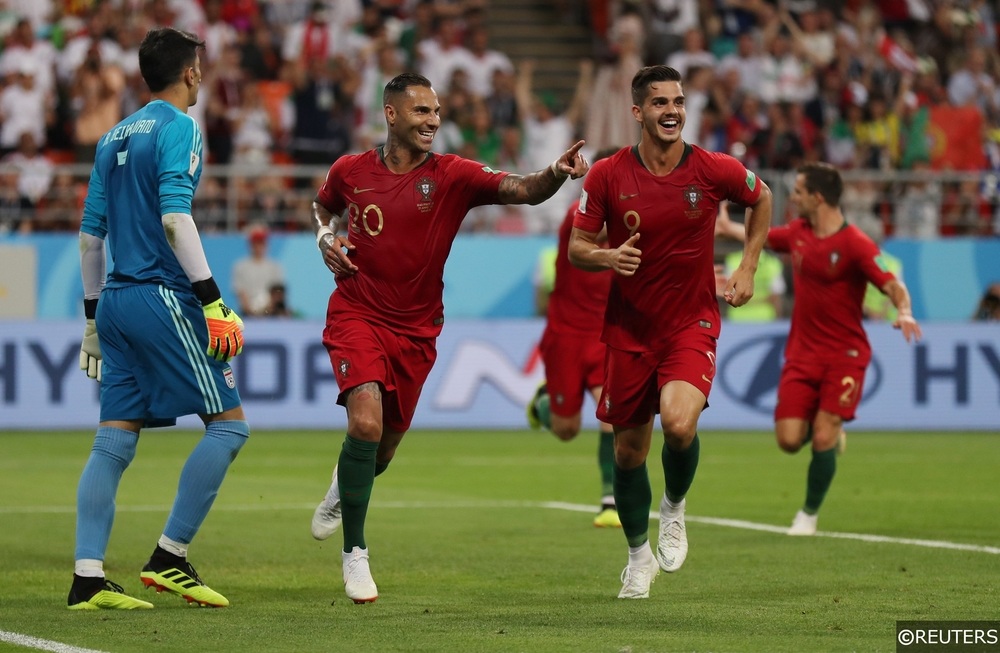 Portugal know that with a draw, they are through to the semi-finals of the Nations League. Manager Fernando Santos should be tempted to play for a point in theory, as he looks to add to his success with his country. Having guided them to Euro 2016 silverware, the chance to land another trophy in June should be huge. However, the manager has other ideas.

Portugal with Cristiano Ronaldo were a defensive unit, focused on getting the ball to their talisman in the right area. You’d think that they would have doubled down on that style with Ronaldo missing the Nations League. Losing him should have made Portugal weaker, and more pragmatic. However, they’re arguably a more complete side without him.

Playing that way for Ronaldo is one thing, but it stifles the quality around him. William Carvalho channelled Xavi in his display at the Nou Camp last weekend, so why shouldn’t he play in a more ambitious national set up? Bernardo Silva isn’t used to playing on the back foot at Man City, while they are stocked with attack0minded options at full-back. That seems to have spurred on Santos, who is determined for his side to go on the offensive in Milan.

He told reporters that his side won’t just counter-attack on Saturday, and promised a beautiful match between two sides who want to play the right way. That may surprise some who watched Portugal in Russia, but this hints at a progression from the European champions.

Portugal’s changes have been matched by Italy, which shows the way international football is changing. It’s no longer about signature styles of nations going head to head. We’re seeing more sides trying to play a possession game, including these two. Portugal have traditionally had creative flair, but they abandoned that at Euro 2016 to win the tournament. It does seem that they’ll defend their title with a bit more flamboyancy in 2020.

Italy’s style change is the biggest departure. They’re set to start with Marco Verratti here, alongside Chelsea’s Jorginho. The PSG man was supposed to be the replacement for Pirlo, but it seems like the former Napoli midfielder is closer to a modern-day version of the AC Milan great. Jorginho dictates play from the centre of the park, and he has made a huge difference to the way Italy play, having been left out of the failed World Cup push.

Seeing those two trying to dominate the Portuguese should make for a thrilling game here. However, with both sides pressing high and trying to keep the ball, it might not be a both teams to score banker, despite the attacking hopes of both.

One thing we can say about Saturday’s big Nations League encounter is that this is two of Europe’s most impressive sides going head to head. That didn’t seem like the case after Italy’s World Cup collapse, or during Portugal’s meek exit to Uruguay in Russia. Since those decisive defeats, both Italy and Portugal have kicked on, and they are desperate to prove that in this play-off for first place. Italy come into it on sure footing, and even a strong performance against the Euro 2016 winners will point to progress made by the Azzurri.