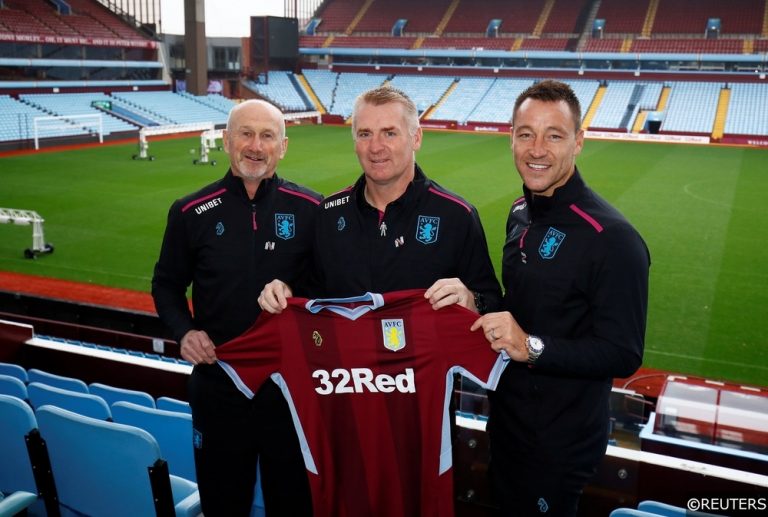 The Championship returns this weekend after the international break, and it’s not quite business as usual. The break brought managerial changes at two clubs, as Dean Smith traded in the Brentford job for Aston Villa. John Terry has joined his backroom set up, either requested by Smith or forced on him, depending on who you listen to.

The Bees moved quickly to promote Thomas Frank to the top job, as they aim to maintain continuity. That means that as the Championship returns this weekend, we have two managers ready for their debuts. Just how will with pair get on in one of the most competitive divisions in world football? We’re looking at the job each of them face and asking if they are going to be able to hit the ground running.

Out of the Terrace and into the Fire

Dean Smith wasn’t hiding his past when the subject of the Villa job came up last week. He told the BBC, “My dad was a steward [at Villa] and I was brought up an Aston Villa fan”. However, he tempered that by referring to the future King’s past links with Villa. Days later, Smith was accepting the top job at Villa Park.

After edging towards some choices that seemed like huge risks, this feels much safer from Villa. That’s obviously not a bad thing, this isn’t really a time for the club to do anything too risky. They’ve gone for a man who has inspired a promotion push at Brentford, and he’s got ambitions of making the jump into the Premier League, just like Villa. Handing the job to a boyhood fan is always an added bonus, and his experience at this level mitigates the dangers that would have faced Thierry Henry or Rui Faria had they taken charge.

It’s one thing to support the club from the terrace, now Smith needs to get them into shape on the pitch. It’s a huge task with the club languishing in the bottom half of the division, but there’s enormous potential for him to work with.

One other thing of note here is the return of John Terry, just four months after he finished his one-season stint at Villa Park. It seemed like he was appointed before Smith, with Terry’s assistant manager role a demand of the board. Smith has claimed the whole thing was his idea, and it’s fair to say that they make for an interesting managerial double act. The pair start their reign at home on Saturday, as the Villains host Swansea.

Will Frank Pick up Bees?

Meanwhile, Brentford have moved on pretty quickly, and they’ve promoted from within. Thomas Frank is the man they’ve turned to, with the Dane spending the last two years as assistant to Dean Smith. He’s got a history of coaching youth sides, and with experience of how things work at Griffin Park he seems like a smart move.

When announcing his appointment, the club put it down to his knowledge of the set-up. That’s a good move for the Bees, who have built their success around a set style. On top of that, they’ve had a strong campaign so far, and there’s little need to make big changes. Smith’s move is purely down to Brentford’s progress, so promoting from within feels like the right thing to do.

However, that’s not to say that everything has been perfect at Griffin Park of late. The club have made this change at the perfect time, as they’ve recent gone through a poor run of form. The Bees have failed to win any of their last six games, and as a result they’re slipping down the standings. If they’re going to regroup and make the play-offs, then Frank has to hit the ground running when they clash with Bristol City this weekend.

The pressure for promotion is on Frank from the start, as Brentford have a side capable of pushing for the top six. The club have admitted that they’re going to apply to the Premier League to allow them to play a season at Griffin Park should they go up, with their new ground not yet complete. While that’s something for further down the line, it shows that the club are still laying the foundations for promotion. With Frank set to be handed money to spend in January, Brentford aren’t going anywhere yet.

For Villa to go up, Smith is going to need to get his point across quickly. He had more of a gradual progression at Brentford, with a win ratio of less than 40%. However, if he can sort things out and lift them up the table, then that adds an extra layer to the promotion race.

Frank’s role will obviously be to keep Brentford steady, and look to secure a top six finish at least. They’re already in the running, but could be rivalled by Villa down the line. With a clash between the pair to come at Griffin Park later this season, that could be a huge one for both sides. There’s obviously John Terry’s meetings with old pal Frank Lampard to come too. While the Championship returns just as competitive as ever, these switches may have made things even more interesting.