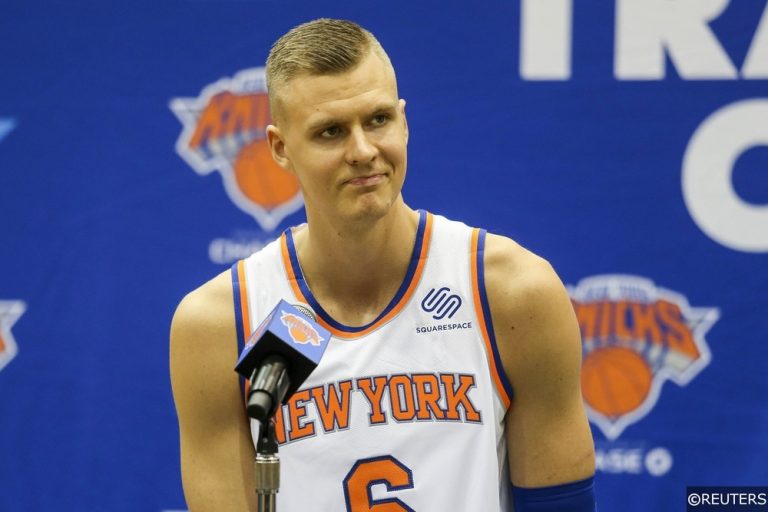 Huge news coming out of the NBA tonight as New York Knicks look to have freed two cap spaces in the Summer with a blockbuster trade involving Kristaps Porzingis and the Dallas Mavericks!

New York are clearly planning for the 2019/20 season after an abysmall season so far losing 40 of their 50 games played. It is made clear that Porzingis is yet to decide on his Dallas future with reports suggesting he is likely to sign a qualifying offer, the offer in question will see Porzingis become an unresticted free agent this summer.

What next for the Knicks?

The deal has sparked fresh rumours surrounding the future of Kyrie Irving and Kevin Durant who will no doubt be on the Knicks radar with cap space created. It is definitely an exciting time for the future of the organisation with New York also looking to pick up Duke star Zion Williamson in the 2019 NBA Draft.

We want to hear your thoughts on the blockbuster trade deal on our official Twitter page! Who do you think has the better deal from this trade? And more importantly, who do you think Knicks will target in an attempt to challenge for the 2020 NBA Championship?