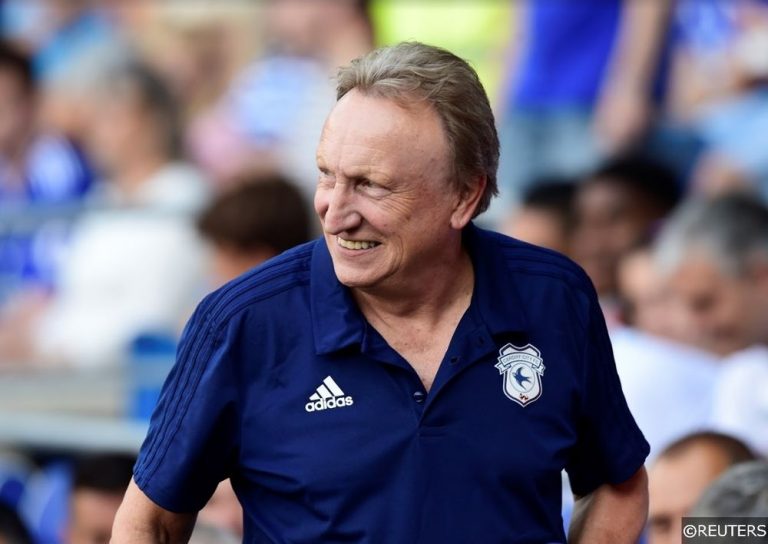 It seems like Neil Warnock’s long-goodbye has met a quick end after he was sacked by Cardiff City. The long-serving promotion chaser had said this was his final season in club management, but he departs before Christmas. Warnock wanted to add to his record of eight EFL promotions, but he leaves the club 14th in the table.

Warnock leaves behind a big reputation with the Cardiff faithful, a talented squad and a nearly perfect home record this term. However, this could be a fitting last act in football for one of the EFL’s most impressive managers.

Neil Warnock became a manager in 1981. His last defeat at Cardiff and potentially in management, came to Lee Johnson, who was born in 1981. https://t.co/rYFyzLPGjE

So, who will go on to inherit the reins at Cardiff City? This is a great job for someone to come in and transform their fortunes. The groundwork of a promotion-winning squad is there, while they have the finances to improve the squad. That’s going to lead to huge competition for the role, so here is our look at the frontrunners.

The current favourite is splitting opinion among the Cardiff fans. The ex-Millwall boss shot into 4/9 to take this job, although he has since drifted a little closer to evens. Harris was just sacked by Millwall this term and he left under a cloud. However, it still remains to be seen who was at fault there.

Harris was a club legend, but the fans had turned on him by the end. He did openly talk about the uneasiness of playing anything other than 4-4-2 at the Den, so his chances to change things were limited. Of course, there were good times for Harris at the Den. He did remarkably well to take them out of League One and establish the Lions as a Championship side once again.

However, there are a couple of knocks against Harris. Firstly, he’s too short at 8/11 to back here. Secondly, we don’t think he’s really going to bring any kind of major change to the table. Harris has been seen by some Cardiff fans as Warnock’s natural successor in terms of style, but without the track record to back it up the Bluebirds’ faithful are naturally worried. We think that will ultimately rule him out of this one.

While he’s far from the biggest name on this list, Michael Flynn is our pick to take the reins. The Newport boss has boosted his reputation with an impressive turnaround at the League Two club. He’s also raised his profile with some stunning cup upsets since taking over in 2017.

Under his watch, Newport have gone from a League Two relegation-battle to a promotion push towards the third tier. Once again his Newport side are in the top seven, which shows impressive consistency. If the Bluebirds want to move in a different direction, then Flynn seems like the obvious choice.

Having jettisoned an experienced EFL boss mid-season we suspect Cardiff are looking to shake thing up. A move for Flynn could do that, while it would surely be a big moment for the Welshman. This job seems like a great fit for him and we’re backing Flynn to accept the job and take a big step up to the Championship.

The former Stoke and Luton boss might be a surprise name on this list. Having taken the Potters to last place in the Championship he’s hardly seen as a rising star. However, many are ready to write-off the tough time Jones had with Stoke. His side were woefully unlucky in stages this term, while last season he got the club organised during another difficult year.

Jones earns extra points for being a former graduate of the Cardiff youth academy, but will that be enough? Neil Warnock suffered after setting high expectations for himself thanks to an impressive spell. To follow that up with a manager who had a 15% win ratio at a side fighting relegation in the Championship seems like a tough sell.

While Jones is available and has previous success under his belt, the last few months are a mark against him. We expect him to make a comeback as a manager in the future, but this job seems too early and too big for him. For that reason, we think that 14/1 is a tad short for the former Luton manager, although he could well find himself on the shortlist.

There are plenty of outside candidates for the Bluebirds post, but one strong contender is Wycombe’s Gareth Ainsworth. The young boss has built up a reputation beneath the Championship, while that put him in the running for a switch to Sunderland not long ago. While Ainsworth isn’t the biggest name on the list, he does offer something a little different.

If the Bluebirds want to head in a new direction and shun the tired names in the running then they could well turn to Ainsworth. While he’s quite close to Mike Flynn in terms of their background, you can get a huge 25/1 on the Wycombe manager turning up at the Cardiff City Stadium in the near future.