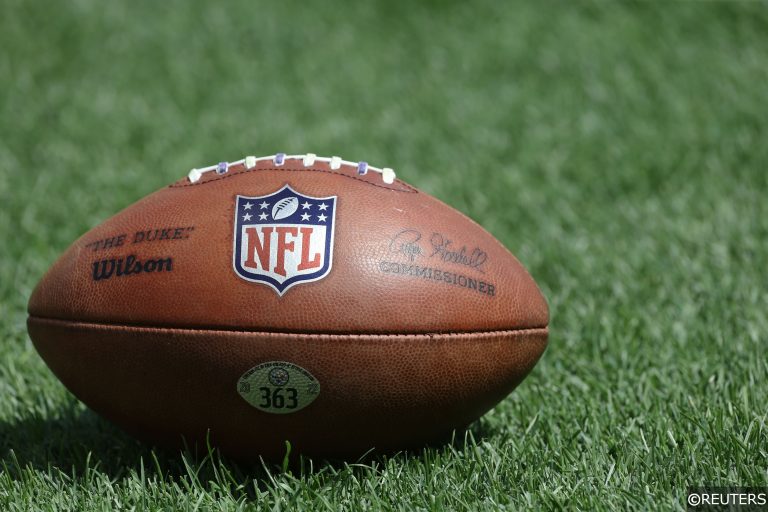 This week’s Monday Night Football pits Tom Brady’s Tampa Bay Buccaneers against a New Orleans Saints side that has lost eight of its 12 matchups this season.

Can the Bucs bounce back from defeat last time out or will the Saints rally? We’ve enlisted our NFL expert Mark Brown to build us a tasty bet for the night’s action.

It’s no secret the Buccaneers have struggled against the Saints in Tom Brady’s time in Tampa, New Orleans sweeping the Bucs in the regular season in both 2020 and 2021, although the Bucs won the one that mattered in the 2020 Divisional Round on their way to Super Bowl success.

Those Saints teams were under the guidance of Sean Payton and the results haven’t been the same under former defensive coordinator Dennis Allen, losing 20-10 to Tampa back in Week 2 of this season in the Superdome, but the defense played tough in a 13-0 loss to the 49ers last week and it’s easy to see them keeping this one close, with the NFC South title still very much on the line and scoring points having been a problem for the Bucs of late, topping 22 points just once all season.

It’s easy to see points being at a premium in this one, as has been the case in the past when these two have clashed, including back in Week 2 when the Bucs prevailed 20-10.

The Saints are coming off their best defensive performance of the season, giving up just 13 points to the 49ers, and the potential return of star cornerback Marshawn Lattimore, who’s been out since Week 5, can only help, while the Bucs defense has shown an ability to keep a lid on limited offenses and will be fired up after failing to hold the Browns in overtime last week.

As mentioned above points are expected to be at a premium in this and it’s easy to see the game getting off to a slow start, with defense dominating early. If that’s the case then we could have a score along the lines of 3-0 either way come the end of the first quarter, as was the case back in the Week 2 clash.

Brady has traditionally found it tough going against Dennis Alen’s defense in his time in Tampa, with it noteworthy that despite the win, the Week 2 clash against the Saints was the only game all season the G.O.A.T has been held to under 200 yards passing.

His passing mark of 271.5 seems a little high in this one, so we’ll take the under.

Despite the continued presence of behemoth defensive tackle Vita Vea, the Bucs have struggled against the run this season, and if the Saints are going to have a chance in this game, then they need to get Kamara rolling on the ground. He missed the Week 2 clash and is due a big game, having been held to just 13 yards on 7 carries against a stellar 49ers defense last week.

Weekend Wrap - Betting trends to get on board with plus 4 tips!