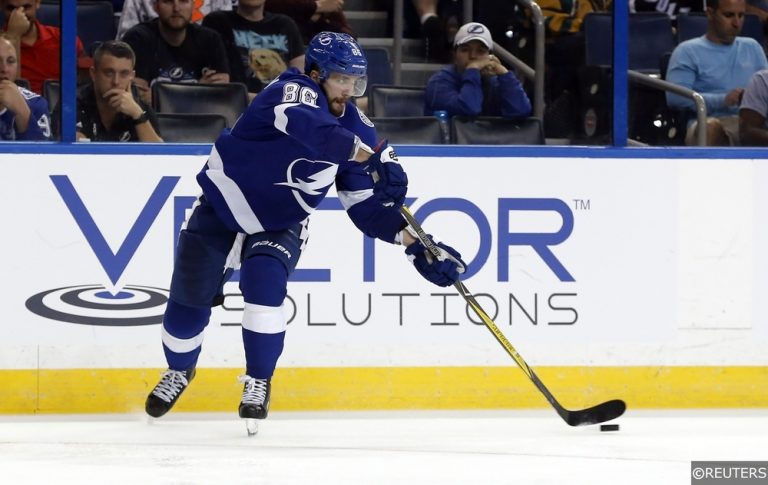 The Boston Bruins’ first line (Pastrňák, Marchand, Bergeron) was arguably one of the best in the entire NHL. They combined for 228 points last season. Boston’s explosive offense was halted by Tampa Bay in the second round, not by playing a better game, but simply by seeing through the Bruins‘ gameplan. We are also a little bit worried about Tuukka Rask’s performance, but the acquisition of Jaro Halák could solve the Bruins’ goaltending problems. Several of Boston’s youngsters, such as Ryan Donato (22), Jake DeBrusk (21), David Pastrňák (22) and Charlie McAvoy (20), turned out to be Bruins’ most reliable players, and we are expecting even more improvement and even more lethal power from those four. If the Bruins stick to last year‘s gameplan with a few small improvements, they are going to be strong contenders for the Stanley Cup once again.

Buffalo Sabres
Last Season: 8th (31st overall); 25-45-12.
7th straight season in which they did not qualify for the playoffs.

After a terrible season, there are many new faces in the Buffalo uniform. The main one is, of course, defenseman Rasmus Dahlin (undisputable no.1 in 2018 draft, and one of the best hockey prospects in many years). Other acquisitions almost look like the Sabres went to St. Louis Blues’ yardsale: Patrik Berglund (Center, 17-6-26), Vladimír Sobotka (Center, 11-20-31), Carter Hutton (Goalie) and Tage Thompson (Center, 3-6-9). Conor Sheary (Left Wing, Pittsburgh, 18-12-30), and Jeff Skinner (Left Wing, Carolina, 24-25-49) are the only trades from other teams.

The huge trade with the Blues is probably bittersweet for most Sabres‘ fans because beloved center, Ryan O’Reilly, went to St. Louis. To be honest, the current Buffalo roster is somewhat impressive. Mainly for great defensive talent (both Rasmuses and also Carter Hutton). On the other side though, there is the lack of offensive power. The Atlantic division is packed with many great teams and players that we just can’t see the Sabres making the playoffs this season.

Detroit Red Wings may have the oldest roster in the league, but few of their youngsters are quite impressive: Dylan Larkin is 21 years old, Michael Rasmussen is 19, Filip Zadina is 18 and Filip Hronek is 21. Acquiring Jonathan Bernier was a great move to fortify the area between the goalposts. They are a team with a lot of offensive talent but there are also many holes in the Red Wings defensive line. We believe that the Red Wings have a chance to make playoffs this year. All of that though, depends on Detroit’s promising youngsters.

Despite a relatively old squad, Florida‘s young talent is incredible. Their strong offense has its nemesis in the Panthers‘ back line. Florida’s defense permitted the 3rd most shots-against in the league (34.6), and Roberto Luongo‘s health problems (only played 35 games last year) are not making things easy for the Panthers. The second goalie, James Reimer, is far from his best performances of a few years ago, so we are expecting some new acquisitions in this position as well. A problem with the Panthers is their consistency. From our point of view, it could be enough to reach the playoffs for the next few years (if they solve their D problems and if Luongo stays healthy), but probably not this season.

The Canadiens had the 3rd worst offense (2.52 goals per game) and the 7th worst defense (3.15 goals against per game) last year. Although there are some improvements in personnel (especially Jesperi Kotkaniemi shining in his preseason debut and the very talented Nick Suzuki), we highly doubt any major improvement for the Habs. Hopes were relatively high but the department of captain Max Pacioretty crushed many of those dreams. Montreal needs a few more years to get back from their losing record. In our point of view, the Habs will not make playoffs again this season.

The hopes of all Senators fans were crushed by the trade of the year involving Erik Karlsson. We really don’t know what to think about it, other than that the Sens were brutally robbed by the Sharks. Ottawa already had the second worst offense in the league last year and without their defensive ace, captain, and undisputedly their best player, things are likely to be very bad this season. The Sens are obviously focusing on their future, but for the the upcoming season… we can see them finishing dead last.

No acquisitions during the off-season.

If you are a Bolts‘ fan, there are actually only two things to be worried about; 1) The Lightning goalie, Andrei Vasilevskiy, conceded an average of 3.37 goals per game in 25 games after the all-star break, although he did bounce back in the playoffs. 2) Their penalty kill was 28th in the league with only 76.1%. 64 powerplay goals against were the second highest in the league. The main positive thing is that Tampa have one of the deadliest offenses in the league.

Tampa Bay are strong contenders for 2018/19 Stanley Cup. No new faces in Bolts‘ uniform could be a double-edged sword and they should make the playoffs with ease.

Toronto were tied with Pittsburgh for 3rd in the league in goals scored during the regular season (270 goals, 3.29 per game). It’s hard to overlook the arrival of the superstar and Ontario native, John Tavares. Then there are the Leafs‘ almighty young guns: Mitch Marner (21 years, no.4 in 2015 draft), Austin Matthews (20 years, no.1 in 2016 draft), William Nylander (22 years, no.8 in 2014 draft) and Kasperi Kapanen (21 years, acquired from Penguins in 2015). There are no major improvements in the defensive lines for Toronto, so the defense could be a problem this season. Last year’s Leafs were deadly but inexperienced. Not anymore. The 2018/19 Toronto team should be strong contenders in the President’s Trophy as well as overall Stanley Cup winners.