Spain announced their World Cup squad this week and its strength is perhaps best summed up the quality of the players that didn’t make the cut. Over the past decade or so, Spain seem to have found the magic formula for developing football talent and the sheer number of their players that ply their trade at the highest level puts England and many other larger nations to shame.

Even the competition for the best eleven outside of the World Cup squad is fierce and could be widely debated but this is one possible eleven Spain could pick, based solely on players who haven’t been included in their 23-man party that is heading to Russia.

Casillas skippered Spain through their golden era, leading his nation for a decade as La Roja cinched two European titles and a World Cup. He remains the country’s most capped player with 167 caps but has fallen down the pecking order since an unceremonious departure from Real Madrid and the emergence of David de Gea. Casillas was back-up to the Man United shot-stopper at Euro 2016 but misses out altogether this time despite a decent season at Porto.

There are many in Spain who are still passionate supporters of the 37-year old and felt he warranted a call-up for this World Cup. However his exclusion most likely signals the end of his international career particularly with Athletic Bilbao keeper Kepa also emerging.

Perhaps the biggest surprise in the 23-man Spain squad was the inclusion of Real Sociedad right-back Álvaro Odriozola ahead of Arsenal’s Hector Bellerin and Barcelona’s Sergi Roberto. The latter has had perhaps his best season at Camp Nou and although he may well move into midfield next term with Andres Iniesta departing, Sergi Roberto has made the right-back position his own with some solid defensive displays while only two defenders in La Liga created more goals than him last term.

You’ll struggle to find a more improved player over the last few years in the Premier League than Marcos Alonso. He has truly flourished under Antonio Conte’s leadership with some dynamic displays on the left flank that have propelled him into the international reckoning. Alonso earned his first cap against Argentina in March and is another man who can count himself a bit unlucky to be staying at home this summer.

Central defence is perhaps one area where Spain don’t have quite as many options in reserve but Marc Bartra has developed into a very solid player in recent years. Having not quite made the grade at Barcelona, he has wound up in Seville with Real Betis via Dortmund and is finally starting to deliver on his early promise. His arrival in January sparked a huge improvement in Betis’ defensive prowess as they climbed the table to clinch a European spot against all the odds but his fine form wasn’t enough to seal a place in Spain’s final twenty-three.

Javi Martínez has continued to miss out on an international recall over the past few years. He has featured regularly but has tended to be used in midfield for the German champions this term but is equally adept at playing at the back and boasts a good range of passing, which in theory makes him a good fit for La Roja. His last big chance in a national jersey came as he filled in for Gerard Pique in a 2-0 defeat to Chile at the 2014 World Cup, a result which meant the holders were eliminated at the first hurdle. He’s not been capped in the four years since.

In front of the back four,  Asier Illarramendi has pretty much perfected the art of the deep-lying playmaker. The Sociedad man’s international career hasn’t quite taken off as it promised with the midfielder once touted as the new Xabi Alonso. Had he stayed at Real Madrid for longer, he may have got more of a look-in at international level but has perhaps paid the price for Sociedad having a poor season with his last cap coming against Russia in a friendly last November.

The same can’t be said of Dani Parejo who has excelled in a Valencia side that secured an excellent top four finish. Having previously been stripped of the captaincy by Gary Neville, Parejo has rediscovered his very best form this season with 7 goals and 7 assists in La Liga as well as an 86% passing accuracy.

A veteran of all of Spain’s three tournament wins between 2008 and 2012 and with over 100 international caps, Cesc Fabregas is another high profile absentee from this squad. The Chelsea man has clearly not impressed Julen Lopetegui and his response to being axed from the squad in early 2017 was a bit petulant and included him tweeting a picture of himself in the cinema while Spain were taking on Israel. In a position where Spain have a ridiculous number of options, it’s perhaps no surprise that Fabregas hasn’t been called up since.

Vitolo was actually in the Spain starting eleven in the early days under Lopetegui but a disjointed season at club level has cost him his place in the World Cup squad. His move from Sevilla to Atletico Madrid was complicated by the latter’s transfer ban which led to a hastily arranged loan spell at Las Palmas. Vitolo, didn’t cover himself in glory with the relegation strugglers and hasn’t done much for Atleti either in truth so it’s no surprise he doesn’t make the squad but his talent suggests he could feature again soon.

Few international sides could seriously consider leaving a player of Juan Mata’s quality at home and many would look to build a team around him. However Spain are well-blessed in terms of creativity and Mata hasn’t had his best season at club level and is another without an international cap since 2016. With Mata having recently turned 30, it’s questionable whether he will ever add to his 41 caps.

Alvaro Morata was viewed as the man most likely to lead Spain’s attack in this World Cup, particularly when he made a bright start to life in England with Chelsea. However with just 1 Premier League goal in 2018, Morata has missed out on a trip to Russia with players like Rodrigo and Iago Aspas, who have been banging in the goals in La Liga, chosen ahead of the former Real Madrid striker.

Read more: Can Spain relive the glory years under Lopetegui?

How Far could this Spain “B” team go, were it in the World Cup? 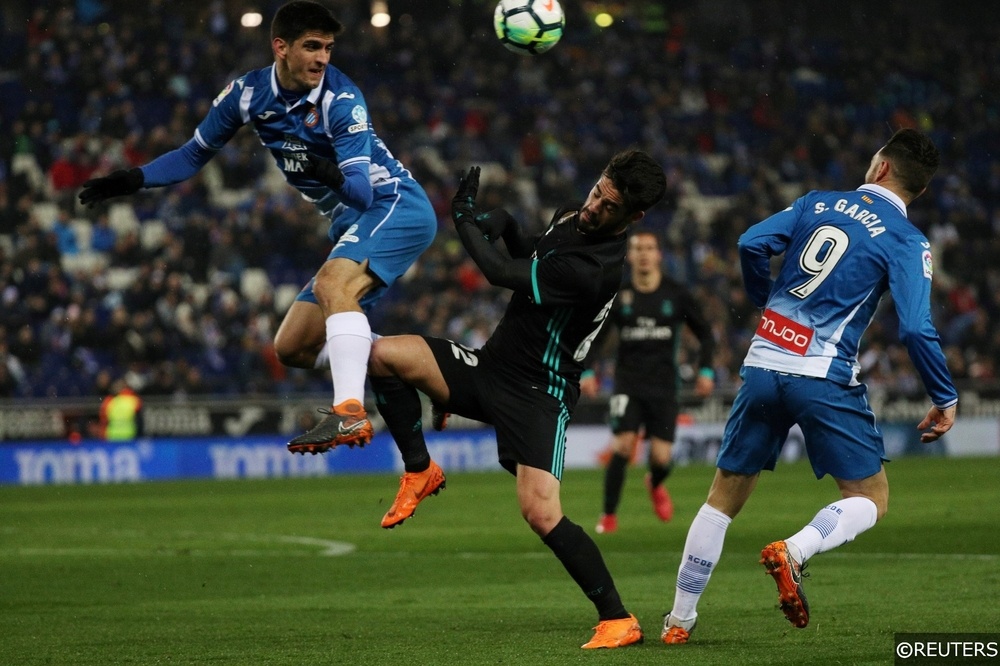 Throw in the likes of Sergio Asenjo, Hector Bellerin, Iñigo Martínez, Ander Herrera, Pedro and Gerard Moreno (pictured above) and even a Spain “B” squad would have some serious depth to it. Let’s for arguments sake say they replaced the actual Spanish squad and assumed the same place in the tournament with Portugal, Morocco and Iran in Group B.

Qualification would in all likelihood still be a formality and in truth you could probably name a totally different Spanish eleven again and still come up with a team easily capable of making the knockout phase. Progress to the last sixteen would mean a game against a team from Group A, most likely one of Uruguay, Russia or Egypt. Mo Salah and a couple of Uruguayan strikers aside, you’d again have to say what would effectively be a Spanish third XI would still boast enough all-round quality to progress into the Quarter-Finals.

Perhaps they would fall short against a side of Germany or France’s quality but you could make a strong case to suggest they’d have the beating of Gareth Southgate’s England, who are currently 7th favourites to win the tournament outright. It’s safe to say that Lopetegui won’t be short on options should any members of his actual squad come down injured between now and the start of the tournament.