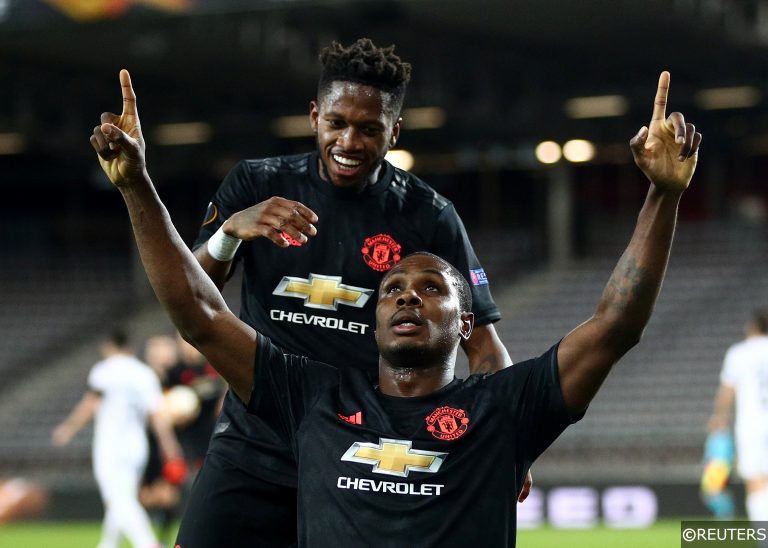 Manchester United have announced that they have reached an agreement with Chinese Super League club Shanghai Shenhua to extend Odion Ighalo’s loan deal with the club until January 31, 2021.

The Nigerian international initially moved to Old Trafford on Deadline Day in January earlier this year, in what was a last gasp transfer market raid by United boss Ole Gunnar Solskjaer, as the Norwegian attempted to find cover for the injured Marcus Rashford.

Despite arriving with low expectations, Ighalo proved to be an instant hit in Manchester, scoring four times in eight appearances in all competitions prior to club football’s suspension in March.

The 30-year-old’s initial loan deal was due to expire on May 31, sparking fears that United would lose Ighalo before the end of the 2019/20 campaign, however, a compromise with the striker’s parent club was eventually reached – something that Solskjaer admits he’s thankful for.

“They [Shanghai Greenland Shenhua] have been great towards us, allowing him to play for his dream club,” Solskjaer said on United’s official website.

“It’s been a dream for him and hopefully he can finish what he started and win a trophy with us.”

Ighalo’s current deal at Shenhua runs until December 2022, and while he is expected to sign fresh terms worth a reported £400,000 a week with them until the end of 2024, rumours have also surfaced suggesting United have negotiated a clause into the latest deal that would allow  them to make the transfer permanent for £20m next year.

With his latest temporary contract drawn up, Ighalo is set to miss the majority of the 2020 Chinese Super League season, which is scheduled to begin next month.

Shanghai Shenhua had originally insisted that Ighalo would return to the club after his initial loan to United expired, however, with border restrictions potentially preventing the frontman from returning to China in time of the new campaign, their stance seems to have softened, allowing the Super Eagles star to extend his stay with the club he supported as a boy.

How much will Ighalo feature?

While Ighalo’s renewed loan deal with United certainly bolsters Ole Gunnar Solskjaer’s attacking options, the Nigerian centre-forward’s fleeting Premier League involvement since moving to the club in January suggests he will continue to play a bit-part role at Old Trafford.

Despite being available for selection, Ighalo completed just 61 minutes in England’s top flight in his first three months with United, with the entirety of his goal-scoring contribution so far limited to the FA Cup and Europa League ( Derby County twice and LASK twice).

Marcus Rashford’s return to fitness from a stress fracture to his back could mean that Ighalo is pushed even further down the pecking order for United’s remaining Premier League fixtures, though the club’s involvement in the latter stages of the aforementioned cup competitions should ensure that the former Watford star has further chances to build on his early cult-hero status.