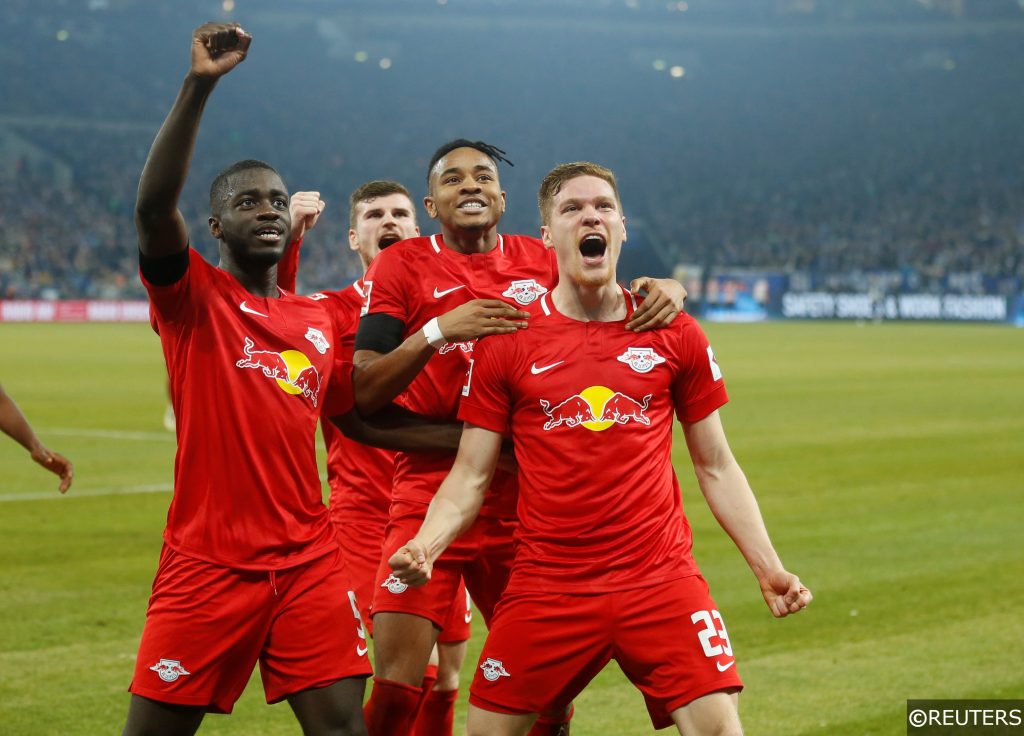 The Bundesliga’s return has been greeted with unanimous felicity by football-starved supporters everywhere, and fußball’s comeback on the pitch will likely inspire a Football Manager 2020 trend off it too.

Alongside adopting German teams to support, fans of the world’s most revered football management simulator will also be busy starting new games in the Bundesliga, where they can run virtual seasons alongside real-life campaigns to complete their immersion in all things Deutsche.

However, picking a team to manage is a much trickier task than it might seem. Do you opt for one of the Bundesliga’s big hitters? A dark horse with potential? Or do you prefer the challenge of avoiding the drop against all the odds?

To help you make a choice you’re likely to stick with, we’ve compiled a list of the best five German clubs to manage on FM2020.

First up, we’re slipping off the top shelf and into Germany’s second tier. Traditionally a German top-flight staple with a rich successful past, Hamburg were relegated to the 2. Bundesliga for the first time in the Bundesliga’s 55-year history in 2019.

Your mission then, should you take control of Der Dino (The Dinosaur), is to navigate the lower league swamp as quickly as possible to restore Hamburg to the Bundesliga promised land.

For seasoned FM-ers and novices alike, that should prove a relatively easy task given Hamburg’s state of the art 57,000-seater stadium, greater resources and superior pulling power – though your real adventure starts once you get them back up.

In a notoriously competitive top-flight, you’re going to have to budget creatively and stretch your tactical acumen to its limit to get Hamburg moving towards the top end. 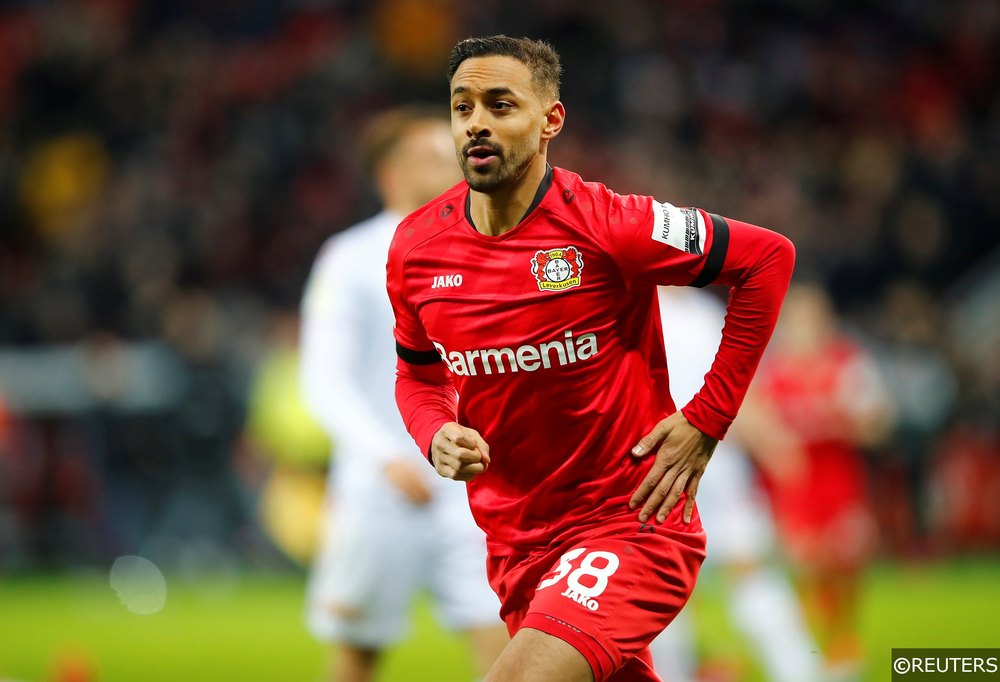 If you take the job at Bayer Leverkusen, you’ll be taking charge of the club that’s best placed to challenge the Bundesliga’s traditional duopoly of Bayern Munich and Borussia Dortmund.

Die Werkself (The Company‘s Eleven) have a squad heavily dusted with emerging talent and if you can keep all of your rapidly developing youngster together for long enough, and add to your lot with a smart purchase or two, you might just be able to launch an assault for the Bundesliga title inside your first couple of years at the BayArena.

In Edmond Tapsoba and Jonathan Tah you’ll have a centre-back pairing on the right side of 24 and solid base to build your dynasty on, though it’s ahead of that double act in midfield where your most promising collection of wonderkids are found.

Moussa Diaby, Paulino and Florian Wirtz all have potential to burn, but the jewel in your crown is undoubtedly Kai Havertz. Keep hold of your prized asset and most potent creative force, and the rest should fall into place.

Hot Prospects:  Erm…with one of the oldest squads in the league, you won’t have much going on here.

Away from FM20, Union Berlin have been impressively competitive in their first ever Bundesliga campaign, racking up 30 points from 26 games since their promotion via the playoffs last year.

However, emulating Urs Fischer’s achievements in the dugout from match day one in FM20 should prove a massive challenge for even the most battle-hardened of Football Manager gamers.

With a miniscule budget and a squad short on star-quality, filling the hotseat at Union will see you lean heavily on your tactical ingenuity and motivational skills to keep the club’s head above water.

There are also a couple of Berlin derbies to look forward to against local antagonists Hertha. 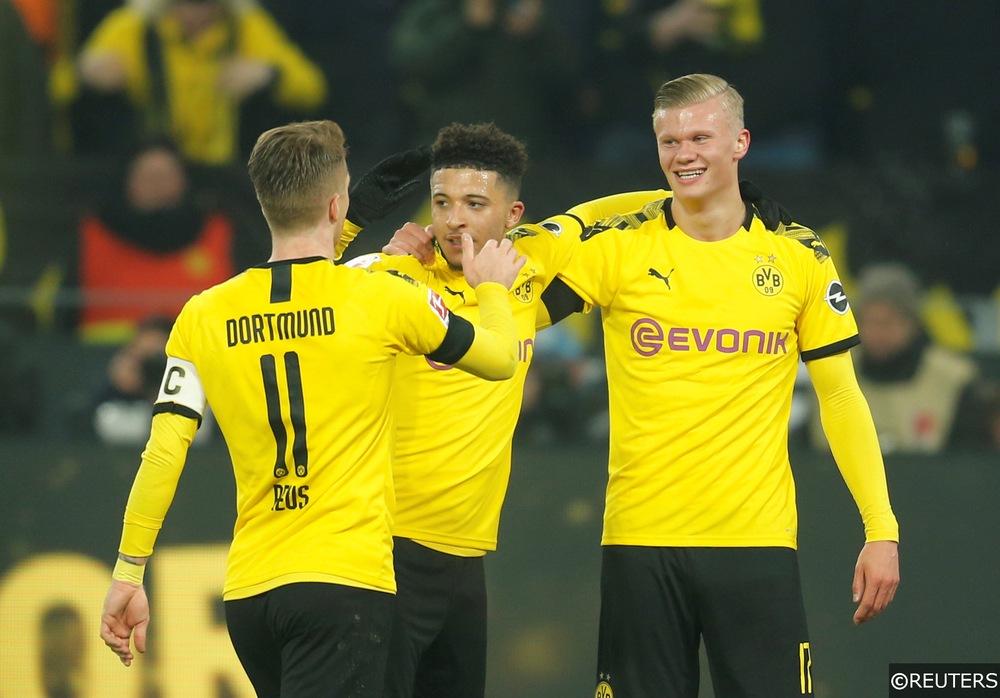 Ok – we’ll admit that this probably isn’t the most creative pick, but that doesn’t make the prospect of managing Borussia Dortmund any less exciting.

With a roster spilling over with technically talented footballers, you should have everything you need to go toe-to-toe with Bayern Munich for the Bundesliga title straight away, and with a little luck you can help der BVB to their first domestic crown since 2012.

The bad news is that building a lasting silver-lined era will prove really tough when Europe’s financial powerhouses come calling for your best players, though on the flip side, you should have tons of incoming cash to play with to help fund your rebuild.

Of course, managing Dortmund gives you the chance to unleash two of football’s most exciting young players on terrified digital defences in Erling Haaland and Jadon Sancho. You might not get to enjoy them for long, but you’ll be able to name your price for both when they eventually move on.

RB Leipzig are one of Germany’s most hated clubs – but FM20 is about winning trophies, not popularity contests, and taking the job with Die Roten Bullen will afford you the opportunity to laugh in your detractors’ faces as you pass them all by en-route to the summit of the Bundesliga.

With a squad filled with a lovely blend of quality and potential, you should be able to mix it with the division’s big-hitters from your first day in the office at the Red Bull Arena.

Some predatory clubs from abroad will come sniffing for the likes of Timo Werner and Dayot Upamecano, though you should be able to deflect their advances long enough to have a real tilt at the title.

Smart FM operators will maintain the club’s policy of snapping up the best youngsters from around the world, and that should ensure you have a steady stream of talent to call upon when you do lose a star player or two. 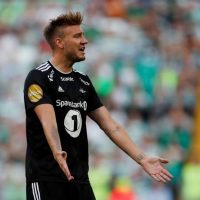 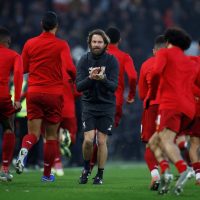